Why Modi is opposed by ‘Globalists’: Canada’s interest in our farms is a clue 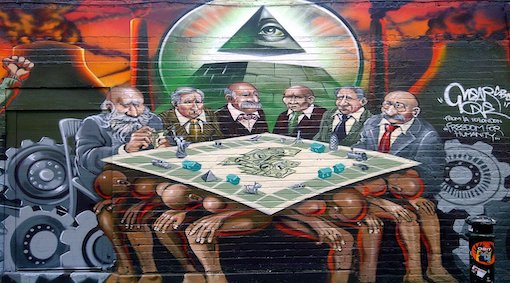 Tell people what they want to hear, and they will eat out of your hands. The 100 random MPs and Lords from England are no doubt really worried more about this and India’s almost total self-sufficiency in banking. The control that British banking had over shell companies which impacted everything in India is a deep subject – and one that is best displayed by the way Nirav Modi and Vijay Mallya parked themselves in London. When at risk, you need to be close to your money, right?

India, for the first time since the Portuguese and the British arrived on our shores with Cannon, Cross, Carta and Combustion engines, is on the cusp of seeing exports match imports. A complete economy of middle-men who survived on our economic slavery is being rapidly dismantled. Nowhere are the yelps of protest visible more than in a small little island whose steel and automobile industry India already controls and whose very currency as well as survival is now a big question mark..

In the long run, a country has to match its imports with its exports, otherwise it goes bust. No country can import from USA, Canada, China or keep its banking in England, indefinitely. Why, for example, are Canadians so perturbed about an Indian Farm Bill? . Simple. Canada’s “federal debt-to-GDP ratio rising from 31.2% in 2019-20 to 50.7% in 2020-21”. The complete economy of Canada is melting faster than the Arctic Wetlands. That includes the “kabootar” economy.

In addition, China & India are not buying any more pulses and lentils from Canada. Meanwhile, the United States of Anarchy next door is happening. Thus, very soon, Canada=Mexico (North). Meanwhile, in Canadian stores, atta and rice from India are now staples. I started my seagoing career working on ships bringing in shiploads of grains from Canada and the US.

“it’s not difficult to conceive of Indian agribusinesses becoming a net exporter of rice, cereals and other foodstuffs to countries such as Canada. And as food prices drop in India, our own exports of lentils and peas to India will likely fall. India is currently Canada’s biggest export market for pulses.” This is Canada’s real fear.

Again, it bears repeating, no country can import everything without buyers at home, and buyers at home in India can be there only if there is economic activity at home. Temporarily imports can be financed and purchasing power can be created, by borrowings or by exporting raw material. India financed its imports of China by exporting iron ore and coal, instead of producing steel at home, because the labour unions and the environmental mafia won’t allow steel mills in India. But still people on the ground did not have purchasing power. Higher bank interest rates and real estate flipping are not symbols of a flourishing economy.

Modi’s Government, which is India’s Government whether you like it or not, is also trying to revive manufacturing in India. He wants zero exports of iron ore and coal. But he will be opposed not by some ghost called “Globalists” but by those who earn commissions in imports, and by the forces who want to destroy India. If Indians can start earning their living in factories and farms in India, and consume what they make, they won’t be available for purchase of imports then. Toys are a simple example.

So Indian manufacturing is being killed and obstructed not by “Globalists” but by labour unions, commission class in Delhi, soul vultures, and other Breaking India forces. But they will blame it all on “Globalists.” Meanwhile, the Dedicated Freight Corridor rolls on towards connecting our hinterlands to our seaports and vice-versa. That is the real story of progress in India.

And you would lap up their stories, issued by the countries which want us to remain slaves, because you like big words like “Globalists.”

As we head towards the rest of 2021, our Prayers are with all the people currently in the midst of civil war conditions in Afghanistan, Yemen, Ethiopia, Burkina Faso, Syria, Libya, Iraq, North Korea, Venezuela and USA