With anti-CAA plank gone, Congress faces its worst crisis in half a century 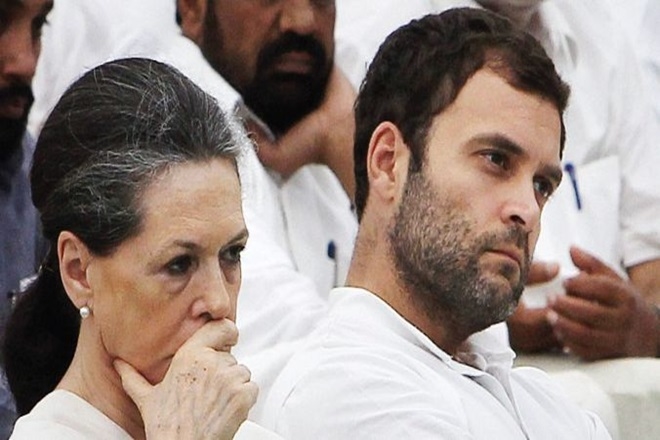 In these 24 hours alone, another senior Congress leader Kapil Sibal has struck a blow in the guts of his own party by stating that state governments have no choice but to implement the CAA. To make things worse, historian Ramachandra Guha perceived to be in Congress camp has called out Rahul Gandhi as a “fifth-generation dynast which young India doesn’t want.”

This is the kind of blow which could bring the Congress edifice crashing down. Not since its 1967 split, Congress has faced a crisis as grave as the present one. Dynasts are up against powerful rebels. It already had marginal credibility on national scene. It’s vote bank Indian Muslims now can’t trust it either. The anti-CAA protests were largely seen being led by Indian Muslims, arguably on the back of Congress-Left support, particularly in the case of students’ protests and Shaheen Bagh sit-ins. All this has now blown up in their face.

Before we look at the nuances, I would ask readers to first consider the following public pronouncements by these men:

“We (Congress) has to revive the culture of internal debate…It has literally vanished.”

“We stood against the CAB in the Lok Sabha…but we didn’t walk out. That’s the important thing.”

“I think the protests you are seeing, it would be wise for the Congress not to be seen to be orchestrating them.”

“I am not so sure whether state governments saying that we will not implement CAA will stand judicial scrutiny.”

“I know that the Kerala government has passed a resolution but it’s a political resolution.”

“Whether a state assembly passing a resolution negating CAA will pass constitutional scrutiny, I’m not sure.”

“We don’t support abrogation of Article 370…but once a decision is taken, you go along with it.”

“I was not part of Mrs. Gandhi as the Congress president. I see her as an interim full-time president.”

“If you look around the Congress party, you will find a large number of people who carry a lot of credibility. But yes, we are not being able to match up to people’s expectations.”

“It would be unconstitutional for state governments to say they will not implement it (CAA).”

“Constitutionally, saying that I won’t implement it is going to be problematic and going to create more difficulties.”

“If the Supreme Court upholds it (CAA), how can you say I won’t implement it.”

Ramachandra Guha, historian (Perceived to speak the language which Congress wants to hear):

“You (Kerala) made the mistake of re-electing Rahul Gandhi…One of the disastrous thing you did was to re-elect Rahul Gandhi to parliament.”

“Narendra Modi’s great advantage is that he is not Rahul Gandhi. He is self-made. He has run a state for 15 years, he has an administrative experience. He is incredibly hard-working and he never takes holidays in Europe.”

“India is becoming more democratic and less feudal, and the Gandhis just don’t realizeth is. You (Sonia Gandhi) are in Delhi, your kingdom is shrinking more and more but still your chamchas (sycophants) are telling you that you are still the badshah.”

All this in the last few dozen hours points to three things: One, internal opposition within Congress is now in an implosion stage; Two, its’ anti-CAA stand is being voiced down from serious credible voices within; Three, Gandhis are being called out as dynasts and internal dissension within the party has vanished.

Why have Ramesh and Sibal rebelled against the party line? Both Ramesh and Sibal are marginalized within the power structure of Congress and are not part of the all-powerful Congress Working Committee (CWC). Shashi Tharoor is also not in the perfumed list but he swallowed his humiliation in silence after being upstaged as Congress leader in the Lok Sabha by Adhir Ranjan Chowdhury. Jyotiraditya Scindia and Sachin Pilot also dissent too often. Gandhis’ rely on Ahmed Patels, Motilal Vohras, Anand Sharmas and Ghulab Nabi Azads in the CWC; and pulls out loyalists Ashok Gehlot and Kamal Nath for chief ministerships.

The dissenters have chosen their moment well. They have struck down “CAA” in public perception before the Supreme Court moves on it on January 22. This is bound to cheer up BJP/RSS and its’ considerable forces. It would also rise to anger within Indian Muslims who were shown the path of protests through misinformation on which the Congress is now backtracking. Punjab chief minister Capt. Amarinder Singh has legitimate reasons to believe he has been stabbed in the back. He couldn’t have got the assembly’s resolution and voting against the CAA without the nudging from the Gandhis. He has been sabotaged, perhaps deliberately, so as nobody gets big enough to replace Gandhis’ at the helm. These were the same Gandhis who were supporting Navjot Singh Sidhu against Amarinder Singh.

Both Ramesh and Sibal know they have acted against the party-line. Both know there could be repercussions. Both don’t have political bases so certainly they can’t swim alone. But both also don’t want to drown with a moribund Congress. They have exacted their revenge. The reverberations are bound to be felt in Maharashtra, if not in Madhya Pradesh and Rajasthan, where disgruntled Congress leaders and workers are straining to break free.