With friends like Indian Express, Kerala’s cause is gutted, not helped 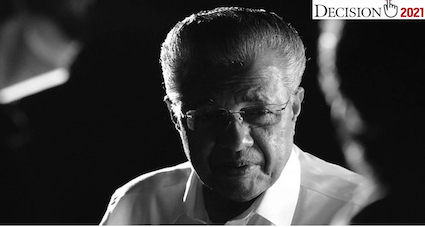 Indian Express has a three-column front page story today: “Only 44% of Kerala’s population is infected, 79% in MP: Serosurvey”. My first reaction was Kerala is paying for its honesty. That MP, no longer a national worry, must be doing less Covid-19 tests than Kerala which is contributing over 50% of India’s cases daily. I am sure you would gather the same glancing at the headline.

Serosurvey is a globally accepted norm to test antibodies in population. The lesser the numbers, bigger is the danger for more people catching the infection. More the numbers, lesser people in danger. It means that Kerala could be the super-spreader and hasten the arrival of Third Wave of pandemic.

A responsible journalism required that Indian Express worry than gloat, presumably, at Kerala’s honesty and other States’ dishonesty. If Kerala indeed is doing more testing per million than say UP, it’s because the latter has more people to test. By early May itself, UP had done over 4.5 crore tests than the entire population of Kerala. If there is indeed a “Kerala Model”, of more testing, better health management, how come Kerala is keeping India worried?

Now let’s say Indian Express believes lesser people are infected in Kerala because people are conscientious on SoPs: masks, distances, hygiene. Then what do we do with the latest report that Kerala has more districts of concern, with over 10% rate, than any other States? If Pinarayi Vijayan’s government is good with testing, and people are SoP friendly, why are the cases rising?

This is what ought to have concerned Express. If the State is good, the people are good, how come numbers are on rise and yet lesser people have antibodies? Now that we know Pinarayi Vijayan is just a call away from Indian Express, the newspaper should ask him these questions:

This is the moment when Express should urge the Centre to give Kerala more vaccines than is the quota. Vaccinate Kerala now lest rest of India suffers. This is no time to show your commie credentials by whitewashing Kerala and ridiculing other States.

Indian Express of this morning also caught my eye for another reason: If Kerala’s less infection was adorned their front page, another story concerning Kerala was buried deep inside their pages— that Kerala is getting no reprieve from the Supreme Court for the unruly behaviour of its ruling party’s MLAs in a 2015 case who had caused wreckage inside the assembly.

In what is seen as a landmark judgment, the Supreme Court has ruled that elected representatives could no longer go scot-free for acts of vandalism and violence inside a House. The Supreme Court was giving a judgment on an appeal by a Kerala public prosecutor to withdraw a 2015 case against the Left’s MLAs. During a protest against the budget of a Congress (UDF) government, they had damaged furniture and other material in the assembly. Police had filed various cases against the MLAs under Prevention of Public Property Act, 1984.

This is what Times of India today says in its front page lead:

“But after the victory of the LDF (Left) in the next polls, the Pinarayi Vijayan government called for withdrawal of persecution, citing privilege and immunity of MLAs.”

And this is how SC has responded yesterday: “Privileges and immunities are not gateways (For MPs/MLAs) to claim exemptions from from the general law of the land…to claim an exemption from the application of criminal law would be to betray the trust…”

The implications are obvious. If the MLAs are convicted, they cease being members of the assembly and disqualified the very day they are convicted. Since this ruling came in 2013, it doesn’t exempt the unruly Left MLAs of Kerala in the 2015 case. And that’s a major worry for Vijayan government.

Both the Serosurvey of Kerala and this verdict of SC are two different issues but both betray the coloured view of Indian Express. In the first instance, it has tried to “glorify” the honest testings by Kerala. In the second, it has tried to bury a landmark judgement by the apex court. Both issues show the Kerala government in poor light. In both cases, Indian Express has tried to assist in damage control. Against the common people of this country who they use as shield for “human rights”, “dissent”, “privacy”, “right to life” etc on its pages, whenever it suits them. When it doesn’t suit them, ordinary lives don’t matter.