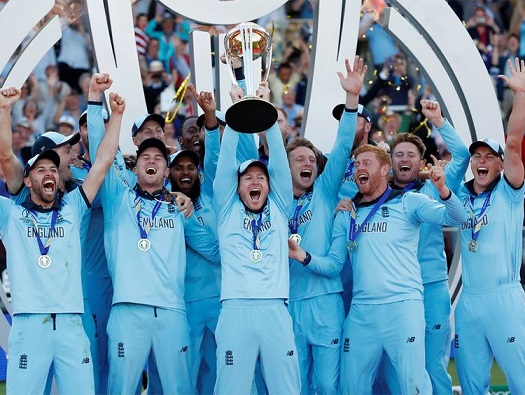 Just think of the cricket stars who were there in the World Cup 2019.  I mean Tendulkars and Pontings; Akrams and Warnes; Kohlis and Roots; Williamsons and Warners. Pure galaxy.  You must have also seen Clive Lloyds and Dave Richardson, ICC’s honchos in the gallery. Those many cricketers, commentators, journalists, game’s guardians. None of them could spot the silliest of rules: A tied game being decided by the boundaries hit.

How did it happen? I mean now you won’t find a single person on the planet who is not beating the silly rule with the stick of his choice. But who do you hold responsible? ICC which regulates the game but borrows the laws from the MCC (Marylebone Cricket Club); cricket boards who are bound to read and ratify the terms and conditions or the captains themselves who put their careers on line if not their necks to the knives of their countrymen? Who do we hold by the collar for the error of 9/11 scale?

This was cricket’s equivalent of 9/11.  A few box-cutters got into a few planes, took over the American skies, plunged the fuel-laden objects into two symbols of world’s capitalism and changed our world forever. We are still debating how they got into the cockpits when the CIA had forewarned White House of such a plan; when commercial planes were the preferred vehicles for terrorists of previous plots and when World Trade Center had been targeted before.

What do we tell the families who lost 3,000 collectively at ground-zero? The wars which followed in its wake? The destruction of Middle East, millions killed, raped and displaced? Refugees all over which has triggered the collapse of the Global Liberal Order as nations build walls around their boundaries?

Let’s rewind the clock and presume its September 10, 2001.  The world is in a preventive mode. Fighter planes are circling the Twin Towers and the airplanes have bulletproof doors. 9/11 thus never takes place. The guy who thought of bulletproof doors would get no mention in our consciousness. A line might appear in newspapers: “Joey, who helped avoid the 9/11 disaster, died peacefully in his sleep.” Instead, who are in our collective memory? Those fire-fighters, the New York mayor, the spirited bulls of New York Stock Exchange who are now stuff of legends.

Humanity has a way of presuming disasters won’t happen. The World Cup organizers didn’t account for such an eventuality. All those gurus and custodians with over a billion dollars under their belt couldn’t visualize what an idiot would they appear if a World Cup final was to be decided on boundaries hit. All those cricket luminaries. All those grave commentators. All our heroes. They refused to think, imagine. They were busy striking deals, making stands colourful, confetti and firecrackers were bought in truckloads.  A simple leap in imagination, a scenario imagined, would’ve warned them of a cricket’s 9/11 equivalent.

And we are still fooling ourselves. We are talking of the greatest game ever. Of a sage like Kane Williamson,  gladiator Ben Stokes and getting lyrical about the sleight of destiny. We are still in denial of our collective failure. Our inability to get beyond our comfort zones of matches played, won and lost; heroes found, villains emerged. Two imaginative kids in a room, playing a game of fantasy, would’ve warned us of such an equation.

So go beyond the spills and thrills of 2019 World Cup final. Engage a psychologist next time who would tell you we humans just never think of an unlikely situation. We protect ourselves with what we know; we never plan for what we don’t know. Look for those who take the reverse route and begin with what we don’t know. Only then we can transcend our follies which turn out to be catastrophic in hindsight.