You must’ve read of ‘Poor Farmers’ but never really met them: Here’s your chance 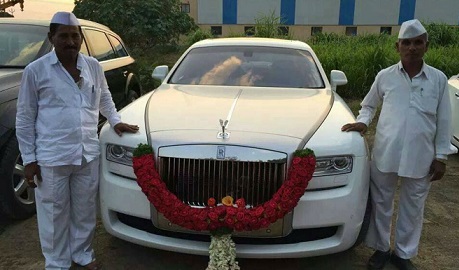 All of the last few days I have been listening to different variants of “but think of the poor farmer” in context with the Farm Acts 2020 and the agitation against its implementation. Which is also exactly my point – why do we have poor farmers in India even 72/73 years after Independence?

Let’s start with farmers who are not poor in India first, especially those who became not poor after 1947, and the reasons therein?

1) The best example of not poor farmers are those in the dairy sector on an all-India basis. Previously restricted to bovines only but now by extension to goats and camels too. The reality of the milk sector in India also known as the “White Revolution” did not happen by accident, nor was it without its share of heavy resistance. If anything, the “White Revolution” faced national and international hurdles of a sort never seen before in any country trying to develop an agri-produce backbone without having a war thrust on it – given how Vietnam was destroyed for rubber, as an example.

2) The next example of not poor farmers that I know of very well are the semi-urban semi-rural farmers operating out of small homesteads or even smaller in Kerala, dotted on the outskirts of cities and often co-existing near much larger estates, producing a variety of crops from amongst spices, herbs, medicinal plants, fruits, livestock, fowls/ducks and more and often even small lots of larger estate crops like rubber or coffee. This co-existence with larger farm estates is something which I have always admired – technology and information to the smaller farmers is easily available because of this.

3) Another group of not poor farmers which one comes across almost all over different parts of Central, South and Western India are what can be described as emerging middle class re-located Bihar, Haryana and Punjab origin people. Since I am reasonably fluent in the languages and dialects from all three States, getting the deep stories from this hardy bunch of settlers is not difficult and tends to follow the typical line of a younger brother moving off to another location with some amount of family savings or often not even that – what they do have however, is a determination to survive and do well and farming skillsets of generations. This group also tends to merge in with the locals in one generation. They also often have Armed Forces connections.

4) Much of rural Karnataka, Tamil Nadu and Andhra Pradesh as well as increasingly Telangana also falls in the category of not poor farmers. Here it helps that I am South Indian by marriage and have a large number of friends from South India because of my tenure in the Merchant Navy. Wandering by road in the Southern States is easier than anywhere else in India and the signs of visible prosperity in rural areas are spotted not just on the main roads but when you go off into inner parts too. There is the added advantage of coastal farmers (fishing trade, mostly) being affluent and well aware of the impact of climate change on crop patterns and thus changing with the times faster than farmers from inland and interior areas.

5) In all four categories listed above, of not poor farmers, there are some more observations –

a) The women are mostly economically aware and self-sufficient. They cannot be fooled, simple – anybody who has dealt with fisherwomen will know what I mean.

b) Primary education, preventive healthcare, local law & order, sanitation, drinking water and other basics are brilliant and I have seen the improvement in the last 2-3 decades

c) In many districts, especially Karnataka and Tamil Nadu, almost complete districts have weaned themselves off crystal sugarcane and paddy is local variants.

d) The political, feudal and goon lobbies have come down. Farm machinery is usually on a sharing basis, with some districts having apps which automate the process.

e) Most importantly, there is an awareness without unnecessary aggressiveness, and it shows in how they relate to “outsiders” who try to speak with them in their language. This is also because land title issues are often easily resolved.

The process of giving or maintaining land ownership documents in the name of the women in the family in some parts of India is another reason why progress and not poor farmers flourish. But I am not really competent to go deeper into that aspect of farming – but it is, simply, there. And this ties in with the coastal concept that land as well as women are not “property”. Which is a much deeper subject that people who live inland find difficult to understand or digest.

There are more pockets of not poor farmers all over India, I have not touched the vast improvement in the North-East and the Hill States because it has been a while since I have been there, but reports speak of good emergence of not poor farmers in especially the North Eastern States.

So why do we have poor farmers in some States of India, notably a few North Indian States, currently represented in the farmer protests in Delhi?

That’s a very simple question to answer but maybe the readers who are really interested can go walkabout and find out? No?

In one word – exploitation for whatever reason, and there is no shortage of such reasons. And that exploitation starts with one big elephant in the room – how easy is it to rent, lease or buy agricultural land with clear title in States that have poor farmers? It starts from there.