A street called India: Where the Might of the Law is at its nakedest 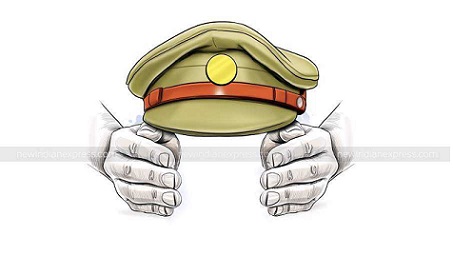 Did you also read this article and wonder why something similar is not happening in India?

My first step ashore as a seafarer to Singapore in 1975, as soon as the boat brought us to Clifford Pier, was right into the smiling arms of the Law. A tall, genial, bearded, turbaned Sikh Police Sergeant asked me in clipped Singapore style English if I wanted a free shave and haircut or if I wanted to first pay a fine and then go for a free shave and haircut. Trying to find a middle path, I showed him the “kada” on my wrist and cracked a stupid joke in Punjabi about his long hair and beard. In return I received a long serious stare – with a response in cold icy Singapore English that he would have one of his constables escort me to the nearest Gurudwara, where if I could prove that I could tie a Sikh turban, I was free to retain the turban on my head and proceed.

I opted for the free haircut and shave and received broad smiles from all the cops present. One of the younger cops also slipped me the visiting card of a nightclub and told me to take his name, I would get 33% off, on beverages as well as babes or boys.

This was not my first experience with the “either-or-option” approach of police forces, or for that matter all bureaucracy, in most countries other than India by then. But it showed up best with what I saw on subsequent trips to Singapore in the way they dealt with efficient use of resources without waste, in this case in the context of food on the move for a huge mixed population in a city short of space, which now has reached heritage status about 40-50 years later.

Singapore in the ’70s was a free-wheeling city-state. Legends from older seafarers spoke about how anything and everything to satisfy every known and unknown human taste was available – genuine, fake, legal, illegal. Some of my best evenings were spent at Bugis Street (also known then as Arab Street) talking in English, Hindi, Punjabi and Tamil with the trans-gender street-walkers who would gladly wriggle daintily on your lap and more while you went through a crab as big as your thigh and beer served in pitchers many times the holding capacity of your bladder.

But it was the way available public space was used for a huge variety of wares, including global food, served healthy and clean, which caught my observant eyes. Like the Sergeant at the boat jetty, the stall-operators were given an option, keep it clean and tidy – or else keep it clean and tidy and pay a penalty.

For example – I spotted policemen, usually a pair of elderly genteel and young tough, armed with nothing more than a small baton (no lathis), strolling around, keeping an eye. The moment they spotted anything wrong, they would call the perp with the crook of a finger, and then take a Polaroid photograph of the flaw or offence with the perp in the frame standing next to the older senior cop. The perp, whether street hawker or street-walker, would sign the back of the photograph, put the time and date, and mostly that was that. The stall would be cleaned up, the street-walker would adjust her/his dress and stop playing with clients in public view, and the point was made. In a side-street somewhere was usually parked a paddy-wagon, out-of-sight, with more police waiting in case called by the blow of a whistle or the crackle of a walkie-talkie.

“We now free of British, La”, is how it was explained, “these are my own Singapore people, La, no?”

Cut to India and street-food as well as street-walkers.

Committee van appears over the horizon. Spotters run ahead. Grapevine alerts the street. Stalls are dismantled. Stalls are knocked down. Wares are spirited away, Seizures are made. The young usually manage to save their assets. The older and the infirm and especially the women run wailing behind the committee van. And always, men with lathis, whether in uniform or civilian clothes. Implementing the Might of the Law.

A few hours later, deals will be made, goods returned. Street vendors and street walkers will return, suitably informed about how the Colonials never left, and fall deeper into debt as well as worse.

We are still not free of the British way of doing things in India, 73 years and counting, and it is high time we changed. And street food would be a great place to start, bottom up, for a top-down improvement to spread the message that “we now free of the British,”

There does appear to be some change in the air, to be fair, in some cities. Ahmedabad is just one example. I know of a few more.

But Delhi, Mumbai, Kolkata? I am leaving out the Southern States because huge improvement with street food and open to the road kind of eating places have taken place there.

It is the most populous metro cities and the Gangetic Belt which has a long way to go. And which has some of the oldest street-food traditions as well as cultures also.

Will we see some improvement, there, then? At this juncture, all we seem to have managed is rules and more rules. And the lathi to impose those rules.