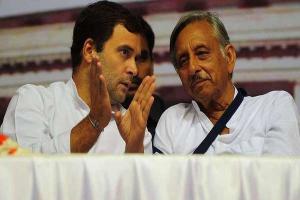 Mani Shankar Aiyar’s re-induction in Congress is a disturbing news from multi perspectives. The act was bad, the timing was bad and the case against Congress as speaking for our hostile neighbours is now an iron-clad one.

Aiyar was suspended last December for calling Narendra Modi a “neech aadmi” during the Gujarat elections. The language was abusive and the Congress feared a backlash from the backward community in an election it wanted to win at all costs. Now the man has been brought back into the fold by Rahul Gandhi and no explanation has been forthcoming from the Congress. The least the party could’ve done is to spell out why Aiyar’s misdemeanour no  longer embarrasses them.

The timing of Aiyar’s re-induction was bad too for Congress is facing great flak on account of one of its ministers in Punjab, Navjot Singh Sidhu, acting a buffoon on his visit to Islamabad during Prime Minister Imran Khan’s swearing-in ceremony recently.

Aiyar, in the past, has professed his love for Pakistan in no-uncertain terms and his re-induction, while Sidhu is facing the nation’s ire, is quite insensitive on Congress’ part. It was Aiyar who had arranged a dinner between former Prime Minister Manmohan Singh, vice-president Hamid Ansari, a retired chief of army staff and a Pakistani delegation during the Gujarat elections. That Congress first chose to deny the meeting and then wilt under the incontrovertible evidence carries a tale of its own.  The WikiLeaks inform us that Rahul Gandhi had told the US ambassador he was more worried about “saffron terror” than Pakistani terrorists! At once, it’s a reflection on visceral hatred for rightwingers; and a soft spot for rogue Pakistan.

It does put Congress commitment to nationalism under lens, forget the hurt it causes to our soldiers who identify Pakistan as the source of violence and terrorism in Kashmir Valley which has cost thousands of their own brethrens and India its’ brave men.

From Rahul Gandhi visiting the Chinese ambassador during the Doklam stand-off; Manmohan Singh releasing a former Pakistan General’s book; Digvijay Singh going public with his “India-occupied-Kashmir” remark; Farooq Abdullah claiming India can not take back Pakistan-occupied-Kashmir” and now with this cover of protection to Sidhu and Aiyar, Congress looks happy in the company of our enemies and that’s a cause for distress.

And to think how Congress had moved heavens when former President Pranab Mukherjee had decided to visit RSS headquarters earlier this year. A legally-administered mass-based social institution was vilified worse than a Congress would ever do to Hafiz Saeed and his dreaded terrorist outfit, Lashkar-e-Taiba.

Indeed, whether Congress likes Pakistan or not is no longer even a question. The real query is why a set of politicians are willing to go against the national sentiment and show bonhomie towards Pakistan? Why Lutyens Media appear an accomplice to this “aman brigade” in complete disregard to facts and nation’s security?  What does Pakistan and its “deep state” know about a few men which the nation is not privy to? What are the “dirty secrets” which makes such forces pliable in the hands of Pakistan and its’ Inter-Service Intelligence (ISI)?