‘Akhand Paths’ in Shaheen Bagh: I mean how far we are from it? 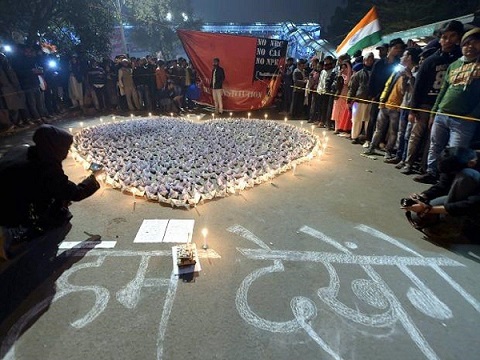 Meanwhile, out there in the streets, while India was celebrating Independence Day 2020 and suffering the meltdown on their cricketing heroes, events were shaking the world of Bollywood and of those who were all for anti-CAA and anti-removal of Article 370 the other day but now find the PIN codes of their plastic changed.

Wicked thoughts come easy to me and so it is at the moment when I read the anti-CAA stars are now crossing over to BJP in dozens. Who knows Shaheen Bagh would now be known for its “akhand paths”—all-season, unceasing.

Such co-operation is news to innocents but we sea-farers have long watched anti-faces in public, clinking glasses in the shade. Arabs and Israelis, perennial enemies, have long swapped oil/transportation with agriculture/water. Thus UAE-Israel 2020 peace deal looks a Tsunami to my friend who allows lines on his web-magazine. But Israel-Egypt in 1979 and Israel-Jordan in 1994 are still in the attics of my mind.

Who do you think are anti-Israelis amongst us? Well, I don’t have Aamir Khan in mind who is said to have avoided a meet up with Israeli prime minister Benjamin Netanyahu but happily posed for cameras with Turkey’s president Recep Tayyip Erdogan. Just this week his photos were all over with Erdogan’s wife. All in the midst of Covid-19, travelling to Istanbul, and finishing his new movie on Turkey’s soil. Such men are true ambassadors of art, culture and freedom.

Why the thoughts on anti-Israeli lobby is kneading my mind? It’s quite reasonable actually since there’s a deafening silence on the new Middle East deal from the usual suspects in India. Instead, I now see that Shaheen Bagh is turning saffron. Why, the Urdu-speaking and writing leader of the huge Nursery near my house is now a RSS member of good standing.

You have to take me on my words that a certain “Ashrafi” class of a certain community is hurting at this Arab-Israel love-fest. This set of people claim and are proud of their forgotten Arab and Persian ancestors. They still feel they are born with hereditary rights. One of which of course is their birth-right to lord over the rest of us, “sultan” us over if you may, the Kaffirs and Slaves as others are.

What I refer to often as the Baba-Baby Log Gymkhana Class – their days are over. The few words of Arabic interspersed with some random Urdu street-level mushaira waah-waah stuff is not going to carry them further. Even Bollywood has figured it out, thus, Istanbul. What they forget is that the trade and cultural linkages of the Narmada and Tapti with Constantinople are way, way older – much older than any Mughal-Gangetic lineage.

Right now, they, the Ashrafis and their handymen plus handmaidens, are in a shock. Maybe it’s the thought they would have to learn secular Turkey’s language and keep their Arabic books in the store for the time being. And then going and knocking at the doors of the Stamboul to ask for the fresh PIN codes for their plastic. “Pehle AAP, Pehle AAP” perhaps won’t work any longer. It did not work for Farukhsiyyar. It didn’t work for Wajid Ali Shah either.

Humour over, let’s get this straight: Arabs are playing dost-dost with the Israelis. And it’s a windfall for the real Indians. The Indians who work. And want to work.

It’s all about Right to Work & Will to Work

It’s all about the Right to Work, and if we don’t realise that, then we are likely from a category of people who (a) don’t work because work is for the poor and (b) therefore keep saying “what about the poor”. Preferably at 5-star soirees, with dainty ultra-fair progeny in chiffons emerging out of the visits of the harems of Mughals to the clubs for the White Men, subsequently nomenclatured nawabs and begums. Now you also know the truth on what the true background of our colonial clubs was all about. Lonely white males looking for classy company. Brown men and working class not allowed.

To start with, for the working classes, the religion or the flag of the employer stopped meaning anything centuries ago. That is the simple truth. Everywhere in the world. As long as those who worked were given the freedom to continue with their Faiths and their Traditions, it really didn’t matter and there were as well as are many reasons for this. The Indian diaspora all over the world, across the oceans, regardless of how they got there, is enough proof of this. Likewise, is the history of soldiers from martial classes.

Third, for the Indian National Bottomline, getting fatter in more ways than one, we need go no further than two simple factors – the foreign exchange reserves of India now exceed those of Saudi Arabia’s, as one example, and are growing rapidly. More interestingly, the inward remittance economy has never been higher, more, easier and transparent than it is now. The transaction cost of an inward remittance till a few years ago was usually between 4% and 7% as a loss to the parties concerned, especially the smaller ones of a few thousand rupees inwards. Today it is close to 0%, often free for smaller amounts, and the reason for that is centred around some brilliant quiet steps taken by the Modi government in the last 6 years, which deserve a separate article. For now, just digest how strong the RuPay has become, and how GE-CAPS plus cohorts have done an exit.

Regardless of religion, no more will we see “xyz religion candidates may only apply” kind of advertisements. And the agricultural revolution Mark 2.0, with huge Arab-Israeli participation, is already underway. India as the bread-basket of the world is a role that is long overdue.

Willing worker, will travel, will get paid. Anywhere in India and the world. Do be aware, West of India, the first Ahmediyya mosque / dargah, is in Israel. And that is a deep one for anyone who claims to want to understand Islam in India, and the real glory therein, which is also part of the Indian mosaic. Not this Bollywood trash.