BJP: It’s time to worry about India; and not just Poor India 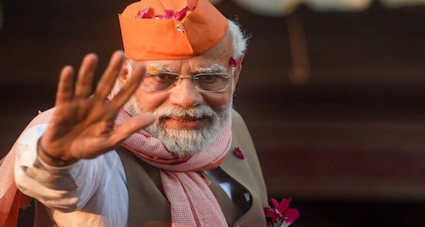 Next week, the talking heads of Opposition would use the Parliament session to see if they gel.

Sure, the Thackerays and Pawars; Stalins and Vijayans; Mamatas and Kejriwals, and other wannabes of AP, Odisha, Telangana etc see an existential threat in the BJP.

It’s not PM-ship. They are not looney enough. But the fire has crept up in their own lawns. It is taking down their veils and shrouds; drapes and curtains and the golden vaults can’t be hidden any longer.

The goal is easy; it’s the journey that’s Everest-esque.  Nobody gives a damn to them outside their states. Shiv Sena, in case you didn’t know, had less votes than NOTA in UP, Goa and Manipur. Same with JD (U) in UP. Mamata suffered her Tripura in Goa. Asaduddin Owaisi has been cut to size. It’s the AAP alone which now has footprints outside its home base. (Congress is not even in discussion.)

The trouble is Kejriwal could brag “revolution” to beholden media. But bluffing the hard-nosed inside a drawing board is another thing. All of them know he can’t deliver the moon he has promised. Where’s the money in Punjab? What do you do on a land which has run out of water and top soil; without infra and industries; whose youth either run abroad or smoke stuff; and bankrupt treasury?

Kejriwal and others would come unstuck on agreeing to joint message to masses. AAP abandoned anti-Modi rant long ago; Others have their needles stuck on that very groove. AAP, a giant-slayer of dynasts in Delhi and Punjab, would look funny smiling with other dynasts into camera. They would talk of poor; Others of families.

Let’s say, Others swallow their pride and stand behind Kejriwal’s mace. Two substantial numbers could come from Bengal (42) and Tamil Nadu (39) and 20 put together from Delhi and Punjab. That’s 100 for you: And way off 272 you need for majority in Parliament.

Rahul Gandhi and others still don’t get it. Mouthing Modi only gets likes and retweets; paid write-ups boost ego but not necessarily votes. You can’t turn up on Election Day and hope to sweep the floor clean. There is a process you need to buckle down to and that’s to do good to the last person in the row. Or the day soon comes when you run out of money to pay the propagandists.

This alone is not in BJP’s favour. When you block roads, hinder CBI, ED or NCB, appease Muslims to the detriment of the nation, have nothing but caste and asmita to fall back upon, you don’t derail BJP—rather you consolidate its vote bank. It’s you who end up polarizing the electorates.

A common citizen wants security of self; the benefits of food, education, health etc be made available. He feels empowered when the system listens to his grievances; when visible corruption doesn’t dog him at every step. When the boundaries of its nation, and the martyrs who laid down their lives, remain the non-negotiable sacred.

Sure, there is India beyond elections. Beyond the political parties which jostle to control it. Seven years on, BJP looks good for another seven years. It also must take the next step towards governance. It must bite the bullet on farm laws, Uniform Civil Code, Citizenship laws etc which remain pending or annulled. One also hopes it would have an answer to anarchy which would keep happening on one pretext or other. If the idea was to expose how nefarious the anti-India brigade is, and that Hindus wake up to the challenges facing the nation, that objective has more or less been achieved. It’s time to worry for India, and not just Poor India.