But then Sanyal, how do we keep 21st Century issues firmly in our gaze? 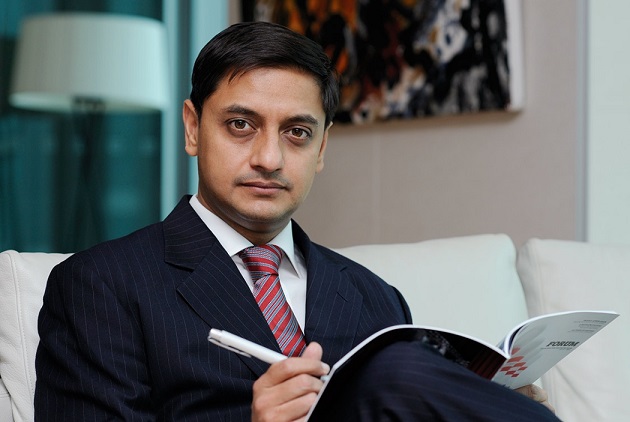 Sanjeev Sanyal posted a twitter thread on Saturday where he implored discussions on the 21st Century issues rather than being mired in historical characters like Veer Savarkar, Bhimrao Ambedkar and Mohandas K. Gandhi.

Sanjeev Sanyal is much admired for his books, certainly among young readers, and that he is also an accomplished banker/economist, he has been sought out by the Indian government to roll out the roadmap (I know he loves maps) for the economy.

So what are the 21st Century issues? Howsoever we define them, I presume Sanyal certainly doesn’t have in mind the political/ideological issues which keep us grounded. When we need to fight water, food, health, pollution, population, jobs, education, terrorism etc on a warscale, when survival is at stake, how winning or losing debates are going to help?

But then how do we fight the 21st Century issues when water is dragged down to Narmada-Kaveri disputes; food to loan-waivers for farmers; pollution to Deepawali but not Bakrid; population to South feeding the teeming millions of BIMARU states, jobs to turf wars on data, education to midday meal scams and terrorism to human rights issue against “stone-pelters”?

The truth is Sanyal has a composite India in mind but there are 100s of India within the geographical combine. Everyone’s idea of India is different from others (Remember, the odes which were written for Pt. Jawaharlal Nehru on the 50th year of independence in 1997? Would the same be feasible when India hits 75 in 2022?).

India is a political entity which has a different culture, tradition, rituals language, food, clothes, caste, colour,creed every 100 kilometres. These mini-Indias soon enough acquire a local leader who, in order to protect his turf, takes his captive audience on a trip—often fake–of its’ past glory, its heroes, and the injustices. The sharper the distinction these leaders can draw for their constituents, better are the prospects of their longevity. That’s how Sikhs, who only saw themselves as protectors of Hindus till the 19th century—just count the numbers of temples Maharaja Ranjit Singh built–now talk of Khalistan.

Our founding fathers knew of these issues. They drew a brilliant Constitution. They recognized India could only function as a federal entity. States, but for a few matters, are almost autonomous. Everyone is allowed to have a voice; stifling it would be the end of India we know. So 100s of India are embedded in our Constitution.

Now Sanyal, how do we solve this dichotomy? The first one of course is education. Education brings aspirations, aspirations in turn progress. A critical mind is better suited to break the matrix of false history and false narrative spun by our politicians and media, clearly hand in gloves.  But then how do we get this unbiased education when our schools which prepare us for our jobs, won’t allow it? When “Veer” Savarkar is demonized; mentioning Godse is a slide to oblivion? Why should we look for Savarkar when chanting Nehru is more practical?

It’s clear we made mistakes in 1947. The foremost was to lock our heritage in a closet. To hug ideas, policies and a foreign language which were alien to our ethos. To subdue Hindus so that Muslims remain appeased. It was only a matter of time before a majority makes its presence felt in a room, as it always does. How long it would always be about Ghazni and Ghouri; Babar and Aurangzeb; and not about Brahmagupta and Varahamihira; Sushruta and Bhaskaracharya? How long Vijaynagar empire would remain eclipsed by Mughal dynasty?

Sanyal is not alone in knowing the real dangers India has ahead. But like Sanyal, they too can’t set a narrative. When our front pages are only reserved for politicians, what hope people have? When our school textbooks are only an outreach for our “Deep State”, how does India connect with its soul?

It’s clear out institutions are failing us. Judiciary, bureaucracy, Media, Election Commission, Enforcement agencies etc. Or why a country as corrupt as India has so few persecutions? Who knows if India of old, god forbids, returns with vengeance after Modi?

So Godse and Savarkar in a way are good when narratives other than Gandhi-Nehru are not permissible. Even if Sanyal and I don’t want it, people with their buttons on social media would press. And they must too—we have seen how RSS reluctance to take on Left-Liberal’s quest for our minds has allowed the latter a suffocating hold.

It’s for those who are officially tasked about water, food, health, education etc—policy-makers like Sanyal himself and bureaucrats—who should keep India ahead of selves. Let India rumble in a cacophony. For haven’t we paid enough price for our silence?