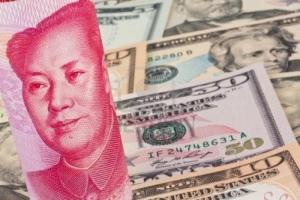 All is not bleak. Our columnist Rhea might see little hope for BRICS Bank. Her view is the reserve currencies which the BRICS are trying to forge, against the mighty dollar, is doomed. In her view, heavily indebted nations, such as India, Brazil and South Africa, can only make financial commitments in dollars alone given their bondage to IMF and World Bank. The agenda of a dollar-free world is thus a non-starter.

Rhea is right but only partially. She hasn’t included Shanghai Cooperation Organisation (SCO) for a broader view. She hasn’t accounted for China and Russia, the two heavyweights driving both the BRICS and SCO groups. Now that a SCO Summit follows right on the heels of the BRICS parleys, it is only logical we look beyond just the BRICS Bank.

Last year in June, China and Russia signed the “deal of the century,” a $400 billion energy agreement for 30 years. This gas deal was sealed in their national currencies of yuan and ruble. World’s greatest energy producer Russia selling to world’s greatest energy consumer China. Till then, all oil and gas trade had happened in US dollars. All trading nations needed to have stocks of US dollars. China and Russia broke this mould, a major dent to petrodollars. In October, the Chinese and Russian central banks signed a three-year, 150 billion yuan-ruble bilateral currency swap deal.

It was a major step towards an alternative monetary system. IMF itself has conceded that reserves in other currencies in emerging markets have gone up by 400 percent since 2003. In that year, 90 percent of world’s reserves were in dollar-securities. Today, the figure is less than 60 percent. Many nations have begun to stock up currencies other than dollars. For instance South Korea has increased its yuan-holding by 25 times!

This could pick up pace in coming years. Those countries which presently are afraid to seek an alternative to US dollars could join the bandwagon. A BRICS currency, like Euro, could come into circulation.

Most of the world today is afraid of US-imposed financial system. They are afraid that dollar could be manipulated; that the “free market” Washington theory is only a ruse to plunge nations into a debt trap. The impossible terms first induce austerity and major tax cuts. It turns economy deeper into morass rather than let it grow. Next stage is further loans to pay off previous loans. Soon enough, the financial sharks would ask the nation to let go on its state assets such as ports and industries. Essential services such as water, health and education would take a beating. Failure to do so would invite severe sanctions as Greece or in a different context, Iran and Russia would testify. Such ruthless financial measures destroyed Latin America in the 1990s and early 2000s.

BRICS are following a different approach. They want a nation’s currency to work for the betterment of its people and not necessarily for its elites. BRICS want a currency system that is backed by gold and other such collateral securities and thus step away from US-centric global financial system. Emphasis would be on infrastructure development such as transportation and telecommunication and social sectors. Indeed, BRICS is only adopting a method which the US itself followed to pull itself out of Great Depression of 1929. That’s how Japan and South Korea began their manufacturing boom post Second World War and Korean War.

Would US let go on its dominance so easily? Well that’s a very scary question. The only thing keeping US dollars afloat, despite its massive debts, is its military power the likes of which has no parallels in history. It squeezes a nation’s wealth and resources and offers in return a green paper which has far far lesser collateral security. How it would react is a million-dollar, err…million-yuan question.