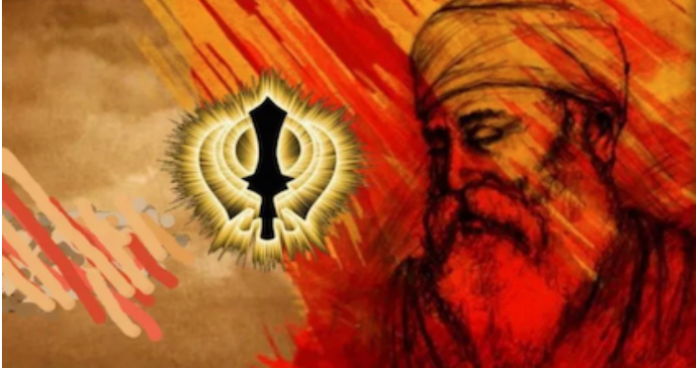 There is no sense looking at the 2022 Punjab polls from the perspective of BJP even though it’s going solo and aims to contest all 117 seats.

BJP were afforded only 23 seats in the last assembly polls by its dominant partner Shiromani Akali Dal (SAD), mostly in the rural Dalits and urban Hindu segments while Sikhs, some 63% of the population, were seen the preserve of SAD. Indeed, BJP would struggle to put up a Sikh face in most of the constituencies and would heavily rely on defectors who are denied tickets by its rivals.

But it makes a lot of sense to view the present Punjab from the lenses of Dalit Sikhs, or what passes off in its name, given that Sikhism is founded on elimination of caste and prejudices.

Reality is far more perverse. The holy Gurus never wanted Sikhs to use any other surname than Singh or Kaur as per the gender. But the census tells us that there are some 25 castes—Jats, Khatris, Aroras, Ahluwalias, Sainis, Ramdasias, Mazhbis, Rangretas etc— who make up the Sikh fold in the state.

It’s Jat Sikhs who dominate in Punjab as they are agriculturalists and landowners and the so-called “Dalit Sikhs”, some 32%,are largely divided into two communities: Mazhabis and Rangretas/Ramdasias and Ravidasias. The first lot makes up of scavengers and sweepers; the second ones are your traditional weavers and leather-workers.

Caste arithmetic leaves Dalit-Sikhs powerless; they comprise only 0.72% of those who own agricultural land and most end up working as labourers in the fields of Jat Sikhs. Discrimination abounds though it’s not mentioned in our Lutyens Media: Dalit-Sikhs can’t use the utensils used by the upper caste Sikhs; there are separate cremation grounds for Dalit Sikhs, there are different Gurudwaras for them too as the ones of upper caste Sikhs often have doors closed on them.

A retired professor of political science, Harish K. Puri is quoted for saying that in settlements in rural Punjab, the lower castes are supposed to live on the side where water flows and brings dirt and debris along with rain.

It’s this stark divide which leads to formation of Deras where Dalits gather force. Some get converted to Christianity as there are whispers on the first “Dalit-CM” of Punjab on the basis of a cross adorning a wall in his home.

So forget if Dalits would ever be empowered in Punjab. At best, the new chief minister, is a cosmetic change. He could only be keeping the seat warm for Navjot Singh Sidhu once the Punjab polls are over. Congress, with or without Capt Amarinder Singh, is unlikely to face much trouble given Badals are still trying to shake off their complicity on the three farm laws. BJP could rake up the 1984 Delhi riots, brag about the Kartarpur corridor being opened by them, and the 550th Guru Nanak birth anniversary celebrated in 2019, but they got a mere 9% of votes in the 2019 general polls and the farm laws would only have dented even this threshold.

Why Hindus Are Irrelevant In Punjab

It should still concern Hindulogists as to why a state with 38% of population which practices Hinduism is still so irreverent to Bharatiya Janata Party (BJP). Is it mere the clutch-hold of upper-caste Jat Sikhs on farms which makes this sizeable Hindu community amount to nothing in Punjab? Or is it that by now well-known inability of Hindus to vote en masse as is the case with Muslims? Is there a corollary worth mirroring between Bengal and Punjab, or elsewhere, for Hindus to wake up to their sloth?

As for Sikhs who would embrace the perpetrators of 1984 riots but shun Hindus, it’s worth recalling who saved Sri Harmandir Sahib, the Golden Temple, during the bloody days of the Partition: None but the Rashtriya Swayamsevak Sangh (RSS).

It was on March 6, 1947 when the Muslim League had encircled the Golden Temple and looked set to destroy it. It was RSS swayamsevaks of Amritsar who thwarted this bid and fought a pitched battle against them.

The Muslim mob had marched at the holy site with slogans of doing a “Abdali” (who had blown up the Harmandar Sahib on April 10, 1762) but they were repelled by RSS which had posted 100s of its men around the holy shrine. Indeed, the RSS guarded the Harmandir Sahib for a full one year, round the clock.

All of this could be read in the book: “Partition Days”, available on Amazon.

That Sikhs would vote for anyone but BJP ought to be a matter of public discourse. They would vote even for Aam Aadmi Party (AAP) but not BJP. What explains this anathema? It can’t be just farm laws for it has persisted for decades now. It just can’t be Khalistanis and media’s propaganda too for even at grassroot level, Sikhs are not prone to vote for BJP. The only logic is that Sikhs wish to fiercely protect their identity which could be lost were they to side with Hindus’ BJP. That’s as far as political positions are concerned; at the personal level though there is no amity lost between the two. This political position too is no more than two centuries old.