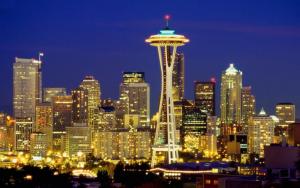 This week, People’s Bank of China devalued its national currency yuan to an extent that stock indices fell over 8 percent, and another 7 percent the next day.

The oil prices plunged to their lowest in six years.

It was market’s biggest one-day loss in two decades.

The world panicked. But China is cool. On two fronts, the move is deliberate—a sort of testing of waters. On another front, it triggered on its own. Let’s first examine the unforeseen development.

China’s stocks went down because small Chinese investors were borrowing from loan lenders to buy stocks. A lot of Chinese tried to get rich fast by riding the stock market. It pushed Chinese stocks up.

China lately has been trying to shift its economic base from exports to manufacturing.

They were conscious of the financial terrorism that the United States could unleash, like they did in the Asia crisis of 1997.

They China began to export a lot, developing huge international reserves in a bid to make itself independent of West.

But now the US is not growing, European markets are stagnant. Besides, why should a Chinese all the time put his labour in producing stuff for Walmart and Apple? Why not increase the manufacturing base so that an average Chinese is richer and the economy looks up to everyone’s benefit. After all, China can’t export big to eternity. More so with the United States intent on causing war and destruction in most parts of the world.

That’s what the state government have in mind. Where the matter went out of hand is that the Chinese took the money; instead of consumer goods, they bought stocks.

And then the market did its correctives, the stocks tumbled. But it’s an internal matter for China. They would find a way out of this impasse: as their diversion of over $500 billion dollars from the pension funds into the economy shows. Chinese stocks are still above what they were at the beginning of 2015—a matter which has been ignored by financial experts.

Now the two motivated reasons for China which could be behind its deliberate attempt to slow down its economy. Once it hit the brakes, its’ going to be disastrous for the sky-high valuations of US stock markets, an over-riding ambition of China at this stage. The ground has been successfully tested this week.

The idea is to bring about a collapse of dollar as world’s reserve currency. It’s a set up for an entire collapse of global economy. There is a method in China trying to slow down its economy and all this while insulating themselves from its disastrous fallout as much as they could.

A deposit in a Chinese bank brings you almost no income. However, the bank offers wealth management products that pay up to 7 percent.

The depositors are lured. They deposit their money. The State take the money out and buy mortgages on worthless, inflated and bubble assets that are bound to crash.

For example, China is building several new cities. Dozens of them. These are virtually white elephants. A kind of ghost cities. A whole cluster of skyscrapers, luxury hotels, high-end shopping malls, highways, airports. But they are empty.

It’s much like the US before 2008 as new construction, as a percentage of GDP growth, grew to 16 percent. But in China, in the last three years, the construction has been 50 percent of the GDP!!! In the US, before the crash, it took about 4.3 years of income to buy a typical house. In China, it takes 18 years.

Clearly, the Chinese can’t buy this sort of stuff. So the prices would collapse. The world markets would be in turmoil, including United States. Dollar as world’s reserve currency would take a major hit.

The second thing China has done is to acquire more than 3,000 tons of gold in the past four years. Their secret gold stockpile has skyrocketed.

In 2014, Song Xin, president of the China Gold Association, stated: “We need to establish our gold banks as soon as possible..it can further help us acquire reserves and give us more say and control in the gold market.”

A gold sector fund involving countries along the Silk Road has been set up in northwest China’s Xi’an City this May, led by Shanghai Gold Exchange (SGE), part of China’s national bank.

China is the world’s largest gold producer. Among the 65 countries along the routes of the Silk Road Economic Belt, there are numerous Asian countries identified as important reserve bases and consumers of gold. Xinhua reports that 60 countries have invested in the fund, which will facilitate central banks of member states to increasing their holdings of gold.

It’s hedging against the collapse of dollar—an economic suicide mission to attack America.

China’s banking system is highly leveraged. They also have a shadow banking system that’s now $7.5 trillion industry and up 4,067 percent since 2005.

One by one, China is trying to insulate itself against the financial terrorism which US is known to unleash. Russia and China agreed in 2014 to take down the petrodollar—by agreeing to have a $400 billion dollar energy alliance traded in their own respective currencies. Such bilateral trade increased by nine times in 2014. About 100 Russian commercial banks are now openly corresponding accounts for settlements in yuan.

Concerns about China don’t reflect in the statistics coming out of the country. So far it has been a small devaluation, intended primarily to strengthen China’s demand that the IMF include its currency in its reserve currency basket.

Why has IMF grown so central to survival of both US and China in financial world markets? The issue is laid bare once we take a closer look at US economy on the other side of the Pacific Ocean.