First Patanjali, now ICMR: Why Indian Express is in a rush to discredit them? 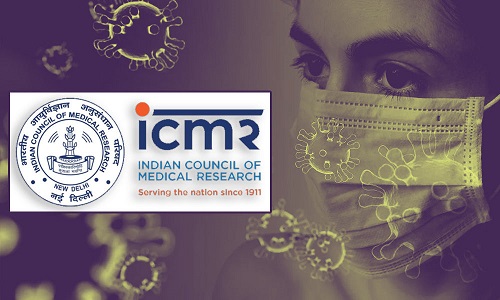 Indian Express is breathless. It has two Front Page stories today on a Corona-Vaccine claim by the Indian Council of Medical Research (ICMR), made a few hours ago.

ICMR, in its Thursday letter, had claimed that it has partnered Bharat Biotech in developing an indigenous Corona Vaccine—Covaxin–which it plans to introduce for masses after Phase I and Phase II human trials by August 15. It has asked the 12 selected hospitals to make haste in view of “public health emergency.”

The headline of the first Indian Express story: “Vaccine by August 15: Scientists say ICMR claim absurd and risky” suggests that ICMR claim is “absurd.” That this apparently is backed by “scientists.”

In this long, long story, I couldn’t find one instance/quote which claimed that the Covaxin claim by the ICMR is “absurd.” As for “scientists” Express has mentioned in the headline, there is only one “scientist” who figures in the text. He is some Shaheed Jameel of Wellcome Trust-DBT Alliance. Shaheed too hasn’t stuck his neck out that the ICMR claim is “absurd.” All he has said that the August 15 deadline is “ridiculous.”

So two things in the story work against the Indian Express’ projection in the headline: One, the Covaxin claim is “absurd”; Two, it’s just a scientist, and not scientists, as revealed in the text.

The national newspaper is also livid that only six of the 12 selected hospitals have received approval by the institutional ethics committee. It also claims that these six hospitals, are relatively “lesser-known.” So, probably ICMR, the apex body in India, one of the oldest and largest research institutions in the world, should’ve consulted Indian Express. The newspaper also can’t wait before the other six hospitals receive the approval.

The second Front Page story is headlined: “Some hospitals selected for clinical trials caution against ‘impossible’ timeline.” Take time out to read the story, folks. Against “impossible” of two voices, there are several more who have said they would do their best. Some have said “they would try their best to comply (with ICMR)”; Others “This is an emergency situation and we can’t lose people”; Still others, “He has been getting calls from people wanting to be part o the trial:” Still others, “It was possible to generate some data on 100 or more subjects by August 15.” Several hospitals, as per Indian Express itself, “are now reaching out to health workers, posting messages on WhatsApp groups and making phone calls for healthy volunteers.”

The crux of Indian Express outrage is that ICMR is putting a deadline of August 15, 2020 for the launch of Covaxin when human trials of all three phases aren’t feasible within this timeframe. It puts ICMR in the dock. The only problem is: Indian Express hasn’t sought a clarification from the ICMR itself. It hasn’t mentioned that it sought out ICMR for its reaction and they said “no comment.”

The truth is ICMR has been quick to clarify. Times of India have mentioned “officials who have said the healthy ministry had asked ICMR about the letter and was informed that the objective was to speed up the processes relating to vaccine development rather than set any deadlines. ICMR officials told Times of India: “We need the vaccine at the earliest and that was what ICMR wanted to convey…no deadline was being set.”

Now let me take readers to another incident. When Baba Ramdev’s Patanjali claimed that it had made a breakthrough in an immunity medicine for Corona Virus pandemic, the censorious Indian Express, again within hours, had written an editorial on June 26, 2020.  It claimed that the company had “discredited” Ayurveda and it’s one of “litany of Patanjali unethical practices.” Now Patanjali’s Coronil is about to hit the market. The medicine was for “management” and not a “cure” in itself but undue confusion and doubts were created to malign them, as Baba Ramdev was to say later. The unputdownable Baba also said that the “drug mafia and multi-national companies were not able to accept the work being done by Patanjali Yogpeeth.” As per Baba Ramdev: “The drug mafia, MNCs and anti-national forces want me in jail.”

That’s minimum you need to do when you have plans for two front-page stories against one of the leading medical institutions of the world. Similarly, with Patanjali’s Coronil approval now, the newspaper needed to acknowledge its mistake-in-haste to its readers. After all, at stake is a solution to a deadly pandemic, thousands of endangered human lives, and even the immediate future of India. Indian Express could have been more responsible—and restrained—in their diatribe. It could have done better.