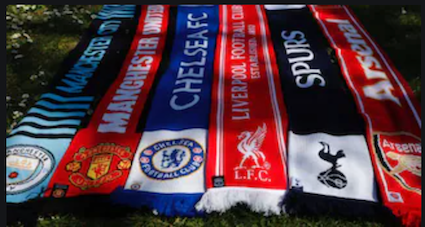 The announcement that a 20-member group of football clubs is all set to launch a breakaway competition in Europe seems to have taken greed to unimaginable levels.

Of the 20 clubs expected to join the “rebels”, six are from England!

And the reason for the English resentment with the European football administration, UEFA, is that not enough of the Premier League sides feature in the competitions in the continent. The logic behind the argument is that these are some of the most widely followed and supported clubs world-wide and hence should be first choice rather than some poor, unknown entities from obscure parts of Europe itself.

True that the likes of Manchester United, Manchester City, Liverpool, Chelsea, Arsenal and Tottenham Hotspur do enjoy a mammoth fan following globally, the reason behind it is their success in various competitions that are run by the same official governing bodies they seek to oppose.

Drawn by the lure of the proverbial pot of gold are Spanish giants Real Madrid, their city-mates Atletico and perennial rivals Barcelona along with Italian clubs Juventus, Inter Milan and AC Milan.

German giants Bayern Munich and Borussia Dortmund have so far held off as have France’s Paris Saint Germain.

The proposed competition parallel to the cash-rich UEFA Champions League puts the “dirty dozen” on a direct collision course with UEFA, and consequently FIFA.

In the likelihood of the world governing body coming down heavily on the rebel clubs, which might even include a world-wide ban on their players from all levels of competition, suddenly the money may not be pouring in as expected.

After all the idea is to showcase the very best on prime-time television.

The flip side, however, is fraught with danger. A ban on players would mean exclusion from FIFA World Cups and everything under the umbrella of the world body. Tough call for young players to throw in their lot when future is on the line.

A parallel from cricket, anyone?

Remember how the World Series Cricket launched with such fanfare by late Australian tycoon Kerry Packer, backed with a home-grown TV network to boot, fared against the Australia versus India Test series. The official contest, where Bobby Simpson came out of retirement to deny Kapil Dev’s Indians a series victory, posted far superior viewer numbers than the “exhibition” games between the best talents drawn from across the world.

Agreed that Packer’s attempt was in protest against the Cricket Australia denying an open bid for the telecast rights of the home series. Hence once the monopoly of a particular channel had been dented, the WSC died a quiet death.

Despite the coloured uniforms and late afternoon starts, the matches were deemed nothing more than a “circus”.

But what it did was give world cricket a direction where marketing the game was seen going hand in hand with innovations and, lo behold, these came to stay and even evolve into the 20-over contests, et al. But everything is under the official umbrella of the International Cricket Council and its affiliated national units.

No denying that even the football establishment needs a wake-up call, given that the people running the game have paid scant attention to the several aspects of the “glorious game”. But all said and done they are still the establishment and hold all the aces.

The American dream, powered by the Glazers and financed by a US bank, may yet be a non-starter since TV companies may not exactly be falling over each other for the rights for fear of being barred from the “real” stuff.

After all, the rebels have been able to get only a dozen clubs on board even though their plan is to have 20, of which 15 would be “permanent founding members” not subject to relegation. Sounds pretty exciting on paper but, challenging the establishment may not be the way to go and nor would the idea of “permanence” in place of a level playing field, go down with the lovers of football.

And if the fans turn up their nose, clubs will have little option but to fall in line. Its the fan-power that is driving the clubs to extreme steps though it appears, more likely than not, to backfire!