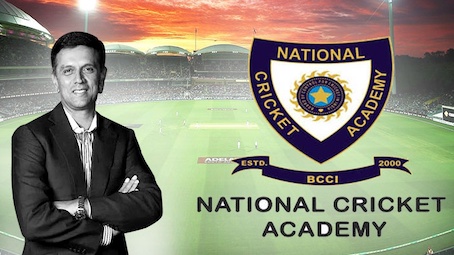 Amid all the euphoria of an Indian conquest of the dreaded Gabba, there have been several rather sound lessons for the entire human race, let alone the world of sports.

One of the most profound has been the analysis by former Pakistan captain Mohammad Hafeez who explains how merely possessing talent is not good enough. The talent must be processed correctly and only a “complete finished product” be fielded in the international arena.

“Young talent is bound to flounder sooner rather than later,” Hafeez painstakingly points out, comparing his national teams’s travails across the Tasman Sea not very far from Brisbane where the Indian upstarts were creating history.

This points to the organisational set-up put in place by the Board of Control for Cricket in India and two things stand out.

One, the National Cricket Academy which has been the designated hub for all Team India preparations as well as evaluations. Players are not left to fend for themselves but placed in the care of trusted professionals who put them through the paces in order to get them ready for the upcoming challenges.

Second, and by no means any less, is the promotion of the A team concept, especially replacing mundane tour matches between zonal sides and touring outfits with first class games for young guns. It’s a double edged sword where youngsters learn about the pitfalls of international sport and also learn to succumb or swim. The step saw its own fair share of controversy as well among the NCA committee members but has finally found a regular place in the calendar.

Not very long ago India’s A team was under the tutelage of current NCA chief Rahul Dravid, a former national captain himself, and that his proteges made waves Down Under should come as no surprise. If nothing, Dravid has been a meticulous planner all through his career earning him the monicker of ‘The Wall’.

Few can argue with the methods employed by the BCCI at various levels as zonal centres of the NCA have been established but, unfortunately have not been as effective as the headquarters in Bengaluru both in terms of facilities and quality of personnel at hand.

Brainchild of former BCCI president late Rajsingh Dungarpur, NCA was set up in 2000 at the M Chinnaswamy Stadium in Bengaluru but only after the 2014 revamp in active consultation with Cricket Australia and the England and Wales Cricket Board did it assume its now absolutely vital role in Team India’s training and rehabilitation.

Success cannot be had overnight and its a process that churns out the finished product.

That was exaclty what was on display as Team India overcame one adversity after another as young men rose to the challenge time and again to finally emerge victorious.

A diamond remains just another piece of stone till it is polished. Little wonder the product commands a high price as well.