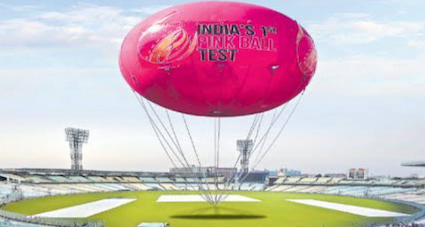 The day-night cricket Test between England and India wrapped up in little over five sessions of play at Ahmedabad, giving people the opportunity to take pot-shots at the Board of Control for Cricket in India.

The moot question is: Does Indian cricket really need pink-ball cricket? Do we really need to toe everything which an Englishman does? If not now, having beaten Australia in successive series in their own den, having come from one-Test down in the present series, being the financial czar of world cricket, when are we going to get over our “White-Man” complex?

The whole purpose of pushing the five-day contests into the “twilight” zone with pink balls for better visibility was to get back the spectators into stadiums for the five-day game. It may work in some countries but not in our sub-continent.

Watching cricket, be it limited overs or Tests, is an all day affair in this part of the world. Realistically, if a person wishes to catch the 2.30 pm start at the venue, he or she must leave home not later than 12 noon, given all the accompanying troubles with traffic, parking and security that has all but become synonymous with cricket at this level. Even earlier if the plan is to use public transport!

So to make such drastic adjustments for the casual walk-in spectator hardly makes sense.

Moreover, cricket is a summer game for all top nations outside South Asia, where it remains a winter sport.

In order that conditions do not change drastically from the afternoon to the late evening hours of play, certain precautions become necessary. One of the most important among them is to guard against dew.

This practically rules out the northern part of India as venue. Some of those the east and west would also struggle, leaving only the southern cities as contenders. Even here Bengaluru and Hyderabad, being far more inland than say Kochi, Thiruvananathapuram or Chennai, must yield in favour of the latter.

Cricket’s pan-India base will certainly feel the pinch in case of such favoured treatment in picking venues for hosting international contests.

And what about the broadcasters? It certainly won’t leave them in any pink of health, pun intended, if the game is finishing in a blink of an eye. It won’t bring in advertisers. Rather they would flee at the very smell of it. So how does Test cricket survive when pink-ball cricket is neither friendly to fans nor to the Paying Uncle, that is broadcasters?

And do we really need to trust the brains of a whiteman when Joe Root, of all people, selects four seamers on a pitch which was devoid of grass! Did it take much imagination to think the kind of pitch India would dish out in the critical third Test with series 1-1 squared.

Only reason to play a quartet of seamers would be that, shortly after dusk, the ball does start doing a bit of swing and seam but then most importantly this is South Asia where conditions are vastly different from say Europe or Australia.

All said and done, day-night, so-called Test matches are best left for regions where cricket is not the number one sport and needs to catch the casual spectator with a “free” evening.

One size doesn’t fit all and BCCI would do well to turn its back on the pink ball contests after diastrous experiments.