Hathras: How mainstream media is missing wood for tree; Why Kalpana Chawla is a clue 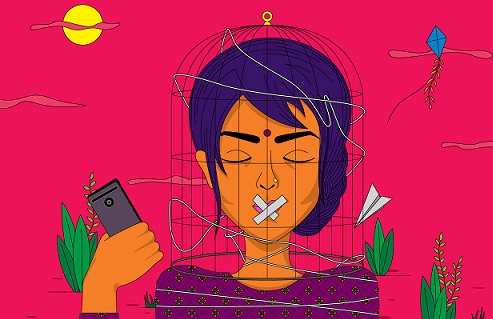 To some extent, the movie BANDIT QUEEN directed by the recently appointed Head of the Film and Television Institute of India in Pune, tells you more about how things were and sometimes still are in the fertile lands in the Chambal – Jamuna – Ganga belt bounded by Uttar Pradesh – Madhya Pradesh and Rajasthan than can any amount of day-tripper type modern TV journalism. And by that I mean the uncensored version which I was lucky enough to watch as well as write the review for at a preview held in the Siri Fort Auditorium some time in 1994-95.

In later years I also drove around this area extensively as recently as a couple of years ago doing route recce for car rallies, trying to track down older temples – though that was more along the Betwa and then onwards towards the Narmada which is a different civilisation – and also trying to understand the potato crop. In this context I also saw a lot of sociological change – young girls on bicycles in freezing cold headed for schools, a fair amount of hanging out together between boys and girls, and that eternal symbol of women having arrived in India – young women on motorised two-wheelers.

The smaller towns we drove through and stopped in and sometimes stayed overnight at too, were in most cases, in our observation, “getting there” as far as emancipation of women was concerned. Certainly, women of a particular community were still visible as black shrouds moving like ghosts in the fog, but the rest were upwardly mobile. And more than anything else – there were visible signs of financial opportunity and employment for women.

In the midst of all this – and I have also seen how smart young local policemen handled crowds of girls and boys waiting for overcrowded buses  –  girls, women, children and elders inside the bus and boys on the roof – there was always, from what I could sense, a fear in the minds of the people who sought to control the levers of humanity, the elected and selected representatives, across political and religious lines. The fear that drives everything in India – that if people start asking questions and demanding answers, then it is game up for centuries of slavery.

And this cuts across every social line you can think of in the name of “tradition”. In a part of India where bonded labour and slavery are as old as the hills, especially when agriculture is increasingly dependent on more than just the old men left behind in the villages of the feudal Gangetic belt, fear is the key element that is used. And the barrel through which the bullet of fear flows is called “tradition”.

That girl who went to school with other girls on a shiny new bicycle is not going to hang around for “tradition” which meant “slavery”. To try to explain further, let me point you to the grid from the Taithiriyopanishad below. The girls we saw on the bicycles had moved on to  Adhividyam . In no uncertain manner.

And now nothing could or would stop them from moving on to Adhyatmam.

Decades ago, rural milieus now Haryana like the ones in Hathras gave us women like Kalpana Chawla, who contemporaries of mine knew in Boulder, Colorado.

The mainstream media, as usual, is missing the woods for the trees by moving matters into well worn out binaries of Politics and Upper/Lower Castes. The real change happening in this part of India, let us call it Delhi to Kanpur – Gwalior/Jhansi triangle, is that women are moving ahead.

And men are getting insecure.

And therein lies the related truth of why murders are shown as suicides – not in rural India but especially now in urban India.

Follow the money and the answer leads to unexpected doors in the fog. Go walkabout pre-dawn in the lands between the Ganga, Jamuna and Chambal. Stay overnight. See the change.