Hathras: Lol, where is Left? How did they let go this lifeline to come out of coma? 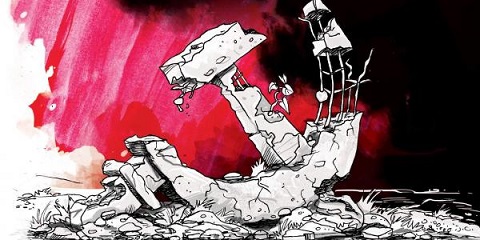 We get to hear that Communists won’t be allowed to visit the United States in foreseeable future. Of course, it’s Donald Trump-induced but now passed in the US Congress so should survive even if the man with the most beautiful woman ever in the White House—sorry Jackie or Monica Lewinsky —was to survive Coronavirus and Joe Biden both.

I wonder how our Indian comrades are reacting to the news. Yechurys and Karats and Vijayans, as it is, avoid visiting China for unwanted attention from the trolls or Narcotics Bureau who must be wondering all these six years what kind of weed some insufferables take and still don’t show traces.

A visit to the United States is more ideologically-aligned—has always been since Trotsky—but that now is out of bounds. Putin’s Russia hates them anyway. And why do they visit the Arab world—or Pakistan—for Islamic State, Talibans or ISI have left them with no USP, so to speak. Africa or Latin America never interests them anyway for there is little Capital worth raising a Red flag against.

The other day Brinda Karat is said to be at India Gate against Hathras though there is no image on record (By joe, how did that happen!). Now Modi’s BJP shouldn’t grudge it. As it is, neither Pinaryi Vijayan nor Prakash Karat have moved out of their chair but for words on microphone which are thrust on their faces by the likes of Indian Express or Hindu or Wire/Scroll/ThePrint/Quint of our times. All of them seem ready to quit but how to escape the pen-pushers you yourself have helped grow? Words like leeches and parasites are in dictionary for a reason.

Left, as an intellectual, political, social instrument in India is as good as dead. They managed five of theirs in the Parliament in 2019 elections and I bet you don’t see many in state assemblies too. They counted Bengal, Tripura and Kerala as their backyard but two of them are now running wild and the third sent just one to Parliament in 2019.

The Communist Party of India, which splintered over the years into CPI-M (Marxist), CPI-Maoist and several other factions of CPI-ML (Marxist-Leninist) has been reduced to its last atom. Why, even in JNU, all Left formations are stitched to keep ABVP and NSUI at bay. Its cadres have run away and left it hollow. It’s slicker version—“Urban Naxals”—are on the run too.

Indeed, it’s a wonder Left survived this long in India. They never understood this society; they were hardly engaged in our freedom struggle and they know as much about our castes and religion as the original Athabascans of Arctic.

So even Gandhis have stopped inviting them on padyatras even though relics (Congress) and ghosts (Communists) share common genes. You won’t hear Left as officially dead till the media announces it and they won’t till the funds stop coming. There is a lesson in this for Gandhis too but all that some other day.