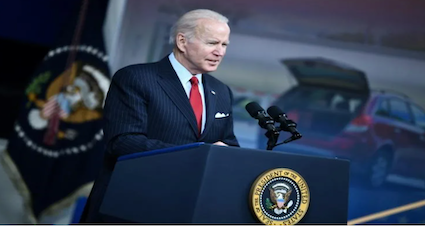 With its own democracy staggered, United States president Joe Biden has rolled out the invitation for his first Summit for Democracy which will take place online on December 9 and 10.

However, the major highlight of this Summit for Democracy is that it has a larger geopolitical ambition.

The summit reflects a prominent view within the Biden administration that assembling a global coalition of democracies can counter China’s rise and continued Russian aggression and this is visible in the invitation list as well.

While there are some obvious inclusions- Australia, Japan, and South Korea, and non-invitees like China and Russia, there is a wide range of states whose inclusion or exclusion could be debated, for example, the inclusion of Taiwan can be seen as a sign of political solidarity at a time of rising Chinese aggression.

Another important factor that can be questionable is the inclusion of countries with much lesser freedom score. Every year Freedom House, an NGO based in Washington, allocates the countries of the world a “freedom score” out of 100 based on 25 metrics of political rights and civil liberties. It then rates them as “free”, “partly free” or “not free”.

Pakistan with a 37 freedom score and Ukraine with 60 – both of whom are riven by corruption and shifty governance and have lacklustre democratic records are also part of the summit.

The inclusion of Pakistan also becomes problematic because countries like Bangladesh which is incomparably better particularly in terms of managing its economy and keeping down the jihadi elements and Singapore which is a staunch US ally are conveniently excluded from the summit.

Two other relatively high scorers left off the list are Sri Lanka (56) and Hong Kong (52). The Middle East is virtually ignored.

One-party states like Cambodia, Laos, and Vietnam were never likely to make it in, nor was Thailand.

These inclusions and exclusions speak volumes about the actual purpose of the summit. The Summit for Democracy will be most effective if it remains focused on ‘Democracy’ rather than just constructing a dichotomy between the world’s democracies and the authoritarian states.