How Google, Twitter is biased against right-wingers in India 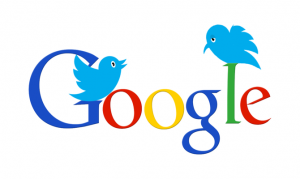 It was busy last two days. Google search showed up my facts but a different face.  On its landing home page, my name yielded 10 Ashish Shukla with Wikipedia my sole personal reference.  The last time I checked, I was all over Google Search. My reference was to be found till 4th-5th search pages.  But now, it’s as if my decades of digital-identity mass had been wiped out in one stroke.

I can’t say I was shocked. It was coming. I had read that Google and Twitter, despite being two separate networks, worked in harmony. My initial thought was my book, “How United States Shot Humanity”, which had a few frontal attacks on CIA, could be the reason. After all, Google was a CIA and NSA project. I then remembered how I was suspended by Twitter on flimsiest of ground. How once my entire twitter identity was usurped by somebody which I could wrest back after a prolonged struggle. It wasn’t without cost too as I lost thousands of followers. I remembered how @mediacrooks, a popular account, one fine morning didn’t exist on twitter.  No references, none of his repartees. Gone in one blow. Work over.

I slept over my agitation before a tweet by @vel_jaya this morning ignited by angst. Her tweet had pointed out that @RavinarIN and @padhalika, the latter better known as Eminent Intellectual, are no longer operational on twitter. Their account has been suspended. They are relentless warriors against Lutyens Media, fake historians, Left-Liberals on Social Media. Simply, their voice has been silenced.

The global order we exist in is controlled by “Deep State.” Call it Left-liberals, military-industrial complex, Anglo-Saxon powers; the tentacles of Jewish lobby or ill-gotten Saudi money all of this works to keep world’s common citizenry under a leash. In the name of globalization, they hardly cover Africa. All they have looked for is to keep 99% of the world as poor as it was half a century ago, arguably worse. They rely on media, surveillance and social media hegemons to control the narrative. You are not allowed to read which can free you of this matrix. Generations after generations, you are brainwashed. Not allowed or access to inconvenient viewpoints so this 1% remains in control. (Try finding inconvenient books on Amazon—either it would not be in stocks or terribly high priced). Washington Post and CNN keep harping on Russian hacking in 2016 US Elections even though its’ now proved beyond a doubt to be a hoax. Right-wingers are the biggest threats to these agents of globalization. That’s why you see a Vladimir Putin being demonized every living moment. Or Narendra Modi. Or Donald Trump—all overwhelming leaders of their countries by some distance.

Trump is on record to have laid an accusation against Google search engine as being “rigged.” He tweeted last year that Google shuts out rightwing media and directs users to content from Left-liberal media. He tweeted, including twitter and Facebook in his ire: “For years, Google promoted President Obama’s State of the Union on its home page…they better be careful because you can’t do that to people…we have literally thousands of complaints coming in.” Conspiracy theorist Alex Jones and his widely popular Infowars, which is among the top 4,000 websites in the world, similarly show up little in Google Search. I once wrote about the hoax of Osama Bin Laden being killed in Abottabad. Same in the case of 9/11 being an insider’s job. Such stuff hardly shows up on the search engine. Even when you are specific in your search.

PJ Media did a serious research and data analysis of Google search last year. It’s labour yielded some troubling facts. It emerged that Google is manipulating its algorithm to prioritize left-leaning news outlets in their critical coverage of Trump’s presidency. It claimed that Google is picking winners and losers. The rightwing views are more or less dumped, even when directly put in the search engine box.

Google never reveals how its algorithm works. It has denied that its search engine is used to set a political agenda and that “we don’t bias our results towards any political ideology.” It claims neutrality by suggesting that it only shows up relevant result of a particular search. But if it manipulates results, it can’t be said to be neutral and unbiased. It’s a serious political tool to shape perceptions and thus destinies of individuals and ideologies.

This entire exercise of mine is not personal though it may appear so. Right-wing voices in India have countered the formidable Left-Liberal narrative without any umbrella of funds or political support in last few years. The only weapon they have is conscience and truth which they hold dear. They all are grateful to Social Media for taking their logical and nuanced logic to discerning, rational citizens. But they must be told that once they acquire mass, these Social Media giants would use sleight of hand to wipe them out as if they never existed.

The alternative narrative would need an umbrella soon.  Sooner than later, we would need an alternative to Google Search, Facebook and Twitter. China has firewall so you can’t use Google, Facebook, YouTube etc without VPN. Google has only 2% traffic in China—most use “Baidu” in its place. Twitter doesn’t exist in China—“weibo” is the alternative. Facebook is banned in China since 2009—“RenRen” is a popular alternative.

Today the honchos of Google, Twitter, Facebook are being hauled up in front US Congress, European Union and Indian parliaments (though their disdain to Indian “summons” is well known). Those of us who exclusively rely on Social Media to counter Left-Liberal narratives have the world lined up against them. Sooner or later it would snuff the light out of us.  The need is for a calibrated effort to have the eco-system which doesn’t bite us. So large is India’s market that if we crack the whip, they would be forced to be neutral. We are in it to preserve India’s heritage and weed out those who would love million mutinies in India.

No time to lose folks.