India beating China in Vaccine Diplomacy is one side; there is another one to the story 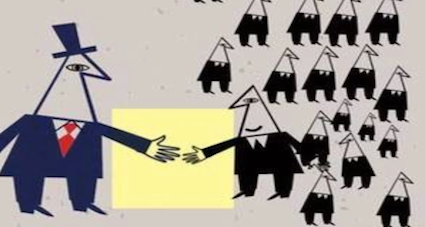 Under prime minister Narendra Modi, a remarkable India isn’t mired in the Covid-19 crisis which, let’s admit, is far from over. Instead, it’s engaging the world as a leader to build or repair ties. First was Vaccine Diplomacy and now there is one through Restoring Monuments.

India has had deep cultural ties with South-East Asian nations, which precedes the beginning of the Christian Era and has left an indelible impression on many aspects of life in several countries of the region. Modi’s  “Act East Policy” has only hastened its ties with ASEAN nations. While China has damaged its foreign relations in the Covid-19 times, India has only improved its own in this spell.

One such tool, if it may be said, is restoring monuments in South Asian countries. India is carrying out restoration work in temples overseas. Funds are released through the Ministry of External Affairs. The Archeological. Survey of India (ASI), under the Ministry of Culture, is the implementing agency.

India was one of the first countries to act when the Cambodian government made a world appeal to save the Angkor Vat, a Hindu temple, the centre of the Khmer Kingdom for several centuries. The ASI team worked for a good seven years for the restoration of the temple and completed the task in 1992. In 2018, the Narendra Modi led government signed a memorandum “for the restoration of some parts of Preah Vihear temple” with the Cambodian government

The ASI team has also gone to Myanmar to conserve Buddhist pagodas in Bagan that had been damaged in the 2016 earthquake. Work on five of the pagodas began in 2020, and India is set to restore 12 of the sacred buildings.

In 2010, as part of an India-Vietnam cultural exchange program, a two-member ASI team visited Vietnam to make a preliminary assessment of the task to conserve the Cham monuments, including the UNESCO World Heritage My Son group of temples constructed by the kings of Champa between the 4th and 14th centuries AD. An MoU was signed in October 2014, and the execution of the project began with three groups of temples.

Then there is of course Vaccine Diplomacy. India has been so successful at this tilt that it being called the “pharmacy of the world” has only been reinforced. It has two vaccines to offers to the world: Covishield and Covaxin.

So far, New Delhi has managed to ship nearly 6.8 million free vaccines around the world. China had pledged around 3.9 million but as per Bloomberg, some of which have yet to arrive. For two Asian giants looking to influence its neighbourhood, it’s a significant march New Delhi has stolen over Beijing.

In Myanmar, for instance, Beijing had promised to send around 300,000 doses. But it’s yet to deliver anything. India, in contrast, has supplied 1.7 million shots to a nation which is rocked by a military coup. Importantly, Myanmar shares boundary with both India and China.

Mongolia, on China’s borders, has received 150,000 free doses from India.

The World Health Organization plans to acquire Covax vaccine and deliver some 150 million doses to poor countries in next couple of months; in total 2 billion by the end of the year.

New Delhi had promised free vaccines to 49 countries in developing nations of Asia, Africa, Latin America and the Caribbean. So far it has distributed 56 million doses under its “Vaccine Maitri” programme. Beneficiaries include not only India’s immediate neighbours – Nepal, Bangladesh, Sri Lanka and Bhutan, though not Pakistan – but countries as far as the Caribbean: Barbados, Dominica and the Dominican Republic.

For a country which has been rocked by the pandemic on its own, to think of world, and not be stuck on nationalism, is a huge badge of honour on the chest of Modi government.

This is an important philosophy to understand India’s approach to rest of globe. It wants to grow and also desires everyone else to do well too. It is investing in political and economic capital to develop infrastructure, connecting the Indian sub-continent to Southeast Asia.

India has ambitions of becoming a global power: And it’s embarked on the road with all earnestness.