India counts its eggs while Corona hatches its killer plan: Who blinks first? 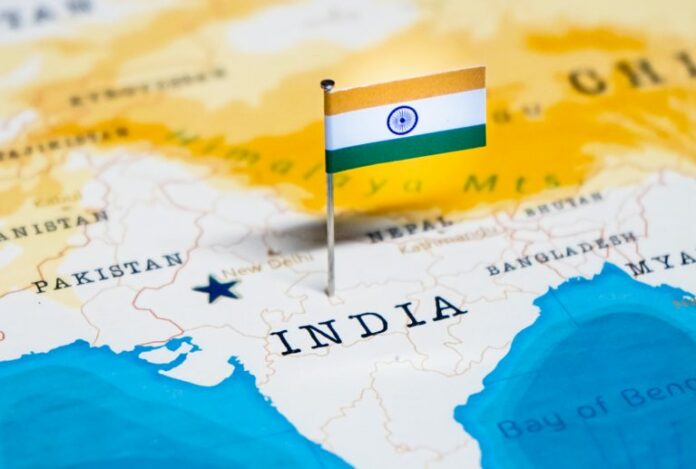 (The figures in this piece were valid till early Monday).

India mutated into 36 new Indias on Sunday. All the 29 states and 7 union territories closed their borders. Citizens can’t cross over. Corona Virus can’t hop around either; it’s the fervent hope.

First was the dress-rehearsal on March 22. Two days later, the nation went into a three-week lockdown.  Now the Indian state is doubling down. The trigger was tens of thousands of migrant-workers on the streets of Capital. They all wanted to head home, to be with their own. Glitzy megapolis now held no attraction to them.

India, with more than one-sixth of world’s humanity, hasn’t done too badly: Just over a thousand cases; 25 deaths.  There is a prayer in the heart. And questions in the head: Why India is divinity’s chosen child thus far?

It can’t be medical preparedness: India’s healthcare is earnest but poor in pocket. It can’t be hygiene too: for I have seen my foreign friends go in convulsion at stinking public toilets. The reverse logic of poor hygiene endowing Indians with immunity shield is fanciful too. Iran too is crowded and not a gold standard in hygiene. Yet people are falling like flies.  You can’t put tropics as  saviour too. Many cold climes in Europe, not to forget Russia too, have held up good.

Could it be that Indians being largely vegan has been a militating factor? But then Pakistan and Bangladesh, largely non-vegetarians, haven’t done too badly either. Nineteen deaths put together between India’s these two neighbours.  Both have been less than stringent too: Just one out of Pakistan’s four province has been in complete lockdown.  Bangladesh too has been feathery in clamping down on its citizens.  Together, Indian sub-continent is a quarter of world’s all Homo Sapiens.

It’s also not as if this part of the world has always been pandemic-proof. Millions died out of cholera in India in the 19th century. India lost between 10-20 million people to influenza pandemic in the 20th century, in 1918. Small pox and polio devoured Indians by millions.  There was no Pakistan or Bangladesh then, India was one cohesive unit under British colonial yoke.

Could it be that India clamped down on tourists in nick of time? After all, figures do tell a tale. Most Corona Virus cases have assailed two states, Kerala and Maharashtra. And that’s because they were lax in testing returning natives from abroad. The southern state of Kerala allowed thosuands of its immigrant workers to return home from the Gulf without a preliminary test at the airports.  Maharashtra wasn’t alert too when group tours to UAE came home and brought the Virus in their wake.

The cynics also doubt if the Indian sub-continent is true with its figures. India, for instance, hasn’t done more than 40,000 random tests. What if there are thousands more undetected? What if Corona deaths aren’t being reported in these days of lockdown?  Common-sense dictates it’s not possible. It’s unlikely a sick man won’t seek medical help. And it’s impossible to fudge figures in a federal democracy. Centre and states often run at cross-purpose.

It makes you cast your eyes and mind outside home, away from the Indian sub-continent. Africa is doing perfectly fine: And they are the master purveyors of bushmeat! South Asia has shown light collateral damage from Corona Virus thus far.  Latin America, but for Brazil, is ok too. So one would say are the states of Eastern Europe.

That makes you scribble the list of unfortunate countries. China was first off the block but after 3,300 lives down is returning to normal. The real mayhem is in West:  Either side of the Atlantic.  Between these muscular nations (United States, Spain, Italy, United Kingdom, Germany, France, Canada) and lesser ones only in degrees (Switzerland, The Netherlands, Belgium, Austria, Sweden, Portugal, Norway etc), these countries account for 29,529 out of 33,956 lives lost: Over 90% of all fatalities.

Two reasons cry out for attention: One, the West deluded itself with its spectacular medical facilities as an insurance against Corona Virus. Two, flow of goods is the essence of Capitalism. And these nations travelled till the time death began knocking doors in neighbourhood. A huge mistake was to stop inward flights from the rest of the world: When the crying need was to halt outward flights on its runways.

This module of course doesn’t fit with Iran, presently reeling under US sanctions. It probably began with the religious city of Qom which begets 20 million visitors every year. From Shi’ite clerics and seminaries, it spread to nearby cities of Tehran, Isfahan and Kashan.  Iran was unlucky as Virus came early and didn’t give it time to stop the community spread.

The jury is far from out.  China’s peak was over by mid-February. India is only a week into the critical Phase Three now. Clustered slums are real worry. It could still go horribly wrong. If it doesn’t, it would be a moment to cherish.  Not just healthcare. Or hygiene. Or genetics.  Or lockdown. India then could afford to find dozens of other reasons to pat its back.

(A modified form of this piece first appeared in rt.com).