Indian-Americans think before you vote: This man set our Space programme back by decades 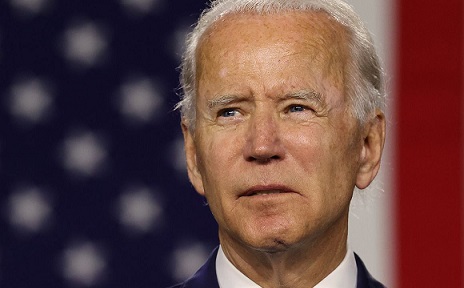 In the forthcoming US presidential elections, Democrat faces—Joe Biden and Kamala Harris—are oozing charm to woo the sizeable Indian-Americans, 1.9 million out of 4.16 million of whom are eligible voters.

Sure, the Indian expats have always sides with Democrats, with as many as 90 per cent of whom having voted for Democrat Hillary Clinton in 2016 and even now, as a survey by Carnegie Endowment for International Piece, John Hopkins University and the University of Pennsylvania has claimed, 72 percent of voters of Indian origin are leaning towards Democrats, despite Indian prime minister Narendra Modi being extremely popular amongst them and one who had asked them to vote for Republican Donald Trump in the “Howdy Modi” event in Texas last year.

There is a dichotomy in the Survey—I mean, come on we all know they are hardly “independent”—for it can’t be that the Indian expats are illiterate and don’t know the views of either Biden or Harris when it comes to India.

It’s all very well for Biden to say that he is solidly behind India on the issue of terrorism from across the border, and Kamala Harris to remind everyone of her Indian roots and wishing the nation on Independence Day but such are the litany of their omissions on India’s welfare, as it is from other Democrat presidents, that a recount if worth our time.

Both Biden and Kamala Harris have been overtly critical of Modi government having changed the status of Jammu and Kashmir overnight. The Indian-Americans can’t be both “loving” Modi and also “hating” him for Jammu and Kashmir is perhaps the crowning moment of his six years in power. And do we need to recall that Democrats had harassed India over nuclear weapons in the last century? And that the breakthrough civil nuclear deal in 2008 had occurred during the presidency of Republican George W. Bush?

A fact forgotten by all but ought to be best remembered today is that Biden had sabotaged India’s space programme by decades.

India had signed a $250 million deal with Russian space agency Glavkosmos in 1990s for transfer of Cryogenic technology which would’ve propelled their mission of sending heavy satellites into Space.

But the US senate foreign relations committee clamped down on Russia, threatening to withdraw the $24 billion international assistance it was providing to Moscow. Those were the days when the Soviet Union had just broken up and the new Russia was in no position to resist the diktat of Washington. It duly succumbed.

Biden, heading the committee, had then said: “I am confident that the Russian leaders will recognize the wisdom of stopping this sale once they see the risk of losing their economic aid,” he had added “this is no minor sale; this is dangerous.”

The argument against the sale was that it was not line with the Missile Technology Control Regime (MTCR) which prevents proliferation of missile. Funnily, neither India nor Russia was an MTCR member. Besides, cryogenic engines are incapable of being used in long-range missiles like the Intercontinental Ballistic Missiles (ICBMs).

Cryogenic fuels have a higher mass flow rate than fossil fuels and therefore produce more thrust and power when combusted for use in an engine. This implies that engines will run farther on less fuel overall than modern gas engines. India didn’t know how to develop Cryogenic technology that involved handling fuel at low temperature, necessary to give it the extra thrust.

This man Biden, now talking of standing by India against Pak terrorism, had then wanted to sabotage India’s space programme for Pakistan only which had a deep lobby in the US Congress which it still has, incidentally. Call it Islamist if you must. It set India’s space mission by decades. It took India two decades to develop indigenous Cryogenic technology of its own.

India’s Space Agency ISRO is today the cynosure of world. India refused to be bowed down to the machinations of a man called Joe Biden who set its’ Space programme back by decades.

Indian-Americans, still thinking of voting for him?