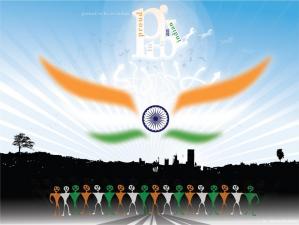 We are entering into a stretch of political landscape which could simply be termed as the “Second Independence” of India in coming years.

The BJP may win or lose in 2019 General Elections—though the TINA (there is no alternative) factor is obvious—but the caste and communal card could no longer be topped up by corruption. It simply won’t have any currency to work.

A, young aspirational India is looking for jobs and a quality of life which includes minimum of a house, automobile and foreign travel; and roads, electricity, education, healthcare and clean water if you include the rural gentry.

The Modi government is going for a push in infrastructural direction which certainly would create more foreign flow of funds, more jobs and thus more consumerism. The digital push would reduce the informal sector. Increasingly, the citizenry would make itself heard which would result in better legislation and judicial practices, as well as executive and bureaucratic accountability.

With India looking to do over-the-table deals, the old way of making money simply won’t work. This would bring to the fore the entrepreneurial spirit of Indians, long dormant, which nevertheless fully manifest itself when given the equal-playing fields of foreign environment.

Everyday we see our political parties, and their propaganda mouthpiece the Mainstream Media, raising false flags of attacks on churches, the persecution of Muslims and other minorities, or the rise of fundamentalist right-wing—which they disparagingly describe as “bhakts” or “saffron brigade”—which would tear apart the secular fabric of modern India.

Nobody dares ask the Left the disastrous effect of its decades of rule in Bengal or the Congress–largely socialist till the 80s—on why poor, and their various issues of jobs, housing, roads, electricity and healthcare could never be addressed. Why the “Licence Raj” had such a stifling affect on the entrepreneurial ambitions of Indians and made them resort to bribery, chamchagiri and swindling of nationals assets and funds. The middlemen prospered, the pimps used crony capitalism, the proxies attended to ill-gotten wealth of mafia and politicians. “Goondas” (Mafia) came to dominate the social landscape, afforded patronage by politicians. The common Indian only looked to survive the day.

Public institutions held little credibility. Air India was bailed out regularly with public funds; even people’s provident funds were no guarantee; real-estate barons, largely fronts of politicians, colluded with municipal authorities to acquire cheap lands, cheaper loans and projects which never got finished. All the befooled customers were left with were rusted scaffolds and placards in protests. The black money created a bubble in real-estate; and was further divested in “benami” properties, gold and foreign assets and deposits.

Then there was the hidden hand of imperialist powers. It’s stupid to believe that Britain and its Anglo-Saxon partner in crime, United States, left their former colonies to their own device.  Empires may have vanished; but global hegemonic ambitions are their essential genes. A modern imperialist power looks to subjugate a foreign populace not by direct rule alone. They look to control media for propaganda; control academia to brainwash generations; and drop “sleeping-cells” of NGOs and Human Rights group who are nothing but extension of Central Intelligence Agency (CIA). Their primary goal is to ensure that a foreign citizenry never connects to its roots, to its past. A society without identity is easier to control than the one with the heightened sense of past.

Put it to social media, a rising middle class or a successful diaspora abroad, the India of today is increasingly anxious to know its past. Every day young Indians–and I hugely recommend names such as Sanjeev Sanyal, Hindol Sengupta, Subhash Kak and Rajiv Malhotra among others—are digging up India of pre-Islamic invasions of Delhi Sultanate and the Mughals and the subsequent rule of British, and if I may add the socialist Congress.  They are helping up clear the bogus theories propounded by Orientalists, such as the “Aryan invasion theory” and the “Aryan-Dravidian, North-South divide” in India. Young men are devoting their lives to learn the wonders of Sanskrit, Vedas and the profound cultural heritage which every Indian should legitimately be proud of.

The coming of Narendra Modi in 2014 is a seminal moment in India’s history. The fear of India connecting with its past has brought all the secessionist forces out in the open. It’s an existential threat to them as Modi promises to dig deep into their corrupt past. So much so that the political parties who were opposed to each other and now drinking from the same flask!!!

Their best bet is to show BJP as a communal party, a right-winger which would be life-threatening for Muslims, Dalits and minorities. It may or may not be true as so far there’s been little evidence. Communal riots are actually happening in states not governed by the BJP. Corruption charges are not sticking. Despite media’s propaganda, civic polls across Maharashtra, Gujarat and Chandigarh have shown is that BJP is still people’s first choice.

However, the thrust of this article is not BJP. As I said, Modi may win or lose. The “Second Independence,” to my mind, is educated, discerning Indians who want to connect to their roots and own up India of past. They can see through media’s game. They find it strange when told: You would be secular only if you are less-religious.  They are offended when told their quest for ancient heritage is making them “Modi-bhakt” in the eyes of some. (Come to think of it, BJP has done little in last two and half years to promote Hinduism!!!).

This quest would bring them into conflict with entrenched vested interests. However, such is their connectivity through social media, and so many are their numbers that it’s unlikely the vested interests could prevail. The movement is acquiring a volume; an avalanche is around the corner. Lies and deceits won’t work. India, in real sense, could be free soon. That’s the “Second Independence” we might see in our lifetimes.