Look at Moody’s whom media quotes with relish 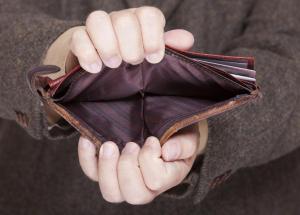 In this second part of our series where NewsBred shows our mainstream media quoting discredited sources on front page to slam the government for “growing intolerance” in the country, today it’s time to show Moody’s knickers.

Indian Express went to some length this week in defending Moody’s against Modi and the credit agency’s view that the present Indian government could lose “domestic and global credibility.”

Indian Express also quoted that New York Times has written an OpEd “The Cost of Hindu Extremism” in its November 3 edition. (For how NYT publishes US government’s boardroom bulletins as news, read “So Wrong for So Long”).

In doing so, Indian Express had only carried its itch of October 31 forward when it quoted Moody’s Analytics on the “growing voices in the country against rising intolerance.”

Alas, our newspapers are quoting bandits against a police commissioner. This is the new terms of dispensation. Yesterday, NewsBred exposed Melinda Gates and her foundation. Today it’s time to put searchlight on Moody’s (sorry fellas! You asked for it).

Actually, its not easy to list Moody’s crimes in chronological order. But since 2008 financial collapse was termed in Forbes by a US former treasury secretary as a bigger crisis than the 1929 Great Depression, it’s a good point to start against a purely private, profit-for credit agency which is losing its sleep on India’s “credibility.” (watch the soiled front of your own pants, jerks).

Moody’s, along with Standard & Poor’s and Fitch Ratings are the “Big Three” credit rating agencies of the financial world. These are the only approved entities by law, granted by the US government. (goodbye competition!).

In 2008, these “Big Three” credit rating agencies (yes, including Moody’s) were ranking Lehman Brothers as a secure investment just one week before its historic bankruptcy that set off the financial crisis. Many securities and bonds in the US that had AAA ratings in 2008 and were considered “safe” turned out to be a bubble.

The 2008 financial crisis—it resulted in the loss of more than 8 million jobs; wiped out $16 trillion wealth from homes and more than 12 million homeowners were submerged—was primarily due to Lehman Brothers.

Lehman Brothers filed for bankruptcy on September 15, 2008. It nearly imploded Wall Street. Within days, the insurer AIG had to be bailed out by the federal government. Investment banks such as Morgan Stanley and Merrill Lynch were pushed to the brink. Merrill, in panic, indeed was sold to Bank of America.

Lehman Brothers were borrowing large amounts of money to invest or gain “leverage” in the mortgage-backed security industry. As long as economy was stable, it was ok. But when the downturn came, it wiped them out. US—and European economy—hasn’t still recovered from it. It was a typical Ponzi scheme (your typical chit-fund operators in friendly neighbourhood, idiots).

According to the report submitted by the Financial Crisis Inquiry Commission in January 2011: “the three credit-rating agencies were key enablers of the financial meltdown. The mortgage-related securities at the heart of the crisis could not have been marketed and sold without their seal of approval.” (sorry holy cows! your dung could be a pudding only to our compromised newspapers).

In 2011, a senior vice-president of Moody’s pulled the plug on world’s leading credit agency.

William J. Harrington had worked in Moody’s for 11 years before he resigned in 2011, upset by the manipulated ratings Moody’s issued during the disastrous housing bubble of 2008.

Harriington wrote a 78-page long “comment” to Securities and Exchange Commission (SEC) and then made it public. It’s a scathing indictment of Moody’s processes, conflicts of interests, and management.

For those who don’t know, Moody’s is paid by the same banks and companies which securities it is supposed to objectively rate. Harrington says it encourages everyone in Moody’s, including its analysts, to give clients the ratings they want.

Those who don’t fall in line, Harrington said are viewed as “impeding deals” and harming Moody’s business. They are thus often “harassed” or fired.

A few of Harrington’s key points are:

* Moody’s ratings often do not reflect its analysts’ private conclusions.

* Moody’s management and “compliance” officers do everything possible to make issuer clients happy.

Harrington’s story is startling. He names many Moody’s executives and describes many instances that regulators and plaintiffs will probably want to take a closer look at.

Thanks to evidence, made public, through major lawsuits by the San Diego-based law firm Robbins Geller Rudman & Dowd, Moody’s and S& P have been shown to be no better than shameless tools for the banks, willing to exchange high ratings for cash.

Executives and analysts from these companies, in damaging email after email, have been caught admitting that these credit agencies are crooks.

“Lord help our f*****g scam . . . this has to be the stupidest place I have worked at,” writes one executive. “As you know, I had difficulties explaining ‘HOW’ we got to those numbers since there is no science behind it,” confesses a high-ranking S&P analyst.  “Let’s hope we are all wealthy and retired by the time this house of card[s] falters,” ruminates one more.

A Morgan Stanley analyst even claimed that the bank had written, in Moody’s name, an entire 12-page “New Issue Report,” in which Morgan Stanley gave itself AAA ratings!!!

“I attach the Moody’s NIR (that we ended up writing),” yawns Morgan Stanley employee Rany Moubarak in a March 2006 email.

In April 2007, one S & P analyst told another: “We rate every deal. It could be structured by cows and we would rate it.”

In April the same year, Moody’s and S & P settled the lawsuit for a reported $225 million.

Most US newspapers never reported it (hang on, don’t carry a bias. US media is similarly shameless).

As of now, US Justice Department is investigating Moody’s for 2008 Financial Crisis (Why do all those whom our newspapers quote—like Melinda Gates and her Foundation–are in trouble with laws of lands? Good question, ask our editors).

These “Big Three” can impose economic implications for potential investors and global markets. When Moody’s downgraded Portugal, then European Commission President Jose Manuel Barroso said it was fuelling speculation in financial markets. “Europe was looking to get away from its reliance on the mainly US-based ratings companies and weighing possibilities for legal redress,” added Barroso.

Germany’s then finance minister Wolfgang Schaeuble too had termed it “unjustified.” He said the credit rating agencies “add speculative element to the situation.”

So Moody’s who talks of India’s “credibility” can’t be given AAA ratings. If anything, they deserve a “C and D” ratings –for Corruption and Debt.

And what ratings do you think we should give our newspapers for backing such epitome of “credibility”???