Manmohan Singh and the winter of public life 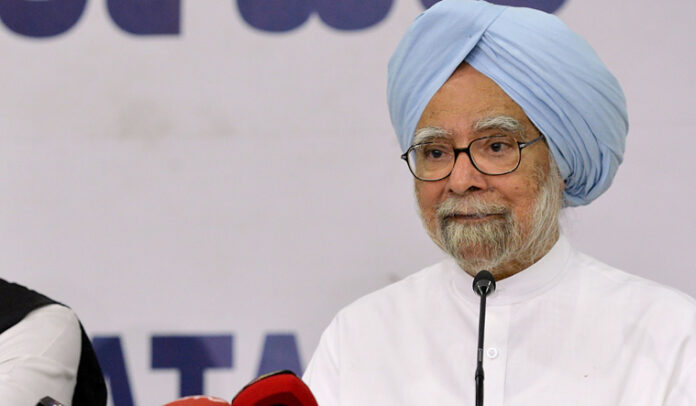 The winter of public life is setting upon Dr. Manmohan Singh.  By all accounts, it is doing no good to his feeble frame. Or self-esteem, never mind it wasn’t on rack under the canopy of the Gandhis in the first place.

The 87-year-old former Prime Minister, twice over, is battling on many fronts and it isn’t just the aftereffects of multiple cardiac bypass surgeries he has had to endure on self. He seems to have been let down by his own women and men, or mother-son duo if you may, though the news doing public rounds is his anger the ruling dispensation of BJP at the Centre.

The latest bit is Dr. Singh’s refusal to accept the trimmed numbers of his personal staff to five—two each personal assistants and peons and one lower-division clerk—against the 14 he perceives is his right. Dr. Singh has been pretty dogged in pursuing the matter and given the number of letters he has shot across to PMO, one could only say that his one lower-division clerk is worth every single penny.

It’s a cry in wilderness for nothing. A man who was used to 500 persons crowding PMO for a decade, is now left with just five. It’s a cut as drastic as the surgical strike he did on state-command economy in the 90s. The setback is as much functional as psychological. You need translators and stenographers; Photostat operators and dispatch riders, drivers, carpenters and even cook!  There are weekly offs, one or two on leave due to marriage in neighbourhood, and who pays for overtime in case the assistant is asked to stay back for second shift?

There are bound to be letters and invitations to a man who once presided over the destiny of 1.30 billion people, even if by remote.  Phones must be ringing incessantly. Door bells being pressed all so often. A posse of doctors and nurses pacing up and down the hall. Rent-a-quote journalists from The Indian Express and The Hindu spread on the couches of the living room. It’s a fair bit of nuisance.

A prime minister leaving his office is still worth the rank of a cabinet minister, says the rulebook. But it’s only for five years after he demits his office. It’s Modi’s second term now. Privileges aren’t for life, you see.

Can’t Dr Singh engage his own staff? But then he is no longer a Prime Minister drawing a salary of Rs 1.6 lakhs. He is no longer a Member of Parliament from Rajya Sabha too which is worth a lakh of rupees every month. (How he must be cursing the mother-son duo of Sonia and Rahul Gandhi who moved heavens to get an Ahmed Patel elected to Rajya Sabha but didn’t twitch an eyebrow in dumping Dr. Singh’s candidature).

Don’t you believe that only because he presided over a scam-ridden UPA regime, Dr. Singh is cash rich. For many a years, he drove Maruti 800. If Khushwant Singh’s book, “Absolute Khuswant” isn’t as fake as his Sikh history, and he wasn’t under the influence of wine or women or both, Dr. Singh once borrowed Rs 2 lakhs from him to fight the 1991 Lok Sabha elections. Dr. Singh’s progenies are academicians like him. Sonia and Rahul Gandhi are saving for the rainy days. Besides, what could you expect from a man who publicly tore your policy papers in front of whirring cameras? Or a Congress who saw him fit for no role during the 2019 General Elections even though the party was fighting for its’ life?

Modi doesn’t look a man who would junk the rulebook. On his person too, Modi has a cash of only Rs 38,750 even though the fixed deposit is Rs 1.27 crores (as per the details in his 2019 Poll affidavit).  How could the present PM help an ex-PM? Could Dr. Singh appeal to former vice-president Hamid Ansari and his Muslim brethren given how charitable he was in declaring Muslims to have the first right on India’s resources? Could Capt. Amrinder Singh listen to the wails of a fellow Sikh  and override his seething anger against the High Command who have unleashed a barking Navjot Singh Sidhu on his coattails?

Dr Singh has practically come to an end to his public life. Neither his own men and women want him, nor does the ruling dispensation have any affinity for him. Public base for Dr. Singh in any case was flimsy.  He flourished on the benign grants of Congress’ aristocracy. The plank has now been pulled from under his feet. And he doesn’t even have a straw to clutch on to. But then when Lutyens Delhi has been kind to even its own deities?