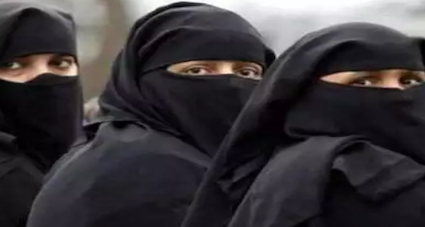 Indian Express doesn’t seem to like the bill which intends to raise the marriageable age of girls to 21.

In a front page piece today, it cites representatives of Parsi, Christian and Muslim clergies to junk it under the charge of (a) personal law; (b) harassment of marginalized Scheduled Castes and Scheduled Tribes; (c) going against the adult voting age in the country, i.e 18 years.

The problem I have with this piece is that it is biased for sure, possibly agenda driven, for it doesn’t take into view any counter arguments the absence of which betrays a newspaper’s bent and is against the tenets of journalism.

For example, the newspaper conveniently ignores that personal laws are not just of Muslims and Christians, even Hindus have their personal laws and they don’t seem to have any problem with the ball.

Let’s first take the issue of Personal Law, for that is the thrust or tenor of Indian Express piece.

Personal Laws have clearly been separated by the judiciary in this country (Bombay High Court—State of Bombay vs Narasu Appa Mali case) between two stools: religious faith and belief in spiritual practices.

The Part III of the Indian Constitution does grant freedom to citizens on religious matters but it also guarantees its citizens the right to equality or equal protection of the laws.

In essence, liberty of faith is subjected to the opposite fundamental rights and thus is not absolute.

Indian Express ought to have remembered at least Shah Bano’s case (here I am giving a link to their own pages) than turn into a loudspeaker on behalf of Christian and Muslim clerics who are bleating on infringement of personal laws.

The Supreme Court of India in that landmark judgement in 1985 had ruled against the beliefs of Muslim personal laws by granting maintenance appeal to a Muslim divorced lady under Section 125 of CrPC, despite refusal under Muslim personal law.

Now let’s look at the charade of harassment of marginalized Scheduled Castes and Scheduled Tribes.

The pleader in Indian Express story say that the bill could be “misused to harass these communities and young people” (Bravo, another stick to rake up the Dalits and Love Jihad divide).

Only,  how is this harassment if a mature girl is better prepared (a) health-wise to bear and rear a child; (b) prolong her education to make informed choices about her life; (c) and possibly get a job to be a better bargainer in a marriage?

The third and last recrimination in the Indian Express piece—by a member of the All India Muslim Personal Law Board (AIMPLB)—is that if a daughter is stayed longer at home, her security becomes an issue with parents! (Could you beat it—no women treated as property here, the Patriarchal charge which the Left-Liberals and Lutyens Media dump the majority Hindus with).

The Imam of Jama Masjid (Kashmiri Gate) wants the Centre to have extensive consultation with community members (Hello, and what the Courts are there for in this country, by the way?).

Besides, the pleader on behalf of Muslims argues if the voting age of 18 is good enough, it should be good enough for marriage too. (How does voting be equated with a person’s health, any idea sirji?)

It’s a primitive, even barbaric attempt to stop the marriage bill in its track.

It seems forces in this country wouldn’t like the Centre to carry out any reform.

The piece ignores that:

But none of this seems to appeal to regressive forces in this country.

It affects them if their daughters are empowered to make informed choices about their own life than be subjected to the tyranny of so-called personal laws.

It doesn’t bother them that if one half of India’s population is passive and not turbo-charging the growth of the nation.

Instead of putting regressive forces in places, Indian Express seem to blare and impart legitimacy to it.

Neutral citizens of this country have a duty to hang them out to dry.

And they owe it to nobody but to themselves.