Meet Ahmed Patel Jr, a success story like few and needs be told to gaping mouths 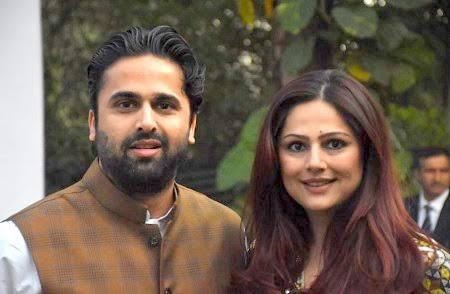 Apart from the now almost mandatory links to Doon School, which appears to be a preserve of the new royalty, there are also some interesting links to the Hawaii Pacific University in Honolulu, which again was a cradle for emerging Indians of a particular background who did not want to suffer the Umrikan mainland, where after a two year gap post School, a Bachelor of Business Administration (B.B.A.)Marketing from 2001 to 2004 was obtained. Be that as it may, it prepared him for the next leap into big business back home by virtue of an internship with DisneyWorld and another trainee position at Enterpise Rent-a-Car.

We now fast forward to 2011, by which time our good man is obviously a very successful entrepreneur with revenues exceeding 10 million dollars and more, which takes him to Harvard Business School for an Executive Education. in Owner/President Management-Entrepreneurship/Entrepreneurial Studies from 2011 – 2014. The OPM program is exclusively for owners and majority shareholders of companies with a revenue of USD $10 million and above. The program provides skills, tools and NETWORK to enhance existing businesses.

So what did the late Ahmed Patel’s son Faisal do between 2004 and 2011 which propelled him from a trainee at a car rental company to a paid programme for people with revenues of 10 million dollars and above?

1)      Faisal married into the most powerful family in Kashmir with links going back to Abdullahs and further beyond — see Faisal with his wife Zainub Nedous in the image above.

(As an aside, Zainub’s grandmother Begam Akbar Jehan was married to Sheikh Abdullah, rumoured to be initially wedded to Lawrence of Arabia : See image below).

2) Faisal started and ran Zion Distribution Ltd. Which to-date has a Paid Up Capital of–no prize for guessing–one lakh Rupees. That is about 1500 US Dollars on a good day.

3) Faisal picked up some very interesting business colleagues. Dino Angelo Morea, Riteish Deshmukh, and others. Along with preferential allotments in large companies. Just one of them appended, as an example

So, how do Bollywood’s Dino Angelo Morea and Riteish Deshmukh (the latter also of an eminent political background) converge with an enterprising Faisal Patel, upholding the larger late Ahmed Patel legacy?

Well, I won’t attempt the answer to this question. What is given is that celebrities attract each other: Both wield power by swaying the masses, and in the case of these three, extremely good-looking guys too. Such is the opium of powerful which makes masses lose their bearing.

Talking of opium, a subject on which I claim an insight, I offer the readers a pinch of this powder in words. It was the commodity which brought Mughals and Mongols and Colonials sniffing. India, an undivided one, abounded with the commodity in its Gangetic Belt, Malwa Region and Golden Crescent (Af+Pak+Kashmir India). There was a Golden Triangle too (Burma/Thailand/China/NorthEast India) and all this became an unbroken geographical entity. India’s intra-Ganges and India extra-Ganges, as our sub-Continent was referred to in ancient times.

Pilgrims, spices, silk and the rest of it, including slaves, was subsidiary to the primary and most valuable cargo – opium. They also made for a more convenient narrative. Make no bones about it – opium made and broke fortunes, remember Dwarkanath Tagore, grandfather of Rabindranath Tagore for example? And countless other Nawabs as well as Seths along with their retinues.

This increased as the Western and Occidental Worlds started looking at opium for medicinal properties too. Even today, people are surprised when they learn that the global narcotics economy is bigger than the oil, gas and arms/ammo economies put together. As an aside, all that money generated has to become legit somehow or the other, think back – how did the financial world recover after the banking crashes of BCCI and Barings, then?

“According to some economists, this liquid, illegal money may be fundamental to the maintenance of the current global economy. Antonio Maria Costa, former head of the UN Office on Drugs and Crime, stated in 2009 that the proceeds of crime represented “the only liquid investment capital” available to banks in danger of collapsing during the 2008 crisis. “Inter-bank loans were funded by money that originated from the drugs trade and other illegal activities. There were signs that some banks were rescued that way”, Costa stated. Without it, he argues, the financial crisis of 2008 could have led to an all-out global collapse of the banking industry. Instead, although numerous major banks failed, others scraped through thanks to the availability of illegal money.”

The other main source for the base material for narcotics, coca, is from two regions in South America. The volumes and quality are nowhere close to what emerges from our part of the world.

And traditionally as well as to this date, opium in most of its forms, moves mostly be sea. For which opium as a driver of the economy has always needed co-operative regimes in power and safe sea-ports where an assortment of fictions can be maintained, like, for example, “they came all the way from Europe for spices and took back cotton”. Tragedy is that we who live in India have also been hard-wired to swallow this fiction. Luckily, thanks to the internet, and the bad habit that the educated invaders from Persia and Europe had, fastidious records are available – you just have to dog them out from the internet or from expensive books – most of which are also now available online.

Now don’t tell me readers that after politics, you are looking for dope on Bollywood. Remember, you asked for it!