Modi puts his foot on the tail of the Dragon; and hopes the nation is with him 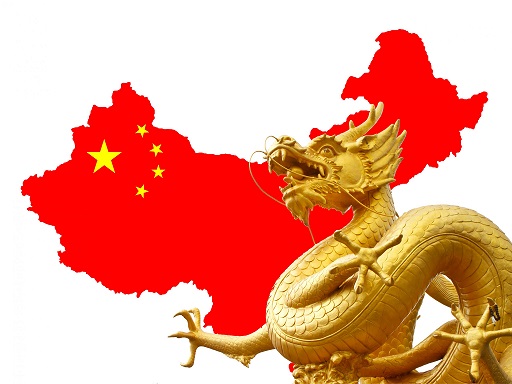 India is decoupling itself from China, and not just from Line of Actual Control (LAC) in Ladakh.

India has banned 59 Chinese Apps used by tens of millions of its citizens and I would be surprised if the Prime Minister Narendra Modi doesn’t warn us of its fallout in his afternoon broadcast to the nation on Tuesday.

China would retaliate by pulling out its investments and factories and looking to cripple our telecom and pharmaceutical industry due to our over-reliance on its equipment and ingredients. Their smartphones have 72% of our market. Half of our electronic imports and two-thirds of our drugs depend on China. Why, even our bulletproof vests are made with material from China.

The investment and jobs we were looking in infrastructure (Tsingshan, steel) and automobiles (SAIC), not to speak of the names which are household such as Big Basket, Byju’s, Flipkart, MakeMyTrip, PayTm, Swiggy, Zomato etc could all take a massive hit. It could grow into a trade war and we the citizens of this country would have rising costs, lost jobs and hardships coming our way.

How do you think our cash-strapped telecom companies could cope? Or how diminishing incomes would react to rising costs? And not just demand, would the supply side be able to stay on its feet if walls go up?

Yet India must decouple itself from China. A nation which depends on enemy for its food, goods and materials don’t last.  Germany lost to Britain because of the latter’s blockade in World War I. Ancient Athens fell to Sparta who won’t allow supply of grains through the Black Sea. Why, Australia today is tabulating the cost of a diplomatic spat with China on its crop exports.

The free-trade advocates might whisper into your ears that its’ protectionism, that we are going to pre-liberalization era of 1991 but don’t pay heed. Instead ask: What kind of open trade China is if its subsidizing land, material and tax-cuts for its manufacturers, brutalizing its labour, just to make sure your manufacturing remains buried forever? It’s nothing but a return to colonial era when we exported raw material and imported finished products.

Time is ripe for India to actively intervene in markets. Put spine in India’s manufacturers. Write-off investments in machinery if required. Revamp land, labour and tax structures. Incentivize them to the extent they reinvest profits in men and material. We could then hope for our future generations to look after their parents. Our disabled soldiers to return to the care of their able sons and daughters

If nothing, listen to what Chinese said a few years ago in their economic White Paper of the 21st century:

“Manufacturing is the main pillar…the foundation of the country. Since the beginning of industrial civilization in the middle of the 18th century, it has been proven repeatedly by the rise and fall of world powers that without strong manufacturing, there is no national prosperity.”

India already has the assurance of US State Department which announced last year that Australia, New Zealand, Japan, South Korea and of course India would take care of its supply chains in a rewired world. The critical industries outlined are pharmaceuticals, medical equipment, semi-conductors, automotive, aerospace, textile and chemicals among others.

Many countries are already opting for China Plus One manufacturing strategy. Taiwan is now actively promoting “non-Red supply chain”; Japan has put $220 billion on the line for its companies to shift production back home from China. South Korea is doing likewise with easy regulations, financial aid and tax incentives to those who could “return” home. Italy has announced an emergency decree which empowers it to veto foreign investment in electricity, water, health, media, aerospace, banks, insurance, robotics etc.

Prime Minister Modi seems to have opted for the brave course of short-time pain to long-term suicide. He has put his political career on line. He had no business to walk down this road which could put India in some serious woes. It might make us a little poorer, our goods more expensive but it would secure our borders, our future. China’s cheap exports are a gift which we would pay with ocean of tears in future. Let’s do our bit for our motherland.