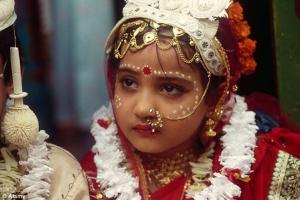 Supreme Court has mandated that intercourse with a minor married wife, even with her consent, is rape. The laws of this land already prohibit minors–“Bal-Vivah”- to be married off yet there has been no stopping this reprehensible practice. Now this latest Supreme Court verdict would act as an extra-plate armour to shield a minor girl and deserves a standing, extended round of applause.

For far too long this basic logic has eluded the intelligentsia as well as masses of this country that puberty of a girl is strictly subject to biology and neither to the whims of a pandit or a maulvi nor to the fantasy of a debauch or a pedophile.

The laws of this land mandate that a girl before 18 and a boy before 21 are not adult and hence their marriage is illegal.

However, as per the Sharia Law, a girl’s marriage below 18 years is valid. We have the instances of a Delhi High Court judgment in 2012 and a Gujarat High Court verdict in December 2014 that as per the Islamic law, a 15-year-old girl’s marriage is legally tenable provided her full puberty has been achieved—with the caveat that the girl could appeal in a court of law against the marriage once she attains adulthood at 18.

Now the million dollar question, which should strike each girl, parent and the society—if not the depraved or maulanas among us—is who is to determine if a girl has achieved full puberty at 15?

Whether the girl-child has attained puberty or not is a matter to be decided on the basis of a religion? That a Hindu or Sikh girl would be considered physically mature at the age of 18 but if she is a Muslim the age would be down to 15?

This nation has one constitution but not one uniform law. Me Lord, your legal books might not be a help in deciding a uniform age for marriage. But at least, allow biology to decide my puberty, that must be the unsaid appeal of all girl-children in our country.