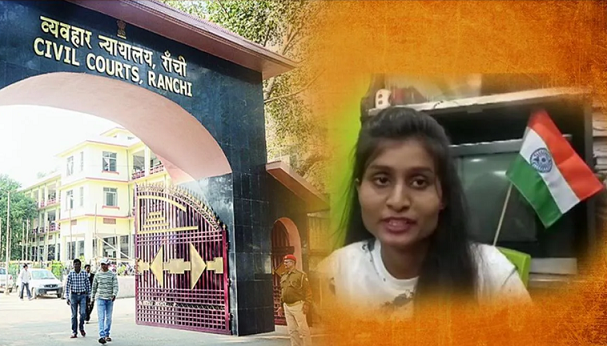 Nineteen-year-old Richa Bharti is a first-year student. For sharing a Facebook post, she spent two days behind bars. After a verdict of a district court, she is being debated endlessly in India and abroad.

The debate igniting passion around us is whether a Court could resort to allowing bail only if the person, sharing an allegedly objectionable post on social media, agrees to propagate the same religion by distributing five copies of its holy book. One of the copies of the book has also been mandated to be given to the very organization which filed a case in the first place against Richa Bharti.

It’s important we remember the issue was not even pronouncing if Richa was guilty but whether she is eligible for bail or not. The accepted norm in such cases is to release a person on the basis of a guarantee of any acceptable form.

It’s not as if India’s courts haven’t taken dramatic measures in the past where, instead of punishment, a lesson in ethics and morality was imposed as a sanction. In Rajasthan’s Pratapgarh, four persons were asked to plant 10 times more trees after they hacked one in their misjudgment. In Delhi, an eve-teaser was asked to do sit-ups and was released without any further punishment but for the time he spent in judicial custody.

But when the matter is religious, it acquires a rare sensitivity. More so in cases where it is perceived to be igniting religious passions and causing communal flames.

Richa, however, has refused to buckle down. She went on record to contest the judgment which is an opinion shared by many who think under the Indian Constitution, judiciary can’t curb or hurt the religious freedom of a citizen.

Let’s for a moment, juggle the characters in this episode and perceive of a new scenario. It’s now Richa Bharti who has filed a complaint against a member of a minority community and a similar judgment is pronounced by a Court. Would it have been accepted by the minority community? A real case per se be cited to demonstrate a likely outcome. Remember, a Muslim youth was thrashed by fellow Muslims for reading Ramcharitmanas recently? While granting bails to the accused, did the Court order that all accused should distribute copies of Ramayana/Ramcharitamanas as atonement? Instead, all of them were granted bail without any precondition.

Just imagine if this becomes the benchmark for Courts to grant bail as an atonement to the accused. Those hurting a Digambar Jain saint is asked: Be a Digambar, an appearance without clothes, for five days in a Jain ashram and serve humanity. Those found guilty of filing a false complaint for being made to chant “Jai Shri Ram” being asked to do the chore of going to a temple for five days, ringing the bell and pronouncing “Jai Shri Ram” as rote?

Would these conditions be accepted in our country? Or those who move heavens on lynching and mid-day meals; claim a religious, communal overture even in an outfit of a cricket team or in a freshly painted government building, would they be silent? There is every likelihood these “pseudo-seculars” would see it as a breach of India’s Constitution and secular values and could even knock the doors of United Nations.

The latest is that Richa Bharti has been granted bail. She didn’t have to distribute the mandated five copies of a Holy Book. On a petition against the move by the Police, citing difficulties in its implementation, a local court in Ranchi has waived off the pre-condition and Richa had only to furnish a bail of Rs 7,000. However, the matter wouldn’t die out in a hurry. Since the debate on so-called religious intolerance has begun grabbing our attention in recent times, the air is actually thicker with the religious intolerance of a different kind.

(Rohit Sardana is a popular, much-acclaimed anchor of a national TV channel. This piece of his first appeared in www.ichowk.in).

New Delhi Television (NDTV) Limited has filed a petition with the National Green Tribunal (NGT), asking for the Indian coastline to be protected and...