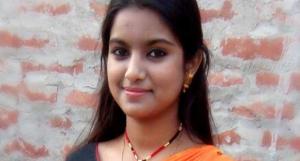 The gang which took up the case of Gurmehar Kaur in the name of “freedom of expression” is once again active. This time, it’s not for that cause but for blunting the melody of teenager Nahid Afrin.

A few Ulemas have issued the diktat that Afrin’s singing is against Shariah. The media duly conveyed that Afrin has been issued a fatwa. Enter this infamous gang. It made it known that it was not a “fatwa” but just a letter. The least this infamous gang would’ve done is to question these very Ulemas as to what the word “Fatwa” implies.  “Fatwa” in essence means opinion.

These very set of people who are busy in making the stance of Afrin appear weaker, were seen in open view questioning the Saifullah police encounter and whether the latter indeed belonged to Islamic State of Iraq and Syria (ISIS). As if the ISIS issues ID or Pan Card/ PF or Social Security Code of its cadres.

Like in Afrin’s case, this despicable gang had gone underground when a “fatwa” was issued against A.R. Rehman, Or when the movie “Lipstick Under My Burqa” was uncleared by Film Censor Board. But when Sanjay Leela Bhansali’s film set of “Padmavati” was vandalized, this gang once again seemed to have found its voice.

These people terms the slogans for secession from India as “freedom of expression.” This is the group which presents the Supreme Court order for respect towards “Jana Gana Mana” as an act of oppression. When a soldier doesn’t get the food he deserves, they pounce upon and call for the nation’s conscience. It’s another matter that when these very soldiers are receiving stones and bricks from the secessionists in Kashmir valley, their criticism is directed against the Uniforms on the subject of pellet use.

It’s time these forces are confronted and unmasked. Don’t let them get away with their nefarious designs. These men want to set an agenda by blunting our ability to see things in clarity.  They want to break-up India. On our bodies, as they say.