My child can see the ‘lies’ in this Pegasus narrative against the Modi govt. Why can’t you? 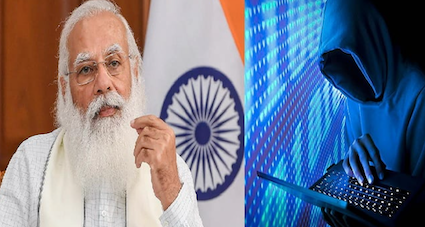 First the claims: a news portal the Wire claimed on Sunday that 40 Indian journalists have been snooped upon. Israeli spyware Pegasus is behind it, presumably at the behest of Indian government. Some of the names mentioned are Wire’s founder Siddharth Varadarajan, Paranjoy Guha Thakurta, MK Venu, Rohini Singh and Shishir Gupta etc. The 40 Indians are among thousands in the so-called leak list, first reported by The Guardian.

The Indian government has claimed in reply that such an allegation is baseless, nothing better than a “fishing expedition, based on conjectures” with the intention to “malign” the Indian democracy. It supports its claims on two counts: One, in the past a similar claim was made on use of Pegasus on WhatsApp by the Indian State which was found untrue, not to speak of an RTI on the same kind of misuse of Pegasus by the Indian government which was found untrue. Two, the Indian state is committed to privacy of all its citizens as a fundamental right as borne by the Personal Data Protection Bill, 2019 and the Information Technology Rules, 2021.

What does the Pegasus say? NSO Group, the Israeli cyber arms firm which has developed Pegasus? It trashed The Wire report which it finds so outrageous that it’s considering a defamation suit. It too makes a few point in support of its claim: One, such data which is said to be “leaked” has never existed on their servers; Two, any HLR lookup (Home Location Register) service has a central database on the operator’s side that contains detail of each mobile phone subscriber and is easily obtainable in public space which is quite different from presuming that they are being spied upon; Three, the NSO group supplies its technologies to law enforcement agencies and intelligence agencies of vetted governments for the sole purpose of preventing crime and terrorism, break up pedophilia rings, sex and drug-trafficking rings, locate missing or kidnapped kids, locate survivors trapped under collapsed buildings, and protect airspace against penetration by dangerous drones.

So now you know the claims of all sides: The allegation-makers (The Wire etc), the deniers (Indian government) and the defenders (Pegasus-maker NSO Group).

Now let’s try to use some common sense:

It has now come to light that the so-called “leak” was released by Paris-based media non-profit body Forbidden Stories and Amnesty International to multiple publications. Both have links with George Soros, the billionaire businessman who wishes to destroy all right-wing governments in the world and funds individuals, media, activists, NGOs etc for the purpose. Soros has openly vowed to remove Narendra Modi from being in power in India. The Forbidden Stories find prominent mention in Soros’ Open Society Foundations, while it’s on record that Soros has funded Amnesty International.

Forces based in Paris seem to have acquired a renewed interest on Modi’s India. First it was a discredited group Sherpa which raked up the Rafale thing; and now it’s Forbidden Stories. Two entities which are moving the world to uphold liberty, equality and justice in the world.

Still hell-bent in believing that Modi government is spying on its citizens? Well, live with your prejudices and agendas. True blindness is not lack of eyesight but the evil in your heart.

Post-script: The full Indian government’s response on the Pegasus charge.

Government of India’s response to inquiries on the ‘Pegasus Project’ media report. pic.twitter.com/F4AxPZ8876