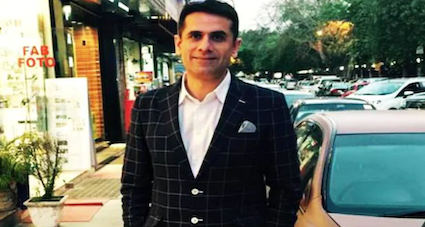 Navneet Kalra, whose restaurants and optical stores in Delhi are always brimming with India’s rich and famous, is stuck with a peculiar problem.

The reputation of one of Delhi’s most influential and powerful businessmen is in tatters; Kalra is on the run after Delhi Police found his staff and friends allegedly hoarding and selling oxygen concentrators to people at inflated prices.

He has been denied interim anticipatory bail twice. First by the District Court Saket in Delhi and then by the Delhi High Court, which had once said it will hang those found blocking oxygen supply.

Kalra’s hoarding of machines is seen as sacrilege in Delhi where people are dying every day.

The case has just started unfolding. It is not over yet, ostensibly because Kalra is no pushover. He is powerful; his connections stretching from top politicians and seasoned cops to Supreme Court judges and officers of the Indian Army.

Kalra’s outlets are in Khan Market, a popular market also known for its unauthorised and unsafe renovations. Owner of over 15 restaurants, Kalra always took pride in his clientele, and often had the entire Indian cricket team eat sushi out of his hands.

But now, he is missing from his home.

He is actually appearing like Humpty Dumpty. Social media is full of his news, and news of his business. Many are comparing his situation to the proverbial camel that eventually came under a mountain.

No longer is anyone in Delhi talking of his high-profile chefs and their lip-smacking preparations, his high-ranking politician friends, Bollywood actors, and also influencers and members of Delhi’s diplomatic corps who routinely came to his restaurants.

Some are even calling it poetic justice because there were many in the Indian Capital who blamed Kalra for using force and manipulative tactics to take over their properties.

There are high chances that the police could investigate even those who are thick with Kalra, and did business together, among them two former Indian cricketers as mentioned by a top sports scribe on Twitter.

Time and again, his involvement has been hinted at by those probing the underbelly of Indian cricket but the police have failed to establish any links. Sports Illustrated, one of the world’s leading sports magazines, did a cover story where people interviewed repeatedly hinted at a very influential businessman in Khan Market who was under the watch of the cops for his alleged links with cricket’s underbelly.

Kalra under the scanner of Delhi Police is a huge worry for many in the Indian Capital. His influence with politicians was again on display last year when the Aam Aadmi Party honoured him and some other residents of Delhi for helping shape the city. Delhi Chief Minister Arvind Kejriwal made a special mention of Delhi Ke Nirmata, and Kalra was among those given the award by the Delhi government.

Kalra is known to be thick with members of the Congress Party, which had nominated him more than a decade and a half ago for an “out of turn” permanent membership of the Delhi Golf Club. The names of those out of turn allottees came out after PM Modi cancelled some twenty memberships of the elite club.

(NewsBred adds: Not to forget that influential Congressman and lawyer, Abhishek Manu Singhvi who is standing for him in Delhi High Court, pleading on behalf of his anticipatory bail).

And now that the Bharatiya Janata Party-led National Democratic Alliance is in power, many fear the case of oxygen concentrators could eventually open a huge can of worms.

Sandeep Garg, additional sessions judge at Saket Courts said in his order that Kalra’s custodial interrogation was required to unearth the conspiracy. “Possibility of Kalra tampering with the evidence or intimidating prosecution witnesses cannot be ruled out,” said the order.

Kalra, who was once rumoured to be somewhere in Uttarakhand, is now close to Delhi. He could visit the court in just two hours and surrender, his lawyers told the sessions court.

The prosecution contended that Kalra had made “crores” by inducing the needy to believe that his China-made oxygen concentrators were premium German products sufficient for two people. The police got a report from the Shriram Institute for Industrial Research, which said the concentrators were of poor quality – many did not work and produced just 35% oxygen.

It was like hoarding oil during the great World Wars.

The case has exploded in the face of the rich and powerful in the Indian Capital ever since Kalra packed his family in a car and drove out of his South Delhi farmhouse to an undisclosed location.

Kalra’s Dayal Opticals is an improvised version of a store started by his father, Dayal Dass Kalra. It was then known as Dayal Sons, which sold standard glasses and frames. Dayal Opticals, under Kalra, sells expensive, imported reading glasses and frames. Kalra also owns a number of top-class restaurants. His photographs with his rich and famous clientele are routinely printed in supplements of dailies in Delhi. Away from his son, Dayal Dass Kalra runs his optical and eye care business in the cacophonous Lajpat Nagar market in South Delhi.

Not just Kalra, his family is equally influential and powerful. Kalra is married to Kitty, a fitness anchor for Hotstar and Airtel Digital. She is also a self-proclaimed pilates expert and the daughter of Sirajuddin Qureshi, halal beef exporter. Qureshi was in the news last year when the CBI raided his Hind Agro Industries Limited, and his directors, for allegedly cheating a consortium of banks of about Rs 222 crore. The case was based on a complaint from Punjab National Bank that headed the consortium. Hind Agro exports meat and meat products to over 55 overseas destinations in Asia, Africa and Europe.

All this is just one side of the coin.

Sources in Delhi Police say Kalra’s main interest is in real estate, which involves acquiring properties in VIP areas of Delhi NCR. His interests in real estate have been on for more than two decades, especially in Khan Market and its adjoining areas.

Like all those in the real estate business, Kalra also knew the good, bad and ugly in the trade.

Consider the case of Khan Chacha eatery, which was established way back in 1972 by Haji Banda Hasan. Nearly four decades later, Kalra joined hands with Hasan in 2010 and split within seven years in 2016. Kalra won the Khan Chacha trademark in a court battle.

But his way of dealing with his partners often triggered many enemies, ensured courtroom battles, claim those in the know.

Cops in Delhi informed this writer that Kalra had been under threat for some time, and was recently injured in a bodily attack initiated by his rivals – something his lawyers somehow corroborated in the court. The lawyers said their client (read Kalra) had had a fall, and had to undergo jaw surgery at Medanta.

The issue of fierce competition between Kalra and his rivals is not out of place. Kalra’s lawyers repeatedly talked about business rivalry in the courts. Cops interviewed said tensions have been brewing between Kalra and some of his rivals who run food businesses in the markets of Defence Colony and Lajpat Nagar.

It is reliably learnt that there is fierce rivalry between Kalra and his rivals who felt Kalra was allegedly trying to expand his empire beyond Khan Market and encroach into Defence Colony.

But then, Kalra’s accident or attack, and his riches, are not cutting much ice in the city. There are rumours that he is under some heavy debt and he has been trying hard to clear the dues.

In a city where thousands are struggling daily for oxygen concentrators, many are, expectedly, disgusted that such devices were recovered from several outlets belonging to Kalra.

At Rs 42,000 profit on one device – as claimed by his lawyers in the court – Kalra might be serving top cops, members of the judiciary and influential politicians but he wasn’t doing any favours to the city’s common citizens.

It is probably here that he lost the plot, and his reputation of decades.

Cops said they were surprised to see how even his childhood friends from families in Khan Market suddenly sprung out of nowhere and started gunning for Kalra. Many even called up the cops and said they were aware of the hoarding business.

Kalra must answer the charges levelled against him. After all, concentrators are the crucial medical equipment used for COVID-19 management. His lavish lifestyle, and photo opportunities with celebrities will now be on hold.

(This piece first appeared on MoneyControl).