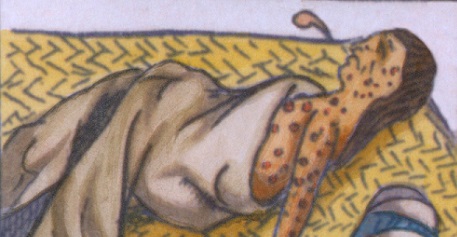 Popular fiction displayed as history written by the victors has it that the various Colonial, Mongol, Mughal, Persian, Moorish, Arab & other invaders, going all the way back to the Greeks, reached India for trade.

Cliches like “silk route” are used to provide cover ups. No trading mission travelled, whether by land or by sea, without its share of pilgrims as well as evangelists. And more importantly, travellers who came to try and learn what India had to offer, which India shared without demur. Open source knowledge is what you can see, for example, when you visit any temple over a thousand years old. Knowledge of astronomy and navigation, basics, helps.

The next fiction, also displayed as history, is that we should be grateful – especially to the marauding Brits – for railways, telegraph, postal network, legal systems and the rest of it. When in truth, we paid multiple times over by way of wealth and labour, all taken without even a bye-your leave.  Every Colonial and Mughal monument of any import, now presented as tourist wonders, would in any other self-respecting country be displayed as symbols of slavery to be visited in all solemnity. Starting with the Taj Mahal. And not restricted to Rashtrapati Bhavan, an assortment of British and Mughal Forts now used by the Army and other para-military forces all over India, and more.

But the biggest Truth, never really revealed anywhere – is that the invaders landed up for two very simple reasons –

1) They were going bust, monetary terms as well as basic agriculture.

2) Health and sanitation problems were forcing them to look elsewhere.

That most of them didn’t have the faintest clue on how to make cotton fabrics or design anything more than a cave with a tree is also documented. The epicentre of the Latin people, for example, was a forest on a hill where two wolves, Remo and Romulus, roamed unhindered as they went about chewing on humans whose only recourse was to climb on trees in the safety of their belief that the earth was flat.

They then brought smallpox to America, and devastated the native population there, who they referred to as “red” Indians. The real India, on the other hand, was presented with cholera. And in all cases, the first thing that the Colonial invaders did was to wipe out all sources of healthy animal protein. The herds of bison in America and the huge population of wild boar in India.

Today, when we read about the shortage of food (and toilet paper) in Europe and North America, and the various new strains of Covid-19 (variously blamed on China and South Africa) the parallel is uncanny. Whenever the Europeans have faced problems of money and health, they have for the last few centuries, attacked Asia and Africa. (America took its own time getting “discovered, remember?)

The first signs are already visible. Loot & scoot money parked by people from all over the world in an assortment of tax havens controlled by European countries, especially the Anglo-Saxon duo of the US & UK, is being sequestered at a steady pace. “Establish provenance or else” goes out the clarion call, equally from pulpit and podium, while their banks are on stand-bye to swallow those funds with a swipe of a fountain pen.

The next signs – provoking wars to grab natural resources, are also visible for those who care to draw parallels. Here is a brief list of recent wars for natural resources – and in each case, the death toll runs into millions.

Oman was part of India, remember?

As on date, sea-trade is also reaching a level of crisis not seen before – Argentine ports are not exporting grain, Chinese ports are not accepting Australian coal and empty containers (98% of which are manufactured in China) are just not available. Insurance and security costs are shooting through the roof in all waters between the Indian Ocean and the Atlantic. Seafarers are finding it difficult to board or disembark ships.

However, unlike in the past, India is not a pushover anymore. For that, we shall need to keep an eye out on internal enemies, too.