Now Jammu, and not Kashmir Valley, would call the shots 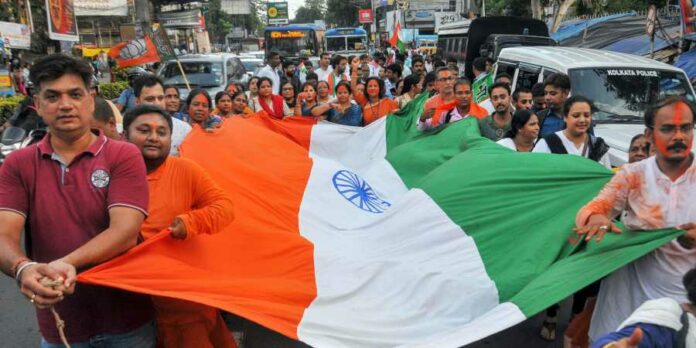 The game and set are already with the Bharatiya Janata Party vis-à-vis Jammu and Kashmir but the match would be truly over when the delimitation exercise kicks in.

The chances are it would happen in double quick time as the Centre has decided to set up a delimitation commission which would loosen the unethical hold of Valley’s political parties over the entire erstwhile state and disallow them from punching above their weight.

The shenanigans of unscrupulous Congress and Abdullah dynasty had carved up the erstwhile state, now a union territory, terribly tilted in favour of Kashmir Valley even though in size and density Jammu had a far larger claim to presence in the legislative assembly.

Out of 87 seats in the assembly, 46 were reserved for Kashmir region and 37 for Jammu (Ladakh had the other four seats). No wonder Abdullahs and Muftis, due to their clout in the Valley, controlled the levers of the troublesome region

This of course is historical injustice. Dogras (Jammu) have dominated the region historically. Dogra ruler Maharaja Gulab Singh amassed a state bigger than left behind by Maharaja Ranjit Singh, a Sikh ruler in the 19th century. Till 1941, Hindus in Jammu numbered Muslims in Kashmir Valley.

However, Kashmir changed forever once Pt. Jawaharlal Nehru and Sheikh Abdullah rose to power simultaneously in Delhi and Srinagar. Nehru afforded Abdullah a free run. Abdullah arbitrarily allocated 75 assembly seats in the 1951 state assembly between Kashmir Valley (43), Jammu (30) and Ladakh (2). There was no population data but just his whim to guide Abdullah.

Jammu and Kashmir had changed forever.

Abdullah’s son, Farooq, made it worse. His father had constituted the Delimitation Commission which had further increased Kashmir’s representation to 46 seats, as against 37 to Jammu. Farooq amended the Section 47 of the Jammu & Kashmir constitution in 2002 under which no addition or alteration of constituencies could take place up to 2026.

Game, set and match over. Or so they thought.

Modi has now abrogated Article 370 and 35A and bifurcated the erstwhile J and K state into two union terrirotry, J & K and Ladakh. The one of J & K though would still have a legislative assembly and if the present arrangement is allowed to remain, the PDPs and NCs would still control the valley and call the shots.

But now the J and K Reorganisation Bill, 2019 would remove the anomaly. The strength of assembly was 107 (24 being earmarked for Pakistan-occupied Kashmir) which would now become 114 after the delimitation exercise is carried out. The new Union Territory will also have reservation for the Scheduled Castes and Scheduled Tribes in the legislative assembly.

Once the delimitation kicks in, the ascendency of Jammu is inevitable. It already has more area than Kashmir Valley. It has more people in some constituencies than Valley has in two. (For instance, two constituencies in Srinagar City has nearly 50,000 less electorates than in single constituency of Gandhi Nagar in Jammu region. Same would be the case with Jammu City East seat).

Once this happens, everything would flow from the ballot and not from the bullet. Just imagine the scenarios below:

a-    Lakhs of Gujjars, Bakerwals, Gaddies–around 11 per cent of the state’s population—don’t have any reserve seat in the Valley even though they were given Scheduled Tribe (ST) status way back in 1991. The seven reserved seats for ST—Chamb, Domana, Ranbir Singh Pura, Samba, Hiranagar, Chenani and Ramban in Jammu, Kathua and Udhampur district–are all in Jammu region and have stayed stationery since 1996, never ever rotated to Kashmir Valley;

b-    A secure Kashmir would be such a powerful bulwark against Pakistan and its’ ISI, not to say a leverage which would come handy against China;

c-    If terrorists are throttled, Jihadi organizations such as Islamic State (IS) and Al Qaeda, not to say Lashkar-e-Taiba and Jaish-e-Mohammed—and its leaders such as Hafiz Saeed and Masood Azhar—would be neutralized.

d-    Safer borders means lesser martyred soldiers. A buoyant and not a demoralized force. It would also free up India’s security apparatus. Men and money both could be saved.

The delimitation commission would table in its recommendations to the Centre with regard to the number of assembly constituencies only. The number of Lok Sabha seats—three to Kashmir Valley and two to Jammu—can’t be altered as Parliament had passed a law freezing it till 2026.