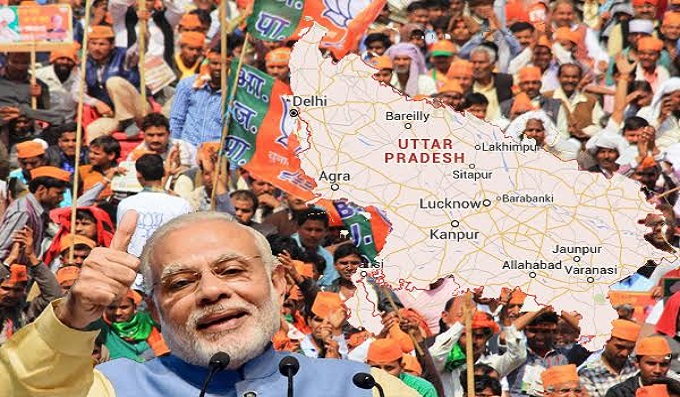 We are at a seminal moment in India’s history. The divide between Hindus and Dalits is closing. Once Muslims also join the flank, the pincer attack of Break-India forces would finally meet its wall.

These forces face existential danger.  Hence, their attacks have grown sharper. I would place two articles in the Indian Express and The Hindu for readers’ attention. One is from the known-baiters Christophe Jaffrelot and Gilles Verniers. The other is a survey by The Hindu. Both articles work on the caste equations, fudging data to show only if Dalits had closed the ranks, BJP would’ve met its fate in 2019 General Elections.  In essence, it’s a roadmap how to polarize Indian society in preparation for 2024 elections and beyond. Both articles have taken refuge under the umbrella of scientific surveys and peddled their agenda.

Jaffrelot-Verniers combine in Indian Express fire from the shoulders of SPINNER (Social Profile of the Indian National and Provincial Election Representatives) Project, undertaken by Trivedi Center for Political Data- Centre for Educational Research and Innovation (CERI). It concentrates on the “cow belt” or Hindi-belt which makes up nearly half of the MPs in our Parliament.

Jaffrelot and Verniers bemoan the erosion of Other Backward Classes (OBC) and consolidation of “suvaran” (Upper) caste. That the religious mobilization (read Hindus) has swamped OBC (read Dalits). The thrust of the article is:  BJP and its upper caste are weighing down heavily and that Dalits are being divided into “jaatis (sub-castes).”  The message: Dalits, watch out or you would be swallowed by Upper Castes. The agenda is the twain – Upper castes and Dalits—should never meet. INDIA MUST SINK.

The two sides are described thus: Upper caste (Brahmins, Rajputs) vs lower castes (Yadavs, Kurmis, Koeris, Jatavs).  BJP has upper caste in its fold. Jatavs are with Mayawati and Yadavs with Akhilesh-Tejaswi fold in UP-Bihar.  BJP has prevailed because it has worked on the layers of “jaatis” among the BSP-SP-RJD votebanks.

So BJP divided the Jatavs by working on the non-jatavs. It countered Yadavs by giving seats to “other OBCs”—non-Yadavs, non-Kurmis, non-Koeris, non-Lodhis, non-Gujjars–and still smaller OBC jaatis.  I mean is it some kind of video game?

Let me explain the absurdity of Jaffrelot-Verniers agenda. I mean all politicial parties, including Left, have upper caste leaders. Haven’t they heard of Namboodripad and Jyoti Basu? Don’t they know that Narendra Modi himself is OBC? That Mamata Banerjee casts herself as a “Bengali-brahmin”? That Rahul Gandhi is a “Shiv-bhakt” what if he ran away to Wayanad in Kerala and sought a sanctuary among Muslim votes? Is BJP more communal than SP, BSP, RJD etc who harvest on the communal and casteist fields, hopefully no longer fertile? That Modi has been overwhelmingly voted for by Scheduled Castes (SC)  and Scheduled Tribes (ST) -46 out of 84 SC seats; 31 out of 47 ST seats.

Not a word on Modi’s connect with the masses, cutting across caste and communal lines (why, even Muslims voted in larger number for BJP than in 2014). Not a word if GST, Demonetization, jobs and agrarian distress could have been drummed up issues. Not a word that Ujjawala, Ayushman, toilets, houses, loans, Direct Benefit Transfers (DBT) etc might have been massive factors. So much so that no less than 91 per cent of Jat votes went to BJP and not to Rashtriya Lok Dal (RLD), for instance.  But Jaffrelot-Verniers must stick to the agenda of looking at things from the Upper Caste vs Dalits prism.

The Hindu piece is termed as CSDS-Lok Niti-Post Poll Survey. It repeats more or less the same agenda. Their initial survey had highlighted the dissatisfaction with the Yogi Adityanath government in Uttar Pradesh. That people are unhappy with its MPs and MLAs, that the stray-cattle issue is epidemic. Now the upper caste-“jaati” social engineering has worked for the BJP. Easy isn’t it.

The fact is these forces wouldn’t like the country to go back to pro-Mandal days or pre-1990s era. Mandal Commission brought job reservations into vogue in 1990. It shifted the power equations, a new crop of backward class netas—Lalu Prasad, Nitish Kumar, Mulayam Singh Yadav, Kanshi Ram etc—spawned all over the Hindi belt. Hindu-Dalit rift was put on steroids, Bhimrao Ambedkar was dusted off the shelf, and these leaders and parties held the country on ransom.

Now Modi Magic is threatening to bridge the divide. A young and “New India”—most of them in their 20s—couldn’t care less on caste and communal lines. The mandate is as big as Pt. Jawaharlal Nehru’s (364 out of 489 seats) in the first General Elections in 1952! It should tell us all about the enormity and possibility of 2019 results.  Modi himself has given a new definition of caste identity: “There are only two castes: One of the poor and the other of those who want to alleviate poverty.”

That’s why it’s an existential crisis to a few. The Hindu gives its game away when it states in the last sentence: “The two parties (BSP-SP) need to rework their understanding of caste equations.” Shame that they are putting castes above the country.

(Post script: In the same edition, in its’ editorial page, The Hindu has a piece which berates Mulayam Singh Yadav and Lalu Prasad for concentrating on Yadav-centric politics which allowed lesser OBCs to fall in BJP’s lap. I mean these guys are something).