Pregnant women are not just Muslims 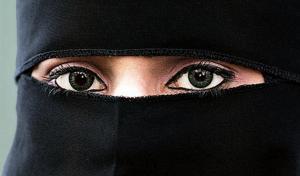 Prime Minister Narendra Modi’s announcement of financial aid to pregnant women in his new year’s address has led to suggestions that Muslim women would benefit the most from this scheme as they produce more children than any other religious sect in India.

This view is seen in sync with the recent move on “Triple Talaq”and the formulation of Uniform Civil Code(UCC).

Muslims today comprise of 184 million people in India or around 14.5 percent of total population (compared to Hindus who have fallen below 80%) as of 2015.

A Pew Research Center report predicts that by 2050, India will overtake Indonesia to have the largest Muslim population in the world. The Muslims are expected to swell to 310 million, or almost 18% of the population while Hindus would hover around 77%. As of now, Indonesia has 209 million, followed by India (176 million) and Pakistan (167 million).

This has led to unseemly concern among Hindus that Muslims are in an overdrive to produce more children so as to skew the demographic profile of India. They put the arguments below in support of their theory:

However facts and figures fly in different directions.

Indeed, across all religious groups in India, there’s been a decline in population growth. Buddhists have shown the sharpest decline due to an ageing population.

As of now, Indian Muslims are in majority in two states: the Union Territory of Lakshadweep and Jammu and Kashmir.

So folks, hold your horses. Don’t see the PM’s announcement as a sop to Muslims. It’s an inclusive scheme for all Indians. Welcome it instead of tearing it apart on religious lines.