Punjab’s farmers are doing better elsewhere than in own State: Any idea, Sirji? 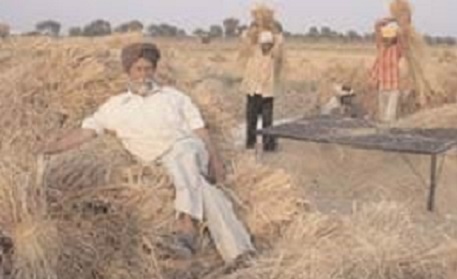 Once again, like last winter, a major arterial road into and out of Delhi is blocked. This time by farmers from nearby, who first blocked their own railway lines, and then realising the futility of the concept – opted to try and now choke the entry and exit from Delhi. In this case, one, maybe two and maybe more, roads, Looking at the farmers, interesting theories emerge on the provocations therein, but maybe it is time to also look at how farming is viewed elsewhere in India.

Why and how the accents protesting are using actors with likely Canadian type is intriguing but just one part of the puzzle. The Khalistani element, which appears to be trying to attempt a Shaheen Bagh 2.0 type of sit-in. But let’s first look at the Farm Acts which has caused loose motions amongst a few.

If you want to see how the farmers are already benefiting from the Farm Act 2020 and similar initiatives – hit the roads. Better still, talk to farmers, especially Punjabi farmers who are in other parts of India and then decide for yourself. And if the road from Delhi towards the North is blocked, then check out the other directions.

So let’s look at Bihar where the Mandi system was done away with in 2006. The fallout was that crops like wheat and paddy flowed from Bihar to Punjab since the MSP was better there. When transportation cost went up, Bihar reinvented itself. Local bakery and flour industry picked up wheat and paddy at better prices. Higher value crops with lesser risk began emerging. Vegetables, lentils, coarse grains, pisciculture, animal husbandry, fruits, dairy and much more – a drive or train ride through Bihar during the day shows you what bio-diversity in farming means where smaller land holdings prevail and there is no restriction on how and where to sell anything.

Today farm-gate sales are the norm in Bihar. Easy banking on internet devices, even SMSs, ensure up to 90% of the payment due for even the smallest transaction is in bank account of the farmer before his produce leaves his premises. (Think about that in a scenario where sugarcane payments re delayed by years).

Madhya Pradesh. Where MP-Sharbati atta has replaced the atta from hybrid wheat as the choice and at the same price. Ironically, most of this is from farmers of Punjabi origin who have been settling in Madhya Pradesh since the Partition and continue to do so—exchanging costlier land in Punjab and Haryana for often 10 times that much land in MP. That they moved to crop-diversity years ago, replaced poultry and bovine with goats and now pigs, and moved into more sustainable forms of agriculture without depending on the hugely subsidised chemical fertilisers is also a fact.

(A Punjab refujee fauji stock friend has been farming for decades in Madhya Pradesh, who spent years in Merchant Navy and as a guest teacher in agricultural colleges and as a demonstration farmer for best practices for a global leading tractor and agricultural machinery company, is of the firm view that apart from the Farm acts 2020, subsidies on chemical fertilizers cause more harm than good and should also be weaned off).

Same is the feedback from the North East. The grip of Calcutta on all trade has all but vanished. And that’s because there are better road, rail and air connectivity. There is a healthy two-way trade from areas north of the Ganges to the North East; everything from pork on hoof one-way to fruits in retail cartons the other.

(Amongst other produce. Have you not wondered at how the prices of kiwi fruit and pineapples are now fractions of what they used to be compared to other farm produce even a decade ago?).

The truth is some States have already done away with the much-hated “compulsory” mandi system. That massive fortunes are made by a select few at the cost of farmers because of the compulsory “mandi” system is an open secret. The best, or worst, example being sugarcane—though in that case it is the sugar mill lobbies at work also.

Farming is no longer the last option as it was in the 70s when I was growing up. Farming today is where people in India go to make their fortunes.

Bear in mind that in the ’70s, the “waiting period” for a tractor was almost the same as the waiting list for a scooter, and road as well as rail connectivity a small fraction of what it is now. Connecting all villages by road, for example, reached 75% in India only about 20 years ago.

Tax-free, easy safe banking, good roads-trains-airports, state-of-the-art availability of farm machinery, online information on everything especially weather changes, everything appears to be working for the farmer.

One, there are vast regions of India where the Farm Acts 2020 is viewed as a huge game changer, benefit and positive for the farmers. A huge way to get out of the grip of local traditional goons in many forms who would otherwise dictate everything – including which crop to sow or which animals to rear. And then force their way further in every aspect of life. Sociologically, a disaster, in ways not easily imaginable. And at the root of everything was the “mandi” system.

Two, just like what happened when the milk or “white” revolution swept across India with the co-op movement more known as “Amul”, there is a “yellow” revolution in pulses and lentils also sweeping India. Do recall how foreign countries which considered India a milk market reacted when India not just became self-sufficient in milk but also started exporting milk. A very prominent brand of butter from France, for example, is now manufactured and also exported from India. It says so on the packaging in very small print. In my life, I have bought that brand in France because it was simply brilliant, and now look forward to a day not too far away when the “Made in India” marking on that butter will be in a much bigger font.

The same thing with lentils and pulses. Do you know that Australia, a huge exporter of lentils and pulses, simply did not grow any lentils and pulses till about 50 years ago – and the first lot of seeds were presented by India to Australia in exchange for cows and bulls from there? Likewise, Canada also started growing lentils and pulses specifically after India origin farmers reached there, and India is today the largest importer of pulses and lentils, mostly “yellow” daals and chickpeas, in millions of tonnes.

And by 2022, India may well start exporting pulses and lentils.

That import of lentils and pulses number has just come down to lakhs of tonnes in this fiscal, and is expected to come down even further – which makes the Canadians even more worried. And who are the biggest farmers community in Canada now?

As mentioned before, one effect of the Farm Acts 2020 in India is that agriculture is going to become even more paying a proposition, all the way from farm to fork – and if the huge number of cold storages as well as food processing plants is not something you are aware of, then once again in Bihar, look no further than Mansi in Khagaria, where the Pristine Fod Park and Logistics Centre is already up and running – as the biggest in India.