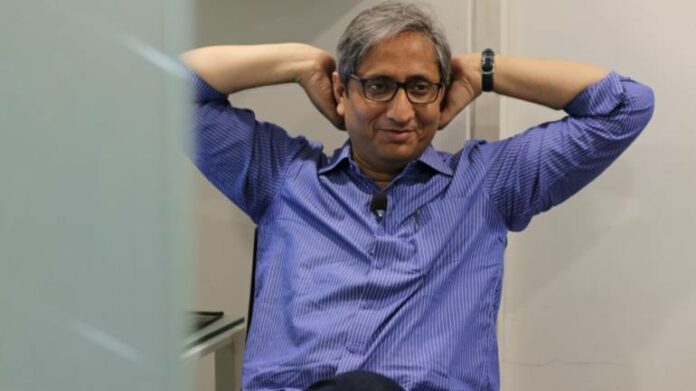 Ravish Kumar has won Magsaysay award as once did Anna Hazare, Arvind Kejriwal and Admiral Ramdas. The common thread is community service and any inference to Aam Aadmi Party (AAP) is incidental.

The award was established by New York-based Rockfeller Brothers Fund in the memory of Philippines president Ramon Magsaysay who died in a plane crash in 1957.  In 2000, Ford Foundation did its bid by constituting the Ramon Magsaysay Emergent Leadership Award.

It is in the interest of Indian citizens to know the background of Rockfeller and Ford Foundations.

In the early 20th century, United States legalized endowed foundations. What was once a missionary activity was now called corporate philanthropy. They were the new lifeguards of Imperialism, or call it Capitalism, under threat from Communism.  Among the first to be set up was Carnegie Corporation, endowed in 1911 by profits from Carnegie Steel Company. The Rockfeller Foundation was endowed in 1914 by JD Rockfeller, founder of Standard Oil Company.

Rockfeller Foundation was the early patron which gave seed money to the United Nations, Central Intelligence Agency (CIA) and the Council on Foreign Relations (CFR).  These Foundations had massive resources, all tax-free, with an unrestrained brief:  to turn economic muscle into political, cultural and social capital. Massive funds were not there to raise wages of its workers. It was to turn money into power—to run the world. (So we have Bill Gates controlling health, education and agricultural policies all over the world from the seemingly dull occupation of selling software).

By the 1920s, US had begun to swoop on overseas markets and its raw materials. In 1924, the Rockfeller and Carnegie Foundations had created the most powerful foreign policy pressure group—the Council on Foreign Relations (CFR), later funded by the Ford Foundation as well.  So far CFR has had two dozen US secretaries of state on its roll. No less than 5 CFR members were in the 1943 steering committee that planned the UN. JD Rockfeller bought the land for UN’s New York headquarters at $8.5 million grant.

Then came the 1944 Bretton Woods Agreement to set up a new international monetary system. Now all other currencies were pegged to the value of the US dollar, which, in turn, was pegged to the price of gold. World Bank and International Monetary Fund (IMF) became the checkposts of world’s financial roadways. They demanded Good Governance (as long as they held the strings), Rule of Law (as long as they helped make the laws) and transparent institutions. Ironically, these rules were mandated by two of the most opaque, unaccountable and non-transparent global organizations.  Country after country was cracked open by World Bank for global finance. (A fact:  All dozen presidents of the World Bank since 1946, which has its foot on the throats of Third World governments, have been members of the CFR, barring one.)

The Ford Foundation came into being in 1936. It works in lockstep with the US State Department. It is in complete harmony with Bretton Woods philosophy of standardizing business practices and promoting free market.  The Capitalist Order is dressed up in liberal ethos.

It’s with these lenses you need to view the activity of Ford Foundation which has invested tens of millions of dollars in India. Generous aids are given to specific university courses and scholarships. A lot of these funds go to writers, artists, film-makers and activists.  (Again any inference to Award Wapsi gang, List of 49 “eminents”, MeToo movement, dalit scholars and research foundations taking over the edit pages of Lutyens Media is incidental).

These Foundations have made it an art to put their pieces on the chessboard of a society. Elite clubs and think-tanks are formed. Ford Foundation makes no secret of intervening in grassroots political movements as its avowed “goals for the future of mankind.” If your mind is going to Anna Hazare and his sudden centrestage occupation of Indian politics, along with the likes of Kejriwal and Manish Sisodia, the inference again is incidental. It would do us no harm though to remember that Kejriwal-Sisodia have publicly conceded of generous grants by Ford Foundation to their NGO in the past.

By the 1950s, the Rockfeller and Ford Foundations were in overdrive in funding NGOs and educational institutions around the world. They were quasi-extension of the US government to topple democratically-elected governments in Latin America, Iran and Indonesia. The Indonesian students, trained in counter-insurgency by US army, played a critical role in effecting CIA-backed coup in Indonesia in 1965 that brought General Suharto to power. Similarly, eight years later, young Chilean students were trained at the University of Chicago (endowed by JD Rockfeller) to do their bit in the CIA-backed coup that killed Salvador Allende and brought General Pinochet and his reign of murders that lasted 17 years.

Please reflect why Anna Hazare, who calls himself a Gandhian, never said a word against corporate power or privatization. Why India’s corporate media proclaimed him to be the “voice of the people.” Whether the rage against scams was intended to wither away the powers of government and give levers to privatization? It’s worth reminding readers that Anna Hazare in 2008 received a World Bank award for outstanding public service (Any conjuring up image of Ravish Kumar and his Magsaysay Award, again, is incidental).

Or for example how come urban gender champions and their feminist movements never have a word to say for a lakh-strong Krantikari Adivasi Mahila Saghathan (Revolutionary Adivasi Women’s Association)? Are they afraid of standing up to mining corporations in the Dandakaranya forest? Is this Capitalism and its ugly face which is covered under Liberal ethos, pushed by these Foundations?

These Foundations core philosophy is to prepare an international cadre which could extend Capitalism and the hegemony of the United States. Find natives who once served colonialism and would now do them. Take over the fields of education, arts and entertainment; extend hold on the minds of masses. What if it costs millions of dollars? Money is useless if it can’t buy global power.

Magsaysay Award to Ravish Kumar is another piece in this chessboard. A brand has been created as a bulwark against India’s cultural resurgence. Watch how Rahul Gandhi and Priyanka Gandhi-Vadra are swooning in praise. The enemy is making moves on all fronts. It is for us to connect the dots and keep fists in front of the face.