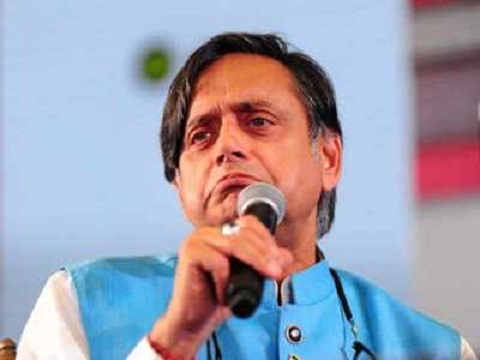 Andimuthu Raja of the Dravida Munnetra Kazhagam (DMK) calls it “a dark day for democracy.” Shashi Tharoor of the Congress sees  it a bid to remove “the two greatest armours of institutional independence” and Adhir Ranjan Chowdhury, leader of Congress in Lok Sabha, views it as an attack on “our democratic right to information.”

Serious isn’t it. Who doesn’t know Raja or Tharoor or Chowdhury.  I mean we all have heard of 2G licenses,  Sunanda Pushkar and “gandi naali (drainage)” slur. They are our much-in-news parliamentarians who today have hogged our newspapers for faking their concern on the amendments to the Right To Information (RTI) Act 2019.

On Monday, Lok Sabha trembled to their din on the amendment to the RTI Act, 2005. As per the amendment, the Information Commissioners (ICs) will have terms and salaries decided by the Centre, instead of being on par with those of Election Commissioners. Tharoor bristled with rage: “Are you bringing this amendment because an IC asked the PMO to reveal the PM’s educational details?” Chowdhary found it an attempt to “keep tab on the Commission and kill its freedom.” NK Premachandran of Revolutionary Socialist Party (never mind if you haven’t heard of him) is convinced the amendment is an attempt to benefit the Central government.

All this for defining the terms and salaries of Information Commissioners?

So, here are the facts. The RTI Amendment Bill 2019 in no way compromises the autonomy or independence of RTI Act 2005. The amendment leaves Section 12(4) of the Act, which ensures autonomy and independence of the Act, untouched.  The appointment of Information Commissioners (Section 12.3) is also not tampered with.

Now to the terms and salaries of Information Commissioners.  The present amendment bill seeks to amend section 27 of RTI Act 2005 which DOESN’T define the tenure and terms of conditions for the ICs in its present form!!! Does clearing “ambiguity” on RTI Act sound like a “dark day for Indian democracy” to you?

The other contradiction is that CIC and state information commissioners enjoy the status of Supreme Court judge but the verdict passed is liable to be challenged in the High Court.  The present bill seeks to correct this anomaly.  Besides this amendment hasn’t originated from the government alone but also held by several sections of society and judiciary.

For example, the Rajiv Garg vs UOI Supreme Court judgment of 2013 directed that decision be taken on uniformity of service condition of various tribunals. Similarly, the Second Reform Commission in its 13th report of April 2009 also recommended that there is need for greater uniformity in service conditions. The recent judgment of high court of Kerala states that the Chairman and member of the CAT do no occupy the exalted position of the judge of high court merely because they are given the same benefits.

The present amendment merely is enabling legislation which will authorize the government to frame the rules by amending Section 27 and to deliberate upon the tenures and terms of Central and State Information Commission through Section 13 and Section 16 of the RTI Act 2005. The amendment would further streamline and institutionalize the RTI Act and further facilitate its delivery.

BJP sources say that the commitment of Modi government to strengthen the RTI Act is manifest in the fact that it has introduced the 24-hour portal and a mobile App for convenience of filing RTI anytime, 24 hours, 365 days in a year.

The present government has also implemented Section 4 of RTI Act whereby suo motto (on its own) information is now available on all the government websites even without having to file an RTI to seek information.

The leader of the largest opposition party (read Adhir Ranjan Chowdhury of Congress) is also a member of the selection committee when there is no recognized member of opposition in Lok Sabha.

And for all this good, Shashi Tharoor calls it a RTI Elimination Bill.

Said a BJP source: “Those who have vested interest in using RTI as a tool of blackmail are making motivated allegations against the RTI Amendment Bill 2019 which are totally unfounded and unsubstantiated.”

Oh is it? RTI as a tool of blackmail? So next time you read screaming headlines in the Indian Express or The Hindu or Times of India or Hindustan Times or any other Indian daily curse the mugger who might have gained behind this charade of “scrutiny” for public good.

Meanwhile, the RTI Amendment Bill was passed with 218 “yes” and 79 “no” in Lok Sabha on Monday.