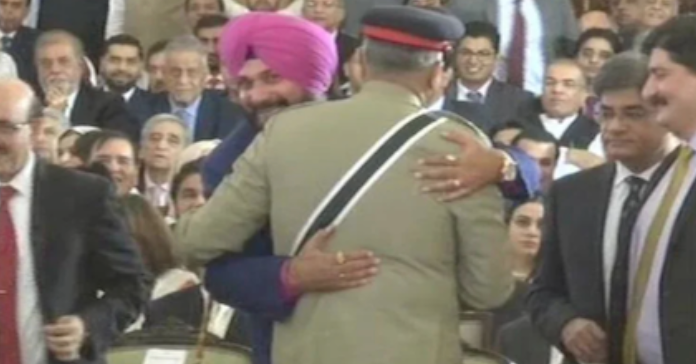 Navjot Singh Sidhu is a political lightweight compared to Captain Amarinder Singh. He has been in Congress for a mere four years. Amarinder has been twice CM and in politics for over half a century, much of it with Congress.

Yet Sidhu became a rallying force against the chief minister. In the CLP meeting, attended by 78 of 80 MLAs to which he was not a privy, Amarinder was left with no option but to resign. The party high command had already secured signatures of over 60 MLAs to preempt if Amarinder had ventured for the assembly dissolution.

Indian Express has gone to length that it’s Amarinder’s poor performance and aloofness which forced Congress hands. They have taken refuge under unknown sources to claim Amarinder wasn’t doing enough against the Badals, and worse could have been soft on BJP. The newspaper also floated the theory that Amarinder had the support of Sonia Gandhi but not of Priyanka and Rahul Gandhi, ignoring Amarinder’s express words that “the way Gandhi family has humiliated me, I can’t tolerate.”

All this of course is complete nonsense. This “aloof” and “unpopular” chief minister wrought a miracle for the party in the 2017 assembly polls. What had been 56-12 seats for Badals and BJP in the 2012 polls, was reduced to 15-2 in the 2017 verdict. So ostensible is the attempt by the newspaper to hide the real cause in its four-story front page coverage, so elaborate an attempt to obfuscate what is pretty apparent to everyone that Amarinder left because the party high command wanted it this way.

Now why would Congress like to wreck its own chances ahead of the polls? What do they gain with Navjot Singh Sidhu as vehicle for this change. Not for a second believe that it’s the MLAs who revolted against the chief minister. Only a few weeks back, Amarinder had secured signatures of 63 of them in support. When leaders like Shashi Tharoor and Kapil Sibal and Anand Sharma have dithered, it’s stupid to believe that MLAs have wrought this change. You don’t come to Congress without leaving your self-respect and dignity outside the door.  Those MLAs who don’t fall in line would have been denied tickets in the polls. You don’t credit lambs for killing a lion.

So why has Congress chosen to hurt itself in Punjab? Again, we look at the missing links in the puzzle to make a reasoned guess. Captain Amarinder Singh in his outburst has said Sidhu is “anti-national” and “dangerous for nation’s security.” Indian Express has cursorily quoted the outgoing CM but hasn’t dwelled on the matter.

This is what Capt Amarinder Singh further said: “ Do you know how many drones are coming into Punjab on a daily basis? How much weaponry has come into Punjab? How much RDX explosives, how many grenades, how many pistols, over 50,000 rounds of ammunition, all that is coming in the state, what does it come in for?” It’s a matter of national security.”

So if we agree that Sidhu has been the catalyst in Amarinder’s removal, despite being a politically lightweight, we need to look at Amarinder’s charges seriously which the Congress high command and newspapers like Indian Express have given a quiet burial.

Was Amarinder and Sidhu/High Command not on the same page on this alleged national security threat?

Is Sidhu a conduit for Pakistan? Well, his hugging his old cricketing mate Imran Khan and general Bajwa in public (image above), isn’t quite an evidence. Nevertheless, Imran’s Pakistan is better served if Sidhu holds the key to Punjab. Our arch-rival looks to destabilize India through drugs and terrorism, through the voices it nurtures which could be in Bollywood, Media, Academia, NGOs and what the heck, even political parties.

Readers, it could make you go on trail on how Congress speaks the same language which Pakistan uses, how even a 26/11 went unaccounted for even as Balakot and Pulwama were scorned at. How there is “Aman ki Asha” even after decades of outrages against the nation we call India. But we must not jump the gun and show Congress and Pakistan on the same page.

All we are doing is trying to find the reason Amarinder left despite being a priceless asset to Congress in Punjab. In this piece so far, we have established that (a) rebelling MLAs were not the cause for dissenting ones wouldn’t get the ticket for polls; (b) That going soft on Badals couldn’t have been the reason since if Akalis are on the margins in the state, it’s because of Amarinder; (c) that there is no real evidence of his “aloofness” and “unpopularity”, certainly not enough when compared to the negligible heft which lightweight Sidhu or MLAs bring to the table.

Yet Congress has chosen to sacrifice Amarinder. A party which has lost ground in the country due to its alleged nepotism and corruption, couldn’t have been upset enough with lack of industries or joblessness to remove its helmsman in Punjab. We have to keep Sidhu in the centre of this drama where a lightweight was made to dance on the head of arguably Congress’ most popular grassroots leader.

Amarinder thinks Sidhu is “anti-national” though obviously Congress doesn’t think so for he is now the state Congress chief. Newspapers like Express also give short shrift to the Captain’s startling charge. It must make the citizens of this country be really worried about the implications for India, and not just Punjab, and which is not dwelled at by our Lutyens Media. You also can’t keep the matter in isolation. One has to connect Khalistan and farmers’ protest too. Besides, it’s Amarinder who asked  protesting farmers to go out of Punjab–which the Khalistanis would never want.

If Sidhu is indeed “anti-national”, and if he is allegedly close to Pakistan, why is he Congress’ favourite? Unless of course, its Pakistan which is pulling the strings behind the curtains. If so, the plot is a lot sinister and Sidhu no more than a puppet in this game.