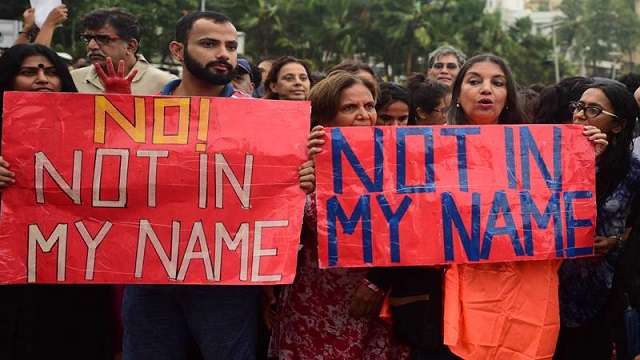 So, nobody threw the skullcap. Nobody taunted Mohammad Barkat Alam in Gurugram for being a Muslim. Nobody asked him to chant “Jai Shri Ram.”

Don’t take my word for it. Nor of the police. You haven’t seen CCTV footage too. But at least believe Alam on whose behalf Lutyens Media reserved headlines as big as they would if World War III has broken out.

Alam, in his FIR, doesn’t say that his skull cap was thrown on the street. He doesn’t complain that he was asked to chant “Jai Shri Ram.” Lutyens Media had quoted Alam that two people, and four on motorcycles, had cornered him. CCTV footage shows only one person. The entire incident is of 1.30-2 minutes.

There is such daylight between what media reported Alam to have said and what he actually reported in his FIR that police has no doubt “somebody tutored him (Alam).” Police is emphatic: “It’s not a communal incident.”

In short, IT WAS A HOAX.

But google search Barkat Alam. You would only find headlines of Barkat Alam and his skullcap, how Gautam Gambhir is indignant at this communal attack. Ask your friends, relatives any common man. All of them would froth at the injustice to Barkat Alam, only because he was a Muslim.

This is not a one-off incident. Swati Goel Sharma of Swarajyamag has compiled a twitter thread on hoax hate-crimes against Muslims reported in Lutyens Media. These are the crimes where Muslims have raised the bogey of victimhood and Lutyens Media have spun a yarn.

But lo and behold: the nation stops. Sardesais and Shekhars grid up the lions. Sagarikas and Barkhas have their lipsticks smudged due to mouthfuls. Rahul Gandhis and Arvind Kejriwals are never far off.  Cameras whir; mikes glisten in sun and celebrities are on the street with placards (The picture in this article is of Shabana Azmi and hers “Not In My Name” on the tragic death of Junaid–but not on beef narrative that Liberals had run away with).

Like Barkat Alam, there is Misbah Qadri, a Muslim woman in Mumbai. After BJP came to power in 2014, Qadri claimed she was being forced to leave her rental flat by a property broker. The broker went underground, fearing for his life.

Soon the facts emerged. Qadri wasn’t vacating her rented house. Property-broker had filed a case against her a month before Qadri whipped her narrative. The very building housed several Muslims and none had a complaint against the property-broker. The police concluded there was no evidence in support of Qadri.

The fallout? None. Lutyens Media behaved as if nothing had happened. No sorry for a hoax story, no apology to the broker who could’ve been killed. The hate-Muslim narrative is too nourishing for a few, you see.

Then there is this 22-year-old Umam Khanam, a law student in Meerut, Uttar Pradesh. She had taken the social media by storm in narrating her ordeal: how she was molested by fellow students in a bus for being a Muslim, for not wearing a “Lotus” cap. She blamed her teachers for allowing students to get away with vulgarity and lewd comments. You would remember the indignation amongst our liberals. Indeed, everyone, including you and me, was offended. Saffron and lotus had another brush with the “outcast” syndrome. The heavens fell.

Then the facts emerged. It was again a Muslim-hate-crime hoax. Nothing supported Khanam’s claims. When the Muslim-girl was asked to show up for an internal inquiry committee, she skipped it. Most students gave written statements calling out her lies. Indeed, investigations revealed that she was a rabid Muslim zealot and hated BJP. Her social media posts corroborated her profile: hatred for “bhakts” to the extent she wished death for them. Her tweets wished for the lynching of Prime Minister Narendra Modi. She asked BJP supporters to go and dring “gau mutra” (cow-urine).

Nobody approves of hate crimes. The perpetrators must pay for such crimes. But equally criminal is to make a distinction between Muslim and Hindu victims. See crime from the communal lenses. Every day an incident or two happens in a nation of 1.3 billion people. Sometimes Hindus suffer, sometimes Muslims. But it ought not to be a pretext to cook up hate-Muslim crimes. Western media is ever-ready to make a meal out of it.  To show Hindus are rabid. Minority is in danger in India. India is back to Dark AGes. The India of Nehru is over. But when the lie is called out, all guns fall silent. Lutyens Media move on to next hate-Muslim crime-hoax as if nothing happened. No course-correction, no apology, NOTHING.

As an aside, check the tweets of Lutyens Media and its’ crusaders if they have reacted to the assault on “Freedom of Press” in Karnataka where an editor is facing jail for doing a story on Gowdas. Do imagine if it was a BJP government and not of Congress-JD(S).

(P.S: Again, do read to the admirable thread of Swati Goel Sharma. Such are journalists who are the real “chowkidars” of India).