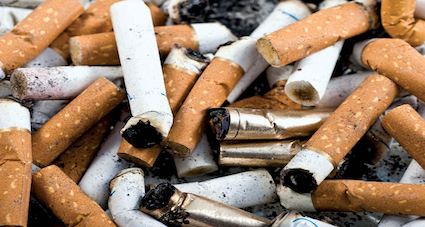 The repeal of the proposed farm laws has given hope to many, among them the tobacco industry that remains constantly at the crossroads because of various decisions taken by the government.

It is a very significant industry, it has a Rs 53,000 crore plus turnover.

But strangely, India never has had a clear roadmap for tobacco and tobacco related products. It is only now that the health ministry is studying patterns of various types of smoking tobacco, cigarettes, beedis and e-cigarettes, the last remains banned in India.

The industry is hoping against hope that things could change for the better for them as well, especially at a time when the Health Ministry has set up an expert body to chart what many claim could be a definitive roadmap for consumption of tobacco and tobacco-related products in India.

There are serious pricing issues impacting the market, discussions must happen about the fate of tobacco farmers and the beedi industry and chewing tobacco markets. And then, in the middle of this, the vaping debate in India is growing fast, actually faster with repeated studies flooding the Health Ministry about what e-cigarettes are. So let’s first talk about this survey, initiated by Povaddo, an opinion-based research firm with expertise in the area of public affairs and strategy.

Their recent survey on (Electronic nicotine delivery systems)ENDS/e-cigarettes – currently banned in India since 2019 – throws up some interesting facts. To start with, nearly 99 respondents believed ENDS/e-cigarettes are a better alternative than cigarettes and that the Indian government should come up with new ways to reduce the harm caused by smoking cigarettes. Will it happen, now that the ministry has set up an expert committee to chart the roadmap for tobacco? No one has an answer but one can always live in hope that all respondents in the market will get a fair chance to express their point of view.

There’s more to the survey. Nine in ten respondents believed ENDS/ e-cigarettes should be just as accessible to adult smokers as regular cigarettes. That means the ban in 2019 was sudden and – actually – without any scientific basis.

Those who participated in the survey also felt ENDS/e-cigarettes could lead to few smokers. Now, 92 percent of current users of cigarettes or other types of tobacco products say ­­they would consider switching to a smoke-free alternative product if it were legal, met quality and safety standards, and were conveniently available. As of now, that option is not available in India. And it is also important to note that very few stopped using ENDS/e-cigarettes following the ban.

So should the Health Ministry change its stand, or should it not, especially at a time when the ministry is seriously eyeing smoking patterns in India in an effort to change smoking habits? Well, the ministry should be worried because India ranks number 2 in the world for smokers in the 16-64 age group. India has one of the lowest quit rates for smoking. The Ministry, claim sources, has tried hard to curb smoking but it has not worked.

So will ENDS/e-cigarettes be included in the roadmap for reducing tobacco consumption? Mandarins of the health ministry know best. The ministry has sent out circulars to understand smoking patterns, especially what will work or what would not work in India.

The factors positively impacting the growth of the market were the rising awareness regarding health and increasing demand for ashless vaping devices. Instead of burning tobacco, e-cigarettes heat liquid nicotine or flavours to produce mist, in order to provide sensations similar to smoking, on puffing. E-cigarettes were developed as alternatives to traditional tobacco cigarettes. But still, the ban happened in 2019.

It needs to be remembered that the September 2019 ban happened under the guise of preventing potential health risks to India’s youth, it was passed as an ordinance, without debate or deliberation in Parliament and mostly ignoring both evidence regarding health risks and lessons from India’s multiple previous disastrous experiences with bans. There are many who are wondering – especially after the backtrack by the government on the farm laws – whether it is time to revisit the (de)merits of the ban and possible ways forward. E-cigarettes, being less harmful, do not completely eliminate the risk of health damage caused by nicotine or emission of certain chemicals.

But the health ministry has a different point of view. It has been often argued that in the absence of data and evidence from India, it would be instructive to look at two policy approaches followed elsewhere in the world and look to draw meaningful lessons for India’s next steps. But that also has not happened. Why? The government thinks vaping is not cool.

Countless evidence has pointed out that bans with severe penalties for violations or imposing high sin taxes rarely works. The basic idea is to reduce the harm by providing less risky alternatives like regulating alcohol content in drinks, offering sex education and condoms to teenagers, or mandating the use of helmets instead of banning motorbikes altogether.

The Health Ministry would do well if it takes lessons from the UK and the US and chooses a harm-reduction approach. Last month, the United Kingdom’s Department of Health said e-cigarettes could be prescribed on the National Health Survey (NHS) in a world first to help people stop smoking tobacco products. The move follows a similar decision taken by the Food and Drug Administration of the United States which said vaping products – it is scientifically proven – helps cut down smoking. Clinical trials have repeatedly proved that it is more effective than nicotine patches for smoking cessation and it has positive effects on blood vessels when tobacco smokers switch to e-cigarettes.

The basic idea would be to develop a regulatory plan for e-cigarettes that maximises smoking cessation among adults while limiting youth uptake. There could be more, like levying appropriate taxes, issuing public use guidelines, providing information about the product, enforcing a minimum age for sales, and individual product restrictions surrounding flavour choices and nicotine concentration in e-cigarette products. I have a feeling that if this works, larger public health goals can be achieved far more effectively.

The International Commission to Reignite the Fight Against Smoking says China and India are home to more than 500 million tobacco users between the ages 16 and 64 years. India also accounts for some of the highest rates of smokeless tobacco use and oral cancer in the world.

And a large segment of the smoking population in India – it has been conclusively proved – wants to change their smoking behaviour, some even planned to quit smoking. India has 250,002,133 smokers and tobacco prevalence in India is three times higher among men than women.

The Expert Group formed by the health ministry will have representatives from Niti Aayog, department of revenue, GST Council, CBDT and WHO. Hopefully, they will chart out a workable roadmap for the tobacco market.

Cox and Kings: Who is this man who is allegedly behind its woes?

(Once India’s leading travel agency, Cox and Kings Ltd have gone bankrupt. It was headquartered in India and the UK. Allegations against its promoters...

Gujarat a magnet of investments is a tribute to its ecosystem: Patel

Writers’ Building: A heritage which is victim of Rulers’ neglect in Bengal

Durga Puja is losing its sheen in Bengal: “Where are the orders for idols?”