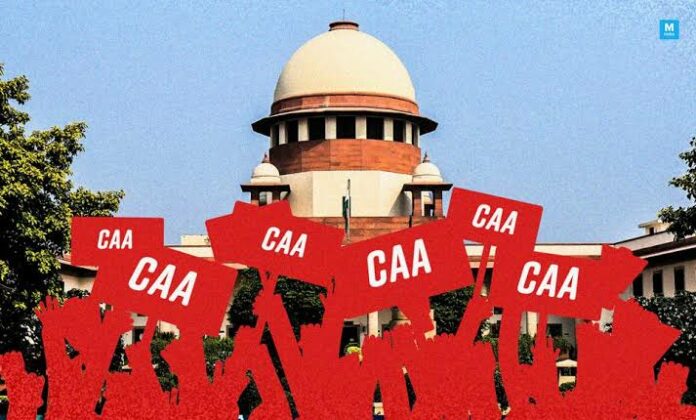 India’s Supreme Court is likely to crack the whip on Wednesday on a few dissenting states who have raised the banner of revolt against the Centre and are looking to bend the Constitutional norms which have served the country so well for over seven decades now.

The bone of contention is the Citizenship Amendment Act (CAA) which has met the mandate of the Parliament and strictly comes under Centre’s domain yet a few opposition states have struck it down in home assemblies and added fuel to the fire of protestors, out on India’s streets for over a month now.

India of dozens of states, hundreds of languages, thousands of castes, millions of gods and a billion plus people was envisaged as a federal structure by its founding fathers where states could run most of its affairs independently as long as they don’t interfere with the core of the Union which has restricted itself largely to defence, foreign affairs, communications, citizenship etc.

Such a division was enshrined in India’s Constitution which took four years of intense making and where legislature, executive and judiciary were so finely balanced that each knew of its roles and limitations. India also boldly trusted its millions of citizens, largely illiterate at the time of independence, to choose its representatives at the local, regional and national levels at periodic intervals, never more than five years apart.

A rare Constitutional success in Asia

If my founding fathers were venture capitalists, and if India was a start-up, it would have been a wildly successful investment.  India’s Constitution has survived when none have in Asia among the countries freed from the yoke of colonialism after World War II, barring Taiwan and South Korea. It’s a still bigger feat if one is told that Constitutions around the world have lasted a mere 17 years on an average since the French Revolution of 1789. It might have taken 15-lakh words but nearly 300 men who shaped the Constitution gave India the priceless gift of life.

India presently is in churn because a New Order has emerged which is threatening the entrenched class of political and academic elites. It’s a classic masses vs classes situation. Never has the embedded ecosystem been rattled so badly. It’s losing election after general elections as masses overwhelmingly are voting in favour of prime minister Narendra Modi who is a complete antithesis to a typical political elite: A tea-seller once, carrying no baggage of dynasty and an existential threat to cronyism.

It’s been only six months since Modi’s re-election but the speed with which a new India was changing its contours, be it on matters of Kashmir or Lord Rama’s temple, issues which had been frozen in a time warp for decades, has made the entrenched ecosystem sense a quaking, slipping earth below their feet. The new Citizenship Amendment Act (CAA) gave them an opportunity to spread the misinformation and stoke the fears of Muslims which has led to protests and riots on India’s streets. People are being openly incited to slam the door shut on Centre if it comes asking for their verifiable identity.

Thus a few opposition-ruled Indian states have been defiant and a few more have professed to do so in coming days. The protests have been sensationalized by India’s deplorable media which has long been part of ecosystem and thus not prepared to lose its entitlements. Western media, as ever, is fishing in troubled waters.

So is India coming off the wheels? Does the rebellion by a few of its people and states portend an approaching disaster? Has the historical and cultural animosity between Hindus and Muslims been unsheathed and won’t return till it has devoured its share of lives? Would a few states go ahead and declare themselves independent? Would India’s established institutions strike back and change India’s cherished Constitution forever? Would it make the Western sharks smell the blood in the waters and move in in the name of protecting “democracy” and “human rights”? And if that happens would a nuclear-armed South Asia became a flashpoint which could be humanity’s worst hour?

History often is a good guide in troubled times. It’s not the first time when states in India have rebelled against the Union. It’s also not the first time when people have indulged in anarchy or large-scale violence on India’s streets. It’s also not the first time when feelings have run high between Hindus and Muslims. But sooner than later, the order returns. And that’s because the two sides of the divide, political or religious, realize that they are better off with existing order than in trying to finish each other off. That in essence is the reason why India’s Constitution endures. That’s exactly the message Supreme Court is likely to declare on Wednesday. And that’s when the warring camps would return to their trenches.