Tax Reforms: All cheer but for Indian Express and The Hindu 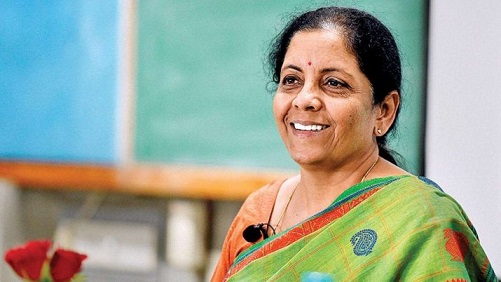 The corporate tax reforms of Friday are seen as the biggest in India since 1991 when India opened up its gates to the global headwinds of liberalization.

By slashing up to 10 per cent of the existing tax burden on the corporates, the Modi government has now made them internationally competitive, inviting investments both from within and abroad which in turn implies more growth, more jobs and more income—the surest way to spurt in consumption.

Good things under Modi government usually leave its opponent red-faced and into attempts at spitting the moon. Praise is impossible; prejudice is palpable and putsch is the goal.

Indian Express has an army of lowbrows and it’s always fun to see its toxic factory working overtime when good things are brewing.

So, this is how Indian Express reacted to Modi government’s Big Bang reforms of Friday:

“Analysts (no one is named or quoted) raise question over whether corporate would (indeed) reinvest the surplus, or (opt for) reducing debts or high shareholders’ returns.”

Smart alec isn’t it. I mean don’t we have the instance under UPA when provident funds of employees were swindled by powers? That scamsters like Nirav Modi, Mehul Choksi and Vijay Mallya were given loans to pay off their existing loans? That real estate barons took our money and diverted it into other projects? That subsidies and cash-sops meant for the poor were siphoned off by profiteers? What’s the guarantee that present tax-sops would help the nation and not the corporate-honchos?

Indian Express has of course obscured a crucial piece of the jigsaw. It’s how attractive Indian companies would now be to foreign funds. India is now as attractive as any other Asian country, or almost all, for multinationals to invest or move their production/assemblage operations to India.

Both Indian Express, and its comrade-in-arms, The Hindu, have lamented the fiscal deficit which would grow after Friday’s measures. Tax-cuts would mean lesser revenue for the government and hence the income and spending divergence would grow further. Both have shed copious tears.

But, as economist Surjit Bhalla tweets, the fiscal deficit arises from within. It’s endogenous, an outcome of policies…government budget deficit should be neither the goal nor the instrument of good policy. It’s the byproduct of good policy…Alas the lessons in Econ 000 escapes all the opposition and a large majority of professional economists in India.”

The Hindu goes at length to measure every penny which India would lose by way of these tax-cuts.  It says: “Ms Sitharaman said the revenue foregone is Rs 1.45 lakh crore…the bounty of Rs 1.75 lakh crore received from the Resere Bank of India, as dividend is obviously a cushion and it is this money that the government has now given away.”

Who are we to tell these foggies that no foreign investor invests in India because the “fiscal deficit” is not remarkable. They do it for growth since most of the world is starved for growth.

Sitaram Yechury, the known Modi-government baiter, is up to his old tricks: “Enriching Corporates: Heaping further miseries on people. Misappropriation of RBI reserves of Rs 1.76 lakh crore is now being transferred to corporates instead of being used for increasing public investment that will generate employment and boost demand.”

Kids’ stuff really. These were the same forces who were flashing a dipping Sensex as a sign that Indian economy has sunk. Now that Sensex has moved upwards like it never did in the last decade, they are suggesting that Sensex is no indicator of country’s economy!

Don’t think it would stop any soon. Modi would return from Houston and “Howdy, Modi” with a list of investments in India. It would rile these forces further. Sitaram Yechury is already saying that it’s a massive concession to foreign speculators.

I mean what do we do with such inimical forces who don’t see any good in Triple Talaq Act, Article 370 abrogation or Big Ticket reforms. When Parliament works at its optimum, there is a chorus what’s the rush in pushing through bills. When Ayodhya dispute is being unravelled daily, they have a problem with that too. Nothing which the citizens consider good for the country is deemed one by these forces.

(Post Script: Neither Indian Express nor The Hindu would tell you Prime Minister Narendra Modi used special powers to bring the ordinance to amend the finance bill to cut corporate tax rates before leaving for the US. Section 12 of the Cabinet rules empowers the PM to use the power of the Cabinet under special circumstances. Anything but Modi seen in good light.)