The Hindu join hands with BBC: What’s your response? 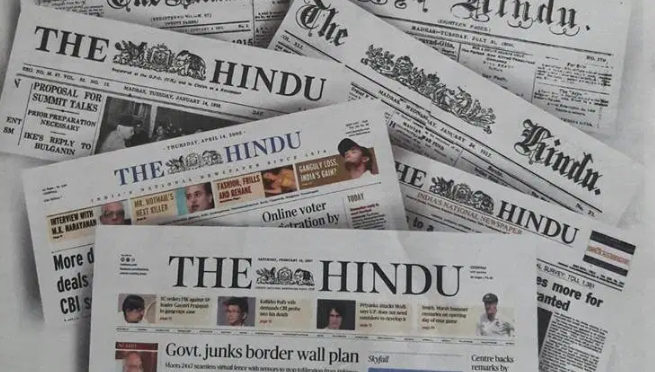 If you were a Rajdeep Sardesai or Shekhar Gupta or Barkha Dutt, you would wish for a return of pre-2014 days.  You could write or broadcast what you wanted, unchallenged, unquestioned; behemoth of India’s media, sought by global media outlets; prime ministers and presidents, kings and queens, knocking at your door for interviews; film stars lining up as if for auditions. You were firmly in your ivory tower, never seen in grocery shops or bookstores, metros or airports, malls or traffic stops.

Then winds changed. India’s right-wingers took hold in Centre. Websites, such as OpIndia and Swarajyamag among others, began nicking the bubble. The lies were exposed, bigotry was unmasked, anti-Hindu stance was bared in public. History began breaking free from the narrative of glorious Mughals, valiant Tipu Sultan, soothing Amir Khusru and pacifist Ashoka. One began viewing a Romila Thapar, Irfan Habib, Audrey Truschke, Sheldon Pollock in the light they deserved. Amartya Sen and Raghuram Rajan lost their halo. The benign mask of neutrality dropped like shame around our film stars and directors. Writers and academicians were revealed to be peddlers. Jurists and legal luminaries were found to be men of straw.

An avalanche was thus set in motion. The ecosystem began drowning in the outrage of the masses. Narendra Modi won over the poor; the intelligent found the counter-narrative on social media. Eco-system upped the game, terming every threat as trolls or bhakts. Internet warriors, on their part, found new converts. Eco-system termed the rivals as fake news peddlers. Lutyens Media began organizing debates and seminars to save their turf. Anyone or anything which didn’t agree with them was “fake news”.  The entire game was one of credibility – and they were losing it. The 2019 Elections confirmed their worst fears.

Now a new round of conflict has been set in motion. The eco-system has realized they have been outnumbered. Social Media platforms are rallying such mass to grow in size. The “fake news” narrative hasn’t helped. So they have now launched a new initiative. This initiative doesn’t just have newspapers and news agencies, it has also roped in biggies like the Google, Facebook and Twitter. “Fake News” has been given a new name of “misinformation.” What was seen as “local” divide in Indian context, now has acquired “global” dimension. We might just have stumbled upon the global network which feeds and breeds this “eco-system” to disrupt India.

The Hindu has a front-page anchor today where it has grandiosely announced that it is partnering BBC and other global media outlets to fight the “misinformation” in public domain. That it wants to protect its audience. That BBC set it in motion through a “Trusted News Summit” earlier this year. That those in it together include European Broadcasting Union (EBU), Facebook, Financial Times, Google, AFP, Microsoft, Reuters, Twitter, BBC and of course The Hindu. That,they would alert each other when a “misinformation” is to be fought.

It’s a new challenge to India’s internet warriors. So far, we knew the bias of, say Twitter, which suspended accounts (e.g of  True Indology, Sonam Mahajan etc) made twitterati remove tweets (Paresh Rawal) while those with similar offence (Shehla Rashid etc) kept flourishing. Netizens were able to dig up the dirt on Raheel Khursheed, CEO of Twitter (2014-2018), on his pro-Pakistan bias. Parliamentarians were outraged enough to summon twitter CEO Jack Dorsey. The clamour against Twitter’s alleged bias has only grown bigger in our times. Dorsey has admitted his staff could be overwhelmingly Left-leaning.

So how should internet warriors respond to this openly-aligned forces against them? First, it must leverage its numbers. Every sixth of twitter’s worldwide users is from India. Is has grown in leaps and bounds in last two years. This collective might must be leveraged by netizens, hopefully under the benevolent gaze of the government.

The time perhaps has also come for India to come up with their own micro-blogging platform such as one of Sina Weibo which China has. It’s a mix of Instagram, Facebook and Twitter. India could thus also protect its own data. The internet giants would have no option but to fall in line.

Importantly, The eco-system is getting ready to bite you—what’s your response?