The Kashmir Files: It shames both Supreme Court and our State 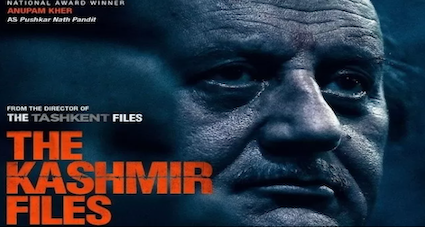 It’s likely you would watch The Kashmir Files. You also might not watch it if you are on the wrong side of history. There are always two lenses through which Indians see issues these days. There’s nothing in between.

But these are not issues. These are lives. We have around us some 350,000 Kashmiri Hindus, their children and grandchildren, who carry scars of killed, raped, dispossessed, separated etc with them. Ironically, we are no less guilty or complicit than the State or Judiciary which has done except offer some cardboard reactions.

Three years ago, the Supreme Court refused to entertain a petition which sought probe and prosecution of those guilty. The bench of Justice DY Chandrachud and Justice JS Khehar threw it out of the window. The Supreme Court said: “You (petitioner) sat over it for last 27 years…”

It could’ve rued they too sat on it for 27 years.

Not that there was no Suo Motto then like it is for Lakhimpur Kheris these days.

Or as if the SITs didn’t exist like the one which was formed by the Supreme Court to look into Gujarat Riots.

It’s also not that there were no midnights then like it was for Ahmed Patel’s election or Karnataka government formation.

At least there could’ve been a pretence of justice.

Like it is on flight of Hindus from Bengal in the aftermath of assembly polls last year.

Or like the committee which was formed to look into the farm laws, now repealed.

Or the latest eyewash on breach of security of the Prime Minister in Punjab before the assembly polls.

Not that the Supreme Court covered itself in glory on the 1984 anti-Sikh riots either.

In 2011, Human Rights Watch lamented that the Indian government had “yet to prosecute those responsible for the mass killings.”

The 2011 WikiLeaks cable, claimed the US was convinced of Indian National Congress’ complicity in the riots.

The CBI believed the genocide had the support of Delhi Police and some officials in Delhi.

In 2011, multiple burned sites of Sikh killings were discovered in Hondh-Chillar and Pataudi ares of Haryana.

So far just one conviction after 38 years.

Now please don’t ask me whatever came out of the 2013 Muzaffarnagar riots or could happen in Delhi riots of recent memory.

The high-chairs in judiciary know some issues are taken care of by Time.

Not that the State did any better. It too did little.

Their stenographers we call Media didn’t bark either.

There was no searchlight on these internal refugees.

No those resolutions in assemblies.

No those Occupy Street andolanjeevis.

No real action on ground.

The least the State could still do is to set up a Truth and Reconciliation Commission, like we had in South Africa, and nearer home in Bangladesh.

Indeed, there have been over 40 such Commissions worldwide over the years where victims of a genocide or pogrom, have come forwarded, narrated their horror and named the perpetrators under a oath.

It could’ve opened the floodgates.

Victims would’ve got justice; guilty the punishment and a deterrent put on such excesses in future.

Our complicity then and now is that we are indifferent. We are still debating if The Kashmir Files is worth our time. We aren’t sensitive to the risk the film-makers and actors, and indeed the entire crew, has taken on touching a taboo of a subject. They invested time and money. They have put their careers, if not lives, on line. It could’ve remained as unviable as their previous venture Tashkent Files was. They are pariahs to those who run our eco-system.

Truth has always been vulnerable to powers.

Those who dare to stand by it need support.

We the citizens need to watch guard it with dialogue.

Its unlikely the State or Judiciary would be of much help.

Alain Soral in France says and writes things which are unpalatable to the establishment. There are dozens and dozens of cases against him. Media has boycotted him. No TV channel is now interested in inviting him. But his videos and essays and books have following in millions. He educates the masses of things they don’t hear or see. He spreads truth at grave risk to himself.

We, the citizens, too need to encourage our Alain Sorals. That’s our sole protection, not the system and those who run it.