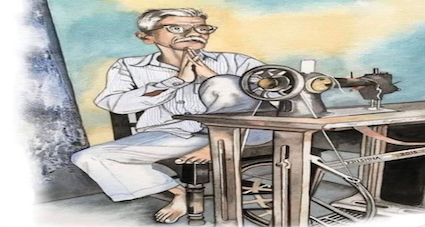 How far would this barbaric Udaipur beheading travel?

Travel, which either happens by “narrative” or in “real world”.

A few of those who set the narrative, are described thus by an elite twitterati:

And then there are those who want Hindus to wake up to the “real world”:

Those who set the narrative of course aren’t just limited to journalists and fact-checkers.

It’s an eco-system which breeds on political and foreign patronage; hinged on judiciary which treats them with kid gloves.

Sample this: Only a few hours ago, the Bombay High Court has given bail to a UAPA accused for it didn’t find the latter accepting Oath in the name of ISIS chief as “Caliph of Muslims”,  INCRIMINATING.

Any reaction to Udaipur beheading would be dubbed by these peddlers as an act of Islamophobia; where an entire community is paying price for the sins of a few.

These schemers would lose no moment to say “Terror-has-no-religion” while any act on the other side is “Hindu Terror” to them.

It is another matter that this “entire community” wouldn’t have one voice saying: “I-am-ashamed-to-be-a-Muslim-today.”

Contrast these shameless, mute on Udaipur beheading to their orchestrated outrage on arrest of Mohammad Zubair this week.

This known fake-news peddler passed as fact-checker has moved Editors Guild of India and Digipub to beat their breasts in anger; never mind this man dog-whistled an entire eco-system against Nupur Sharma or heavily edits shows to inflame his agenda.

These narrators would find no link in the violence that followed in Kanpur, Prayagaraj, Hyderabad, Mumbai, Solapur, Ludhiana, Belagavi and in the states of West Bengal and Jharkhand, costing lives and thousands of crores: Or the Udaipur beheading now.

And we are not even counting the attack on Afghan Sikhs in Kabul as its sequel.

Those who released a cropped video of Nupur Sharma to unleash communal mayhem are now asking others to refrain from sharing Udaipur beheading videos.

These despicables who champion “freedom of expression” would make no effort  to explain what did Nupur Sharma say which was wrong; and why calls for her rape and beheading is not a matter of “human rights” to them.

So these wretched can’t see the dichotomy in their positions against a so-called fact-checker to how they behaved when celebrated Arnab Goswami was dragged by his collar into a petty criminals’ van and tossed into a jail.

You won’t find these viles question even once how this fact-checker suddenly had Rs 50 lakhs in his account or why he reformatted his phone as soon as the cops knocked on his door.

And now Supreme Court is subject to their virulent attacks after it destroyed the years of lies built by Teesta Setalvad and her NGO which BJP’s Gaurav Bhatia alleges to be at the behest of Sonia Gandhi.

Where are the Good Indians?

If there are good Indians, and said to be overwhelming in numbers,  it’s time they come out and be counted.

They shouldn’t hide behind Islam and scuttle an NRC, Uniform Civil Code or population control measures.

They shouldn’t support triple talaq or Hijab in a public institution with a dress code.

Or be outraged at course correction in history which glorifies the bloody rule of the Mughals.

Or give a public call to boycott trade or services offered by Muslims: It won’t help but only build discontent which would play into the hands of Islamists/Jihadists.

These good Indians should offer a joint front against narrators which deceive or dump them; against politicians who sense a bounty in polarization; and make our Courts acutely aware of their inconsistencies.

IF ANYTHING, BOYCOTT THEM.

And it is only good Indians who would encourage Hindus to be counted, beyond their digital outrage on mobiles and laptops.

For, how many of us, have actually thought of helping Kanhaiya Lal’s family?

There, is my poser to you.